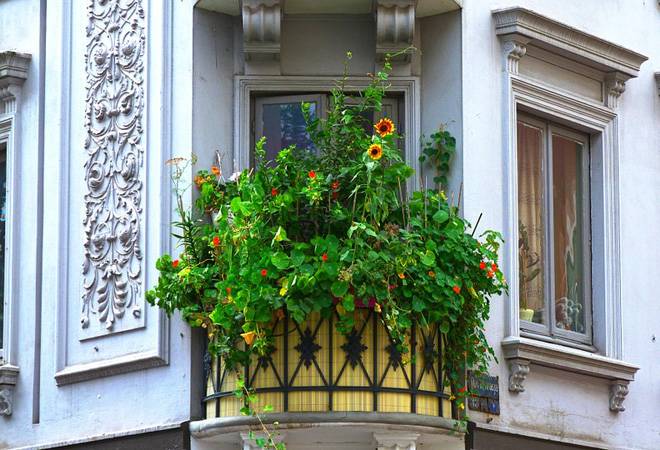 India moved down seven spots in the global home price index to 54th rank in Q3 2020 against 47th rank in Q3 2019, with a decline of 2.4 per cent, year-on-year (YoY), in home prices, according to Knight Frank India's latest report. Compared to previous quarter, Q2, the ranking remained unchanged to 54th spot amongst the 56 countries and territories tracked in Q3 index.

The Global House Price Index tracks the movement in mainstream residential prices across 56 countries and territories worldwide using official statistics. In 12 months, percentage change for the period Q3'19 to Q3'20, Turkey continues to lead the annual rankings with prices up by 27.3 per cent, followed by New Zealand at 15.4 per cent and Luxembourg with 13.4 per cent rise. Morocco was the weakest-performing territory during the quarter, with a 3.3 per cent fall. 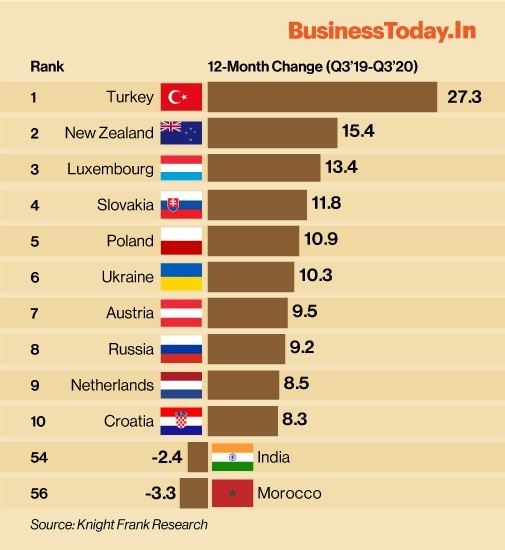 Mainstream residential prices across 56 countries and territories worldwide saw a slight price correction - average annual rate change of 4.5 per cent compared to 4.7 per cent in the second quarter. According to the report, 16 per cent of the surveyed global countries and territories registered a decline in yearly price growth. In Q2, many housing markets remained frozen and saw a sharp rebound in sales and prices in the third quarter, including New Zealand, UK and the US, while others witnessed only a marginal impact on pricing including China, France and Germany.

"In order to combat the adverse economic implications of the pandemic, real estate developers started innovating their marketing strategies which included financial benefits, discount, and easy payment options to attract buyers. While the overall real estate sector dynamics continue to remain strained, there has been a meaningful improvement in sales in Q3 2020," the report added.

Infra tenders jump 27% in Nov due to health, water projects