Pfizer and BioNTech recently announced that their vaccine candidate BNT162b2 has shown over 90 per cent efficacy in preventing coronavirus, as per data from Phase III clinical trials 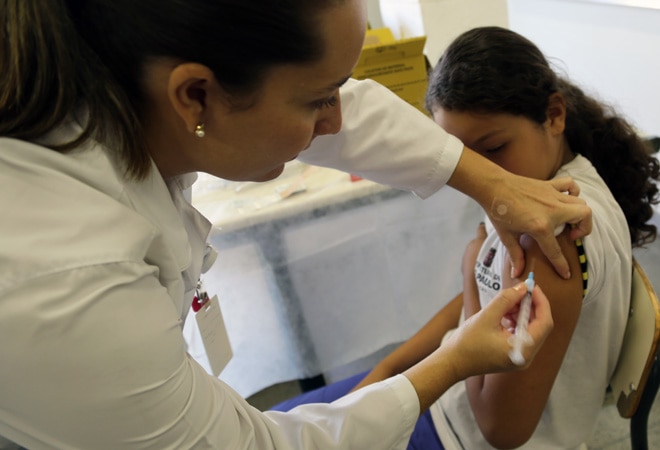 Volunteers who received Pfizer's experimental COVID-19 vaccine complained of side effects including severe headaches and fever, a report revealed. The report came shortly after Pfizer claimed that its vaccine candidate has shown 90 per cent efficacy against the virus.

A 45-year-old volunteer told UK's Daily Mail that the side effects after the first shot of COVID-19 vaccine candidate were similar to a flu jab. However, the symptoms became 'more severe' after she received the second shot.

Another volunteer, Glenn Deshields from Texas told the daily that the Pfizer vaccine made him feel like he had a 'severe hangover'. But the symptoms quickly cleared up, he added.

Carrie, another volunteer from Missouri, said that she had received her first shot in September and her second shot last month. With the first shot, she experienced headache, fever and aches all over her body, but these symptoms became 'more severe' with the second shot, she told the Daily Mail.

Both Carrie and Glenn said that they were happy with the Monday's new that Pfizer's vaccine has shown over 90 per cent efficacy against coronavirus.

ALSO READ: Govt in talks with Pfizer for COVID-19 vaccine after successful trials

US-based pharmaceutical major Pfizer and German biotech firm BioNTech announced on Monday that their COVID-19 vaccine candidate, BNT162b2, was found to be more than 90 per cent effective in preventing COVID-19. The trial result was based on the first interim efficacy analysis conducted on November 8, 2020, by an external independent Data Monitoring Committee (DMC) from the Phase-III clinical study. The vaccine candidate is currently in late-stage vaccine trial.

The Phase-III clinical trial of BNT162b2 began on July 27 and has enrolled 43,538 participants to date, 38,955 of whom have received a second dose of the vaccine candidate as of November 8, 2020. Approximately 42 per cent of global participants and 30 per cent of the US participants have racially and ethnically diverse backgrounds.