Jio retorted to Airtel's barb of technical glitch in the network by saying there were no call drops on its network and only when its customers made calls to Airtel users that they faced problems. 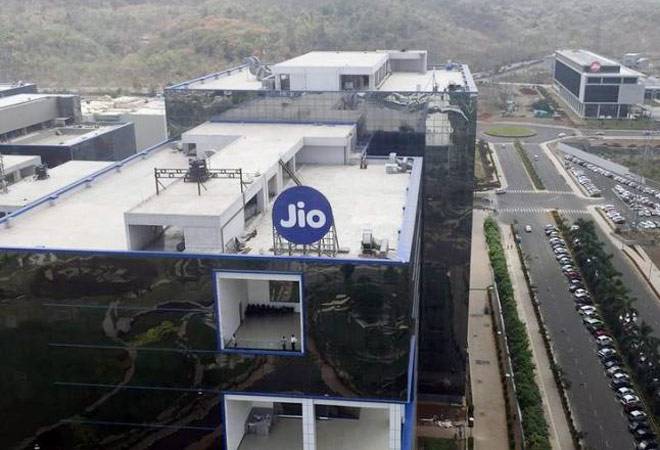 Mukesh Ambani-led Reliance Jio and Bharti Airtel continued to spar on Sunday with the former accusing the dominant incumbent of providing less than one-fourth of the Interconnection points to complete calls and the Sunil Mittal's firm hitting back by saying the new-comer was in fact facing technical problems.

Jio retorted to Airtel's barb of technical glitch in the network by saying there were no call drops on its network and only when its customers made calls to Airtel users that they faced problems.

First Reliance Jio Infocomm Ltd (RJIL) responded to yesterday's statement of Airtel on releasing points of interconnect or PoIs saying the points being provided to enable its users to complete call on existing operators network were "substantially less".

Airtel responded by calling the statement as a "constant rhetoric" that may be a "ploy" by Jio to cover up some technical issues in their own network, which is causing call failures.

Not to be outdone, Jio issued a second statement late in the night accusing Airtel of "misleading" the issue and said "while there are over two crore call failures every day between the two networks, there are no incidents of call failures within the Jio network".

"Jio, being the aggrieved party as everyone is well aware, is doing its best to work with all the other operators to resolve this issue at the earliest. There is no question of any delay, not even of a few hours, in taking any steps at Jios end," it said.

In the statement issued in the morning, Reliance Jio said, "The quantum of POIs proposed to be released by Airtel is substantially less than the requirement estimated based on transparent workings shared with Airtel.

"Based on the current traffic flow between the two networks, the proposed augmentation by Airtel would still only suffice for less than one-fourth of the required interconnection capacity."

Responding to the statement, Bharti Airtel categorically denied what it called was "the rhetorical statements made by Reliance Jio with regard to the release of additional PoIs from Airtel to Jio and mobile number portability (MNP) requests".

"Following the bilateral discussions on September 13, 2016, Airtel agreed to release the additional PoIs to Jio on the same day itself and raised the demand notes on September 14, 2016.

This capacity will be sufficient to serve over 15 million customers, which is much more than their present subscriber base and their demand for 10 million projected customers," Airtel said.

Stating that it has ensured that there are no capacity constraints from its end, Airtel said it is providing PoIs to Jio, well ahead of the commencement of its commercial operations.

"The additional PoIs now need to be physically connected and tested by both parties. We have already requested Jio's cooperation in this regard. Airtel's network teams across circles are ready and waiting for Jio to commence the testing.

"However, it is Jio that seems to be dilly-dallying on the issue and not cooperating deliberately," it said.

It said call drops or the lack of VoLTE stabilization should not be hidden behind the issue of PoIs, which are being augmented at regular and quick intervals.

Reliance Jio said it is not right that any operator has to block MNP requests.

"Many of the customers have already been denied this facility without cause. We speak on behalf of customers when requesting that such porting requests should be honoured.

"It cannot be coincidental that all requests made for MNP to port to Jio network have been rejected by Airtel on unsubstantiated grounds and not even one MNP request has been approved, when Airtel claims that it ports-out thousands of customers every day across operators. It clearly establishes that this is being done deliberately when requests come to port to Jio network," it added.