Employees' ability to influence change and work on complex projects early in their career makes ICICI Bank the most preferred workplace in the BFSI segment.

When Ashish Shah joined ICICI Bank as a management trainee in 2014, little did he know that he would be managing the rating assessment system of India's second-largest private bank in the next two years. As a trainee, he suggested changes in the risk management system that were not only well received by the bank's top management but also implemented.

"Very early on, I got a chance to work on assignments which most newcomers at any bank can dream of only after five years of experience. The empowerment that ICICI Bank provides is unmatched in the sector," says Shah, now a Chief Manager in the bank's credit risk department.

Shah is not the only one learning more and growing faster than his peers outside ICICI Bank. Aakriti Pandit, a management trainee who joined the bank last year after finishing her MBA from XLRI, Jamshedpur, echoes his views. "What stands out is the exposure I get here. In just nine months, I have worked in five different fields of HR (human resources), including talent management, recruitment and leadership development. The trust reposed in us, the support systems, and room for making honest mistakes is what differentiates ICICI from the rest," she says.

Despite different specialisations, Shah and Pandit have one thing in common - they say they feel empowered. This empowerment is at the core of ICICI Bank's HR policies, which make it India's fifth most preferred organisation to work for. 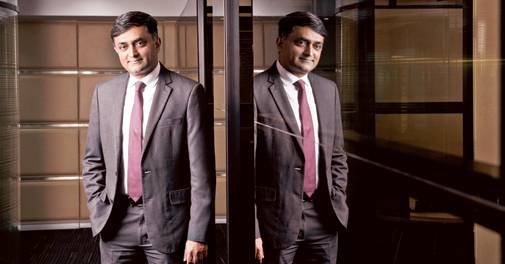 "Employees can express their points of view freely, and if their voices have reason, they can impact policies. We are a democracy of sorts. The fact that an employee can influence change is empowering," says T.K. Srirang, Head of Human Resources at ICICI Bank. "I keep saying we are a vibrant democracy. There is enough room for disputes and you can have differing views," he says.

One of the advantages of working in ICICI Bank is that one gets to work on complex assignments early on in the career. "I think the complex nature of the role, and the learning on the job, is unmatched in the industry. We give employees high level of responsibility very early in the career to grow. If you work with us for three years and go to your college alumni meeting, you can be rest assured that the job you are performing will be at least twice as complex as being done by any of your friends," he says.

For ICICI Bank, all this is imperative. With a headcount of over 82,000, it has to continuously evolve to not only attract and retain the best talent but also expand its customer base. Srirang is working overtime to implement policies that meet the twin objectives.

"I think one big shift we are doing is moving away from a highly defined organisation tree to what we call ecosystem-based organisational networks. We are crafting out customer eco-segments and servicing the needs of the ecosystem through a very flexible structure," says Srirang.

So, instead of having separate teams to serve retail, SME or corporate loans, the bank is focussing on creating an ecosystem involving members from all teams. So, if a corporate has to be serviced, it also makes sense to service its employees' salary accounts, home loan needs, personal loan needs, as well. "To capture the entire ecosystem, this team will have a retail member, a corporate banking member and a commercial banking member. They will be part of the parent team but also assigned to this team. We want a good share of the ecosystem," he says.

When the assignment ends, some network members may move to another network. "This will be a cross-functional team which will essentially organise itself around the ecosystem. Otherwise, traditional organisations, including banks, are organised around very defined lines. With the evolving competitive landscape, it is important to organise ourselves in a manner that serves the interests of the customer," he adds. For Srirang, customer experience is part of the product. "This whole agile structure is going to be redefined. It will also throw up a lot of opportunities for people. At this stage, we are into it and we are going to further expand it. Already many groups today are multi-reporting to various people but we are trying to further formalise it as teams going forward," he adds.

ICICI Bank is also trying to reduce hierarchies by de-layering. "If you want to remain agile and increase the speed of response to the customer, the communication which runs through the layers of the organisation has to move fast. And that can happen if it is as flat as possible. So, we are trying to reduce the number of levels and empowering our teams to take decisions at the local level," says Srirang. 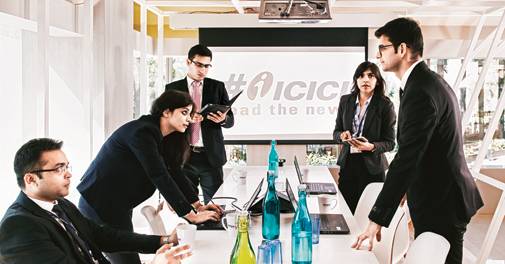 But this is not restricted to the layers of the organisation. The bank is also trying to reduce certain symbols of hierarchy such as separate floors for senior management. "We have moved to employee floors and done away with what we call symbolic artifacts (of hierarchy). We believe that one needs to be accessible to employees. Physical distance can be a symbol of accessibility. That's a big shift that we have done," he adds.

That's precisely why Pandit feels comfortable approaching her seniors for guidance. "I can walk into the cabin of my boss or super boss any time I need guidance or mentoring. We can voice our opinion even if it is different from that of others," she says.

Besides, the bank has done away with grades. "All of us have moved to what we call role-based designations because grades in some sense also reflect hierarchy. So, what is important is that someone is a business HR manager. Now that business HR manager can be an assistant manager or a chief manager," says Srirang.

ICICI Bank is also ensuring that all its internal meetings don't have a specific seating structure. The front is occupied by those who turn up first and not necessarily the managing director. "We are trying to break structures to signal to employees that we are all here as a team and have roles to perform, not necessarily in terms of hierarchy." The company has also changed its car policy. "You could understand the hierarchy of an employee based on the model of the car. So, we have cashed out the benefit," says Srirang, adding that it was a suggestion from employees only. However, some functions, like distribution, will continue to have some structure in place. "Overall, it is going to be dynamic. In some cases, there will be a network kind of a structure, and in some cases it will be flat," he says.

While ICICI Bank continues to work towards reducing hierarchy and blurring grades, it continues to stand out for its women-friendly policies. Women comprise around a third of the workforce, more than the banking industry average of 21 per cent. And it is not without reason. Women get extended maternity and medical benefits and the management makes sure that young mothers don't lag behind in careers by ensuring they attend all important trainings and meetings in every location. "We bear travel and stay expenses of not only our women employees but also her child and a caretaker. The aim is to ensure that women don't miss out on any opportunities because of motherhood," he says.

And women are allowed to opt for medical insurance for parents as well as parents-in-law, a policy which is still new to India Inc, where employees get to choose only one set of parents. "That choice often leads to conflict. So we have allowed both sides to enroll," he says.

For now, ICICI Bank seems to be on the right track. It is trying to balance employee engagement and growth with customer centricity. If it can marry the two well, it can be sure of being the preferred choice for banking professionals in the years to come.