Call them new-age companies with established business models or data- and technology-driven platforms that have permeated our daily life via smartphones. Either way, these online giants - the ride-hailing giant Uber, the ecommerce behemoth Amazon, the fast-growing hotel aggregator Oyo Rooms or the home-grown ecommerce major Flipkart - are important recruiters on leading business school campuses.

The reason: they are finding talent that they can use to put their fast-growing companies on an even faster track. For instance, these online and related ventures absorbed nearly 10 per cent of the total batch at IIM-Ahmedabad in the last final placements for 2018. This was up from 5- 6 per cent in the previous year.

And what they want from students is as diverse as their business models. "The importance of exposure to data science, analytical skills and problem solving are critical in a company like Uber and have become a baseline requirement for us," says Vishpala Reddy, Regional HR Director - APAC, Uber. 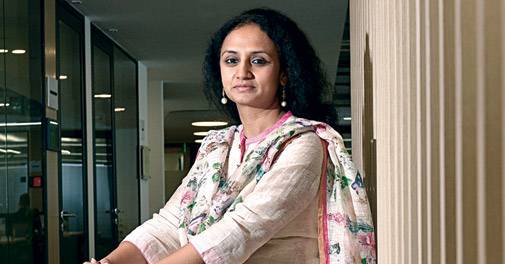 In keeping with this, she says, "Our selection process has kept abreast of our changing needs where aptitude tests are reflective of the skills we look for. All hiring panels on campuses comprise cross-functional leaders to stress the importance of looking beyond functional skills."

That apparently is with good reason, for she believes that the ride-hailing major "is a data-driven technology company" where people "work on cutting-edge technologies to build a service focused on products and solutions that enhance the experience of riders, drivers and courier partners."

"Therefore, in addition to functional skills like sales, marketing and operations, we look for candidates who can work collaboratively across functions, have a big picture perspective and are aligned to the mission of the company." The company is making it a point to emphasise this given its close engagement with B-school campuses where it conducts case competitions, campus ambassador programmes and invests in "tech talks with visiting Uber global leaders."

"As we strengthen our footprint in India, our focus on bringing the best minds on board becomes more important than ever before," says Reddy, pointing to the range of campuses the company visits. "We have a well-defined campus strategy and recruit from IIM-Ahmedabad, IIM-Bangalore, IIM-Calcutta, IIM-Kozhikode, IIM-Lucknow, ISB, MDI and XLRI. We revisit our list each year depending on our needs."

But then, its strategy is also backed by pure technical expertise that it hires from "several engineering colleges in the country." The net numbers are growing. Reddy, the Hyderabad-born people's person for the company, says, "Campus recruitment is an integral part of our talent strategy and we are seeing almost 50 per cent growth in numbers year on year linked to our growth plans in the India-South Asia region."

The others are not too far behind. "Since the inception of our university programme a few years ago, our hiring has grown at 40 per cent CAGR," says Deepti Varma, HR Director, India, Amazon. "We are looking for self-starters who thrive in a fast-paced and agile environment. This means being able to deal with ambiguity, wearing many hats, being able to change direction quickly and showing eagerness to learn new things. We look for talented individuals who can become effective leaders capable of leading large, complex organisations and exhibit strong judgment in decision making."

The company's requirements have changed over time as it has grown and evolved in India. "In the early days of Amazon.in, our hiring from management schools across India was mainly for roles in operations as we were setting supply chain and logistics and fulfilment infrastructure and expanding the selection offered by sellers. Since then, our business in India has scaled up significantly, necessitating the need for adding more skill sets."

"Companies such as Uber, Oyo Rooms and Flipkart have recruited in significant numbers from the campus," says Kanwal Kapil, Dean, Placements at MDI. They also hire from other places. For instance, Oyo Rooms talks about its civil engineers, interior designers and AI scientists. "These companies tend to look more for people with an analytical bent of mind and an entrepreneurial mindset," says Kanwal Kapil. 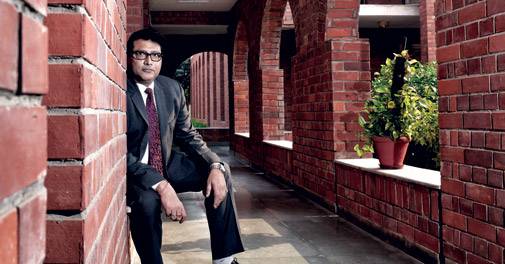 Same was the case at other leading business schools too. For instance, Professor Amit Karna, Chairperson, Placements at IIM-A, says apart from the growth in numbers in consulting, another sector which picked up more students than last year was online and related ventures, which absorbed nearly 10 per cent of the total batch in the last final placements for 2018. This was up from 5- 6 per cent." This was also the case with IIM Calcutta (IIM-C), which says Uber, Ola, Amazon and Flipkart were some of the major recruiters at its campus in 2018.