News
SPECIALS
India's Most Valuable Companies 2018
Caught In The Middle

A big transformation is happening in the global generic pharmaceutical industry. As a result, stocks of most major drug companies have done badly in the past one year.

"When our roads were bad, the Bajaj Chetak scooter became a hit. Over the years, motorcycles gained popularity, and when roads became better and more motorable, electric scooters became popular and obliterated many popular scooter/motorcycle brands and models. Value migration happens in every industry at some point or the other. The generic industry is going through such a transition," he says.

That is why the pharmaceutical and healthcare sector - considered to be broadly insulated from market swings and regarded as a safe investment for stock investors - is the only sector that destroyed investor wealth (it fell 2.6 per cent) in October 2017-September 2018 over the year-ago period. Its average market capitalisation fell from Rs 7,17,453 crore in the October 2016 to September 2017 period to Rs 6,98,896 crore during the October 2017 to September 2018 period. Half the top ten companies in the sector registered growth in market capitalisation. The fall in the average market cap was primarily led by heavyweights Sun Pharmaceutical and Lupin Ltd. Sun's market value, for instance, fell 11.25 per cent from Rs 1,48,534 crore to Rs 1,31,816 crore. Lupin fared worse; its market capitalisation fell 34.22 per cent from Rs 59,049 crore to Rs 38,842 crore. Similarly, Dr. Reddy's Laboratories' market cap fell 17.72 per cent. The other losers in the top ten were Zydus Cadila (-7.47 per cent) and Aurobindo (-6.67 per cent). The gainers were Biocon (66.49 per cent), Cipla (6.14 per cent), Divis Laboratories (34.07 per cent), Emami (5.25 per cent) and Alkem Laboratories (11.44 per cent).

Analysts credit Biocon's performance to its long pipeline of next generation products, progress of approvals to biosimilars (identical copies of original biotech drugs) and the company's confidence about earning $200 million from biologics in 2018/19. Similarly, analysts are bullish on Divis and expect the company to report sales and profit compounded annual growth rate of 23 per cent and 32 per cent, respectively, between 2017/18 and 2020/21. The reasons for the bullishness include capacity expansion, pollution-related issues leading to constraints in supply from China which will open up opportunities for Divis and weakness in rupee against the US dollar that will make exports competitive.

But experts say Biocon and Divis are exceptions considering the trends in the sector over the past few years.

When India allowed process patents in 1972 that legalised manufacture of copycat versions of patented drugs, numerous generic companies stepped in to cash in on the opportunity. The industry developed great chemistry skills and companies such as Ranbaxy, Sun Pharma, Dr. Reddy's and Lupin became multinationals supplying generic drugs to almost all parts of the world. Naturally, all of them targeted the US, the world's largest drug market.

The US became the biggest and the most profitable market for most of these companies and source of 30-40 per cent of their revenues. That huge growth of the past two decades is now in limbo as changing industry dynamics and regulatory issues suffocate Indian companies in the US. In the past three years, the largest US channel partners - CVS-Caremark, Medco-Express Scripts and Walgreen-Alliance Boots - have merged and are now dictating terms to suppliers. This has caused steep price erosion and squeezed margins of companies that sell drugs in the US. "When we started (in 2005), five-six channel partners controlled 80-85 per cent of the market. Now, three players control 90 per cent," says Vinita Gupta, CEO, Lupin. That is not the only issue. Earlier, there were only five to ten players claiming to have made generic version of a drug at patent expiry. Now, as many as 30 companies compete for one drug, causing a big erosion in margins and market share.

Also, the US drug regulator, the Food and Drug Administration, is raising the bar for approval to drugs, and as a result most leading Indian drug companies are facing the heat. Apart from the troubled facilities of the now-acquired Ranbaxy, Sun Pharma is still struggling to fix its unit at Halol that accounts for 15 per cent of its production. Lupin's two out of eight units supplying to the US are in trouble.

The companies are also facing challenges in the domestic market, the first or the second largest market for most companies, with more drugs coming under price control. They are also struggling with the goods and services tax regime.

Anticipating the changes, most companies are now shifting to high-value generics, branded products, biologics and complex generics where limited competition ensures that returns are higher, but so are chances of failure. These also require different chemistry and biological skill sets, apart from huge investments, in comparison to simple generics. The companies now realise that selling plain vanilla generics is no more a profitable proposition. "Value migration happens in all industries. As the generic industry matures, it is transforming to specialty and complex generics. We are not alone and are geared up for the changes," says Lupin's Kamal K. Sharma.

"We expect the US generics market to remain competitive. Given the changed business dynamics, many of our generic R&D projects have become unviable and so we are rationalising generic R&D spends," Dilip Shanghvi, Managing Director, Sun Pharma, told analysts while discussing the company's performance for 2017/18 during which revenues fell 14 per cent to Rs 26,066 crore. Historically, Sun Pharma has been focusing on complex, limited competition, niche products with five-year payback period and 20 per cent-plus margins. 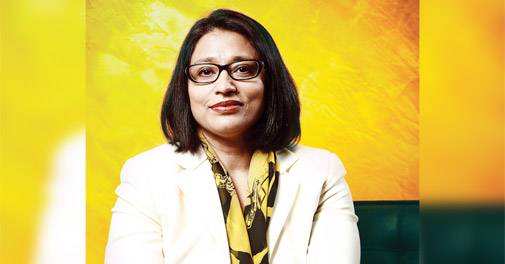 "The speed of changes in the market place was much faster than anticipated and our evolution in some of the new areas where we have invested should be able to offset the decline in existing business. Those have taken a bit longer to play out," says Lupin's Vinita Gupta. "Pain will continue for the next three-four quarters and then the big growth story will be back," says Nilesh Gupta, Managing Director, Lupin.

The industry is also trying to reinvent with partnerships and joint ventures for the launch of next generation products. The companies are also trying to tap the potential of markets like Japan and other emerging markets. Experts feel a wave of consolidation can happen soon as only companies with deep pockets will be able to survive the current turmoil.