Apart from charging your phone, the new Xiaomi power bank can also warm your hands when it gets too cold. 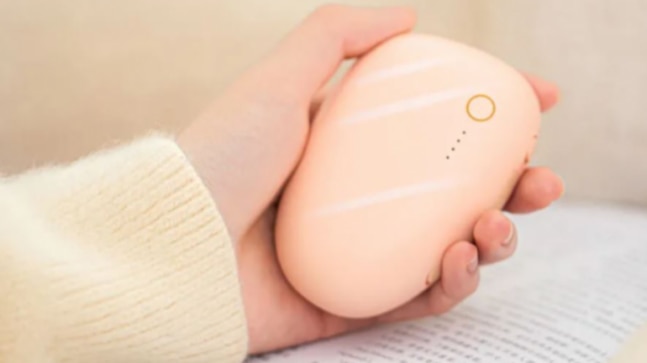 Xiaomi is known to launch whacky gadgets every now and then, and the latest on the list is the ZMI Hand Warmer/Power bank. The device as the name suggests is a hand warmer and a power bank in one, which can keep your hands warm in the winters and also ensure that your phone remains charged when it's running low on battery.

Sadly, the ZMI Hand Warmer/ Power Bank has been launched only in China for now and comes with a price tag of 89 yuan. For the price, it gets a 5,000mAh power bank that also powers the hand warmer function. Xiaomi claims the hand warmer is equipped with a PTC self-limiting temperature heating technology, a patented design that promises safety and reliability.

Xiaomi explains that the technology uses PID constant temperature control for precise control of the heating temperature, thus making it safe and stable. As per the information revealed by the company, in the safe temperature range, the device can get to the comfortable temperature of the human body which can reach up to about 52.

It is touted to charge an iPhone 12 quicker than the 5W Apple charger. The hand warmer is equipped with a PTC type temperature heating technology with a patented design that is said to be capable of controlling the temperature in a constant and precise way. The device can quickly heat up to a temperature that is comfortable for the human body, reaching a maximum temperature of around 52. Using its 5000mAh battery pack, the device when fully charged can switch between low temperature and high temperature for providing continuous use between 2-4 hours.

As for when switching the device to the power bank function, the device can be used to charge the iPhone 12 and with ZMI's USB cable, in about 54 minutes -- claimed to be much shorter than using Apple's 5W charger.

Additionally, the power bank is also compatible with other smart devices and smartphones. The company also claims that it can also charge low-current devices such as Bluetooth headsets and fitness bands. There's also an LED light which can be used as a torchlight. For those wondering if the hand warmer and power bank functions can be used together, Xiaomi has announced that of the two only one can be used at a time to improve security. As for security, the battery inside is a lithium-ion cell which can provide multiple circuit protection.