According to Just Dial Consumer Insights, e-scooters saw the highest year-on-year jump in demand at 220.7 per cent, while demand for e-cars was at 132.4 per cent, e-motorcycles at 115.3 per cent, and e-cycles at 66.8 per cent.

A recent report revealed that the demand for electric vehicles has skyrocketed amid high fuel prices as well as increasing pollution levels. Tier 1 cities are spearheading the trend for EVs. Delhi, out of all the Tier 1 cities, saw the maximum demand for both e-scooter and e-cars. This increase in demand is also in line with the government’s ambition to move towards cleaner fuels.

According to Just Dial Consumer Insights, e-scooters saw the highest year-on-year jump in demand at 220.7 per cent, while demand for e-cars was at 132.4 per cent, e-motorcycles at 115.3 per cent, and e-cycles at 66.8 per cent.

Delhi, Mumbai, and Bengaluru saw the highest demand for e-scooters among the Tier 1 cities, followed by Ahmedabad, Hyderabad, Pune, Chennai, and Kolkata. Mysore, Indore, Jaipur, Surat, Agra, Jodhpur, Sangli, Vadodara, Nashik, and Chandigarh were among the top-10 Tier 2 cities in terms of demand for e-scooters. 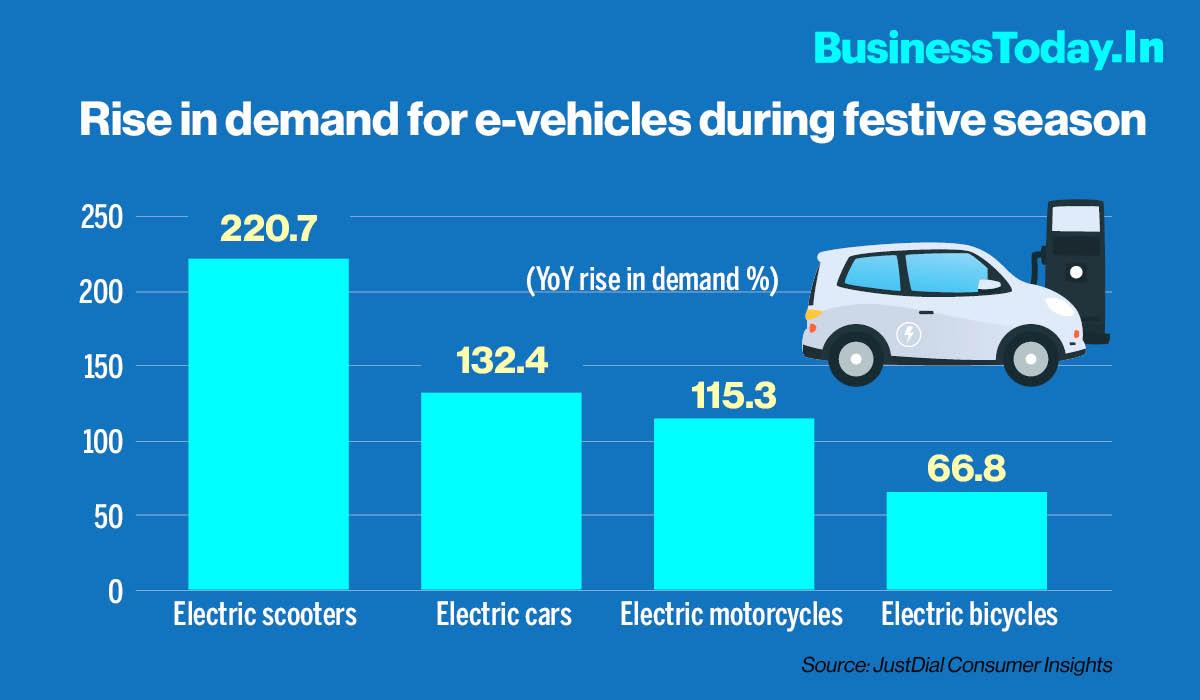 However, the trend was reversed when it came to demand for e-motorcycles, where Tier 2 cities overtook Tier 1 cities. Surat, Rajkot, Amravati, Nagpur, Vijayawada, Salem, Kolhapur, Pondicherry, Varanasi, and Bhavnagar were the top-10 Tier-2 cities, while Mumbai, Pune, and Bengaluru saw the maximum demand among Tier 1 cities.

“It is extremely encouraging to see the recent surge in electric vehicles, which can be taken as a build-up to tackle the concerning pollution levels in the capital and the nation at large, as well as the impending threat of climate change. With the lessons taken from COP26, it is evident that the world would need a strong and sustainable infrastructure to breathe cleaner air,” said Prasun Kumar, Chief Marketing Officer at Just Dial. 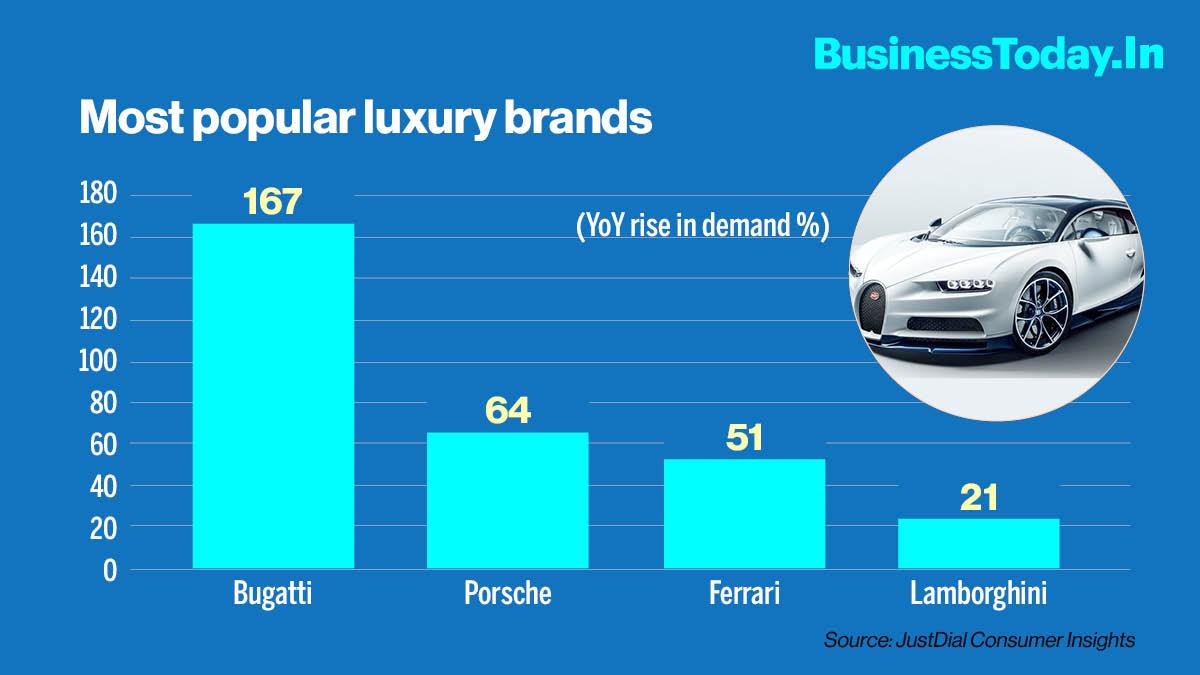 The report also revealed that the luxury segment also saw a spike in demand. Bugatti, Ferrari, Lamborghini, and Porsche saw a surge in demand. Bugatti was the most searched brand and saw a 167 per cent increase in demand this festive season, driven primarily by Delhi, Ahmedabad, and Pune.

Porsche was the second in line with year-on-year demand growth of 64 per cent, driven mostly by Delhi, and Pune in Tier-I cities and Chandigarh, Nagpur, and Guntur in Tier-II cities. Ferrari was next with 51 per cent demand with maximum searches from Bengaluru, Mumbai, and Delhi. Lamborghini’s demand shot up by 21 per cent with Mumbai and Delhi generating maximum searches.