As per reports, the Honda Grazia is expected to be powered by the same 125cc engine that runs company's incumbent flagship scooter Activa 125, which comes equipped with Activa Eco technology.

Honda will be launching their 'Advanced Urban Scooter', Grazia today. There has been no official render or pictures of the Grazia, so far but the company still began registrations for the vehicle last month. The two-wheeler is expected to be placed above the Honda Activa 125.

Honda two-wheeler dealerships across the country have begun accepting registrations for the new scooter for a token amount of Rs 2,000. Close on the heels of launching its rural-centric Cliq, Honda is going to launch its next offering Grazia soon. Touted as the advanced urban scooter, the Honda Grazia is expected to be suited for city riding as opposed to the Cliq which is meant for the rural riders.

With Honda Grazia, the Japanese automaker is targeting the young and cosmopolitan consumers in India, and it reflects in the design language of the new automatic scooter. Going by the available images, Honda Grazia will feature a sharp, wide apron along with wide footboard. The front of the Honda Grazia sports twin headlamps, with turn indicators placed on top of them. Moreover, it would seem that Honda has decided to go with dual-tone colour scheme to compliment the sharp lines that run along the body of Honda Grazia. The wheels on Honda Grazia are shown to be black alloys in the spy images, and will probably will be fitted withb tubeless tyres. The front suspension is going to be a twin-telescopic one. For stopping power, the Honda Grazia will have a single front disc brake and a rear drim brake. The USP of the new scooter is expected to be a USB mobile charging port, which is likely to be an optional feature. On the security front, the new Honda scooter will come with Combi Brake System (CBS), which distributes brake force between both wheels whenever the rear brake is applied. 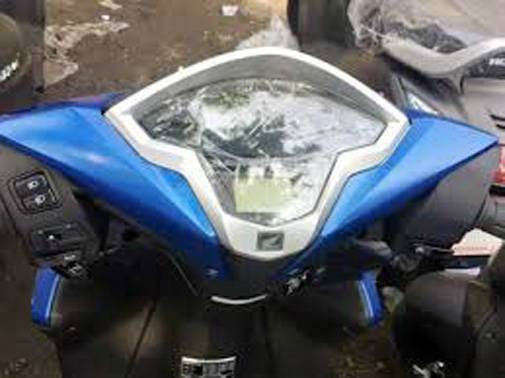 As per reports, the Honda Grazia is expected to be powered by the same 125cc engine that runs company's incumbent flagship scooter Activa 125. The engine comes with Activa Eco technology which reduces friction, improves combustion, and in turn results in better fuel economy. The engine can produce 8.52 bhp of power and 10.54 Nm of torque. The engine will be equipped with a automatic transmission.