Honor has a knack for designing good-looking smartphones. It was among the first few companies to experiment with the dual-colour effect at the rear panel 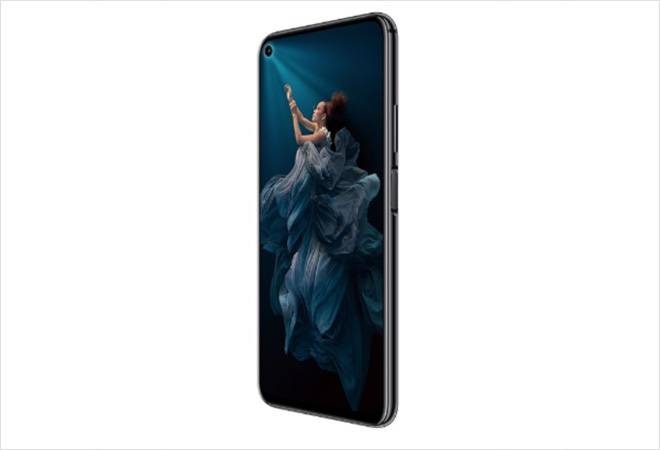 Huawei, along with its sub-brand Honor, has been quite aggressive in the Indian market for the last couple of years. However, the future of its smartphones appeared uncertain after US President Donald Trump restricted US-based companies to sell technologies to Huawei, but the Trump administration has already lifted the ban. All Huawei and Honor products continue accessing Google services and software updates. Here is our review of the recently launched Honor 20:

Design: Honor has a knack for designing good-looking smartphones. It was among the first few companies to experiment with the dual-colour effect at the rear panel. The Honor 20 successfully continues the legacy. The glass rear on the blue variant of the phone has got a holographic design, which looks stunning. However, our review unit was the one in black, with nothing fancy. Instead, the glass at the rear panel attracts finger impressions easily. There is a 6.2-inch near bezel-less display at the front, yet it is compact and comfortable to grip. Between the glass panels is the metallic chassis housing power button bundling capacitive fingerprint scanner and the volume button on the right panel, SIM tray on the left and Type-C charging port along with speaker grill at the bottom. However, added beneath the power button, the capacitive fingerprint scanner is comfortable to access and unlock the device. There is a flip side though. At one point, I accidentally unlocked the phone. But, overall, Honor 20 has a neat and pleasing design.

Punch hole display: Thanks to bezel-less display fever, the placement of the front camera has become far more important these days as it might hinder your viewing experience. Honor, instead of a notch, pop-up or a flip camera module, has opted for a punch hole on the top left corner of the display. This is not new. Samsung had a similar hole in its flagship S10 series. Is the punch hole a distraction while using the device? Not really! Even when used in landscape mode for streaming videos or playing games, it appeared at the bottom left, without hindering the viewing experience. The 6.21-inch display with the 2340x1080p display is sharp and produces great colours. I was able to utilise the bezel-less screen just by zooming in the videos on YouTube. I was also able to control the colour temperature and eye comfort mode from display settings that worked for me. A feature turned on by default is a smart resolution that lowers screen resolution to save power, which can be turned off with a touch of a toggle.

Camera: There is a vertical camera module housing a 16MP super wide-angle lens along with a regular 48MP sensor and 2MP depth assist sensor and flash. Adjacent to the depth assist is also the macro sensor.  The camera setup definitely sounds impressive on the paper.

The 48MP Sony IMX 586 is the best in the industry used in most of mid-budget flagship devices. This great camera hardware is topped with an intuitive and easy-to-use camera app with plenty of modes. There is an AI setting on the top within the photo mode, which when turned on identifies the nature of the subject. When pointed at plants, it identified the subject as greenery. The AI mode works well in most of the cases, but one cannot rely on it completely. At times, non-AI images turned out to be better. For capturing landscapes, the super wide-angle setting came in handy. It was accessible from within the Photo mode - the option appeared on the right corner of the frame. There are dedicated modes for capturing depth images - Portrait mode works well on humans and aperture mode works flawlessly with objects.

In all, the camera performance is impressive. Images captured looked good on the phone's display and were sharp with vibrant colours. However, in many images, the colours looked over-saturated. Samples shot during sunset were a little flat in colour. The super-macro mode was not impressive either. Instead, I preferred capturing images in the Photo mode. For low-light images, the Night mode came in handy. The 32MP front camera does a decent job.

Performance: The Honor 20 has got Magic 2.1.0 UI based on Android 9 onboard. The user interface is neat with all apps placed across the home screen. Google apps and services are clubbed together under one folder. Similarly, tools folder contains important apps such as contracts, calculator, recorder, backup, phone clone, translator and more. Honor 20 runs on Huawei's Kirin 980 chipset (7nm) and is paired with 6GB of RAM with 128GB of internal storage. The performance is top-notch as it managed to handle all tasks including multitasking, heavy graphic games, video streaming and more with ease.

Battery: This is yet another department where the Honor 20 scores well. A full charge of the 3750mAh battery lasted me a day with still 25 per cent juice left. The usage included a couple of hours of video playback, web browsing, camera usage, emails, social media and calls.

Verdict: The Honor 20 is not a perfect device and has its share of flaws. But, it is a good-enough device for Rs 32,999 and gives tough competition to OnePlus 7 and Asus 6Z.