'Unfounded and without basis': Harsh Vardhan on Chhattisgarh CM's concerns on Covaxin

Chhattisgarh CM had raised two primary concerns regarding Covaxin -- inhibitions on incomplete trials and absence of "expiration date". Dr Vardhan says vaccine approved after due evaluation of pre-clinical and clinical trial data and that expiry date is mentioned on its label 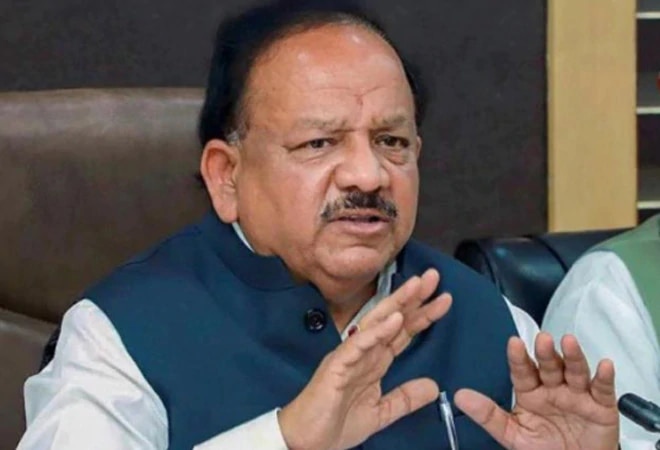 Wrote to hon'ble union minister of health @drharshvardhan ji addressing the concern of Chhattisgarh govt regarding the supply of COVAXIN to the state.

The primary concerns of the state are :
▪️The inhibitions regrading the incomplete 3rd phase trials of COVAXIN (1/2) pic.twitter.com/xLNj43hwRR

In his letter to the union health minister, the Chhattisgarh CM had raised two primary concerns regarding the supply of Covaxin to the state -- the inhibitions regarding the incomplete 3rd phase trials of Covaxin and the absence of expiration date on the vials of the vaccine.

"It's been brought to my notice that Covaxin vaccine too is getting delivered in our state shortly. As far as Covaxin, the vaccine is concerned, there's an inhibition/concern among the community in general regarding the use of Covaxin. This concern arises from the fact that clinical trials of phase 3 are yet to be completed and which brings forth a sense of hesitation regarding its use," Deo said in his letter to the union minister.

He said: "The vial of Covaxin does not display, expiry date. I would therefore request you, to kindly reconsider the decision to supply Covaxin to Chhattisgarh and only do this after the results of the clinical trial, phase 3 is over and results are made available," the letter further read.

Based on these two claims, he requested Dr Vardhan to halt the supply of Covaxin to Chhattisgarh until these issues are addressed to the satisfaction of the state health department to avoid the vaccine wastage.

Dr Vardhan in his reply said in light of urgent need due to Covid-19 pandemic, the Central Drugs Standards & Control Organisation (CDSCO) headed by Drugs Controller General of India (DCGI), which is national drug regulator, has approved only two vaccines after due evaluation of pre-clinical and clinical trial data.

He said the approval for Covaxin and Serum Institute's Covishield has been granted given the emergency in the country. "Both vaccines are being supplied to states/UTs are safe and immunogenic and should be used expeditiously to rapidly confer protection to prioritise beneficiaries," the minister said. Notably, while Serum, which has partnered with British-Swedish drugmaker AstraZeneca and the University of Oxford to develop Covishield, has conducted phase 3 trials, Hyderabad-based Bharat Biotech is still conducting the stage 3 trials in the country.