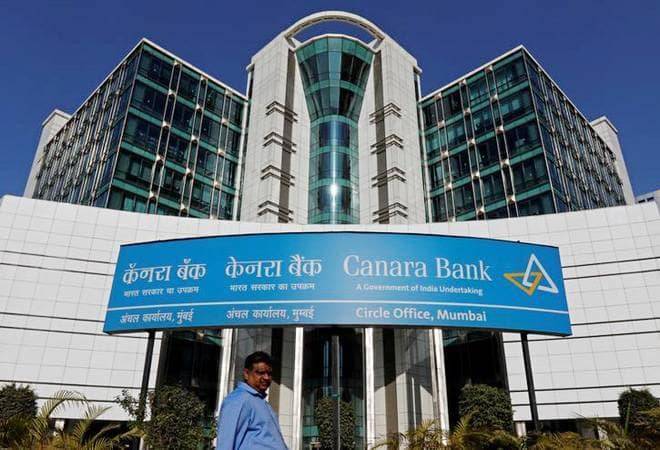 Canara Bank made a provisioning of Rs 5,375.38 crore for the March quarter of FY20

Canara Bank's net loss widened to Rs 3,259.33 crore during the fourth quarter ended March 2020 as compared to net loss of Rs 551.53 crore during the same period last year. The loss was attributed to higher provisions, harmonisation with Syndicate Bank, and amount for wage revision.

Its total income, however, increased to Rs 14,222.39 crore, compared with Rs 14,000.43 crore in the year-ago period, Canara Bank said in a filing to the Bombay Stock Exchange.

On asset quality front, gross non-performing assets (NPAs) continued to remain at an elevated level of 8.21 per cent in Q4 FY20, slightly better than 8.83 per cent in Q4 FY19. The percentage of net NPA stood at 4.22 per cent against 5.37 per cent last year.

The bank has opened 76.38 lakhs accounts under Pradhan Mantri Jan Dhan Yojana (PMJDY) and mobilised CASA deposits of Rs 2,874 crore as at March 2020, it added.

On COVID-19, Canara Bank said that due to lockdown impact on economy, the situation continues to be uncertain and the bank is evaluating the situation on an ongoing basis.

"The major identified challenges for the bank would arise from eroding cash flows and extended capital cycles. The bank is gearing itself on all the fronts to meet these challenges. The management believes that no adjustments are required in the financial results as it does not significantly impact the current financial year," it said.

Despite these events and conditions, there would not be any significant impact on the bank's results in future and going concern assumptions as at presently made, it added.

Ahead of earnings report, shares of Canara Bank ended Wednesday's trade at Rs 109.45 apiece, down 3.95 per cent, as against previous closing price of Rs 113.95 on the Bombay Stock Exchange.