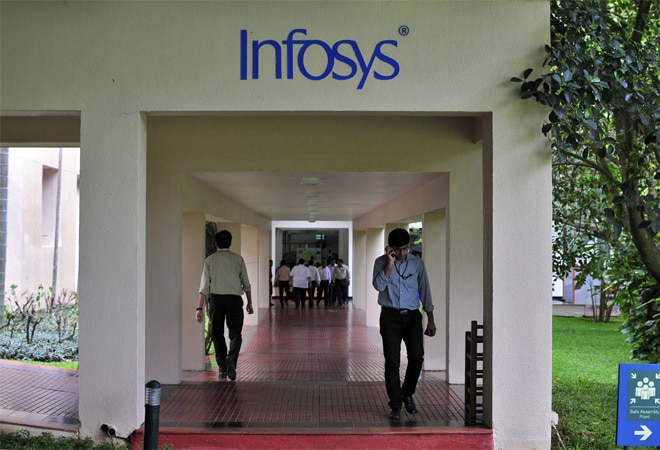 IT major Infosys announced a Rs-9200-crore share buyback programme amounting to 14.87 per cent of the total paid-up capital of the company, for a price not exceeding Rs 1,750 per share through the open market route. At the beginning of FY20, the company had changed its capital return policy, with an aim to return 85 per cent of the cash back to shareholders.

"So we have announced Rs 6,400 crore of dividends and Rs 9,200 crore of buyback, our cumulative pay-out for the last 2 years (FY20 and FY21), we would have paid out 83 per cent of the 85 per cent, which is clearly in line with the announced policy," said Nilanjan Roy, CFO, Infosys.

Unlike the tender offer where the price of the buyback is fixed, in the open market route which Infosys has opted to acquire shares comes at cap of maximum price of Rs 1,750 being paid for a share. With the company's last closing price hovering around Rs 1,397, the premium is justified, says Roy.

"This is a longer drawn process in terms of timing. Firstly this needs shareholder approval at the AGM and it's a longer process there on. So this will go on for the next 6-7 months if not more. Considering this, the maximum price of Rs 1,750 is quite fair," he said.

The board has also recommended a final dividend of Rs 15 per equity share, pending shareholder approval at the company's Annual General Meeting scheduled to be held virtually for the second time on June 19.