The OECD Secretariat's proposal is designed to grant new taxing rights to the countries where users of highly digitalised business models are located. This is to address the old criticism against Internet giants that they cut their corporate tax bills by booking profits in low-tax countries regardless of the location of the end customer. 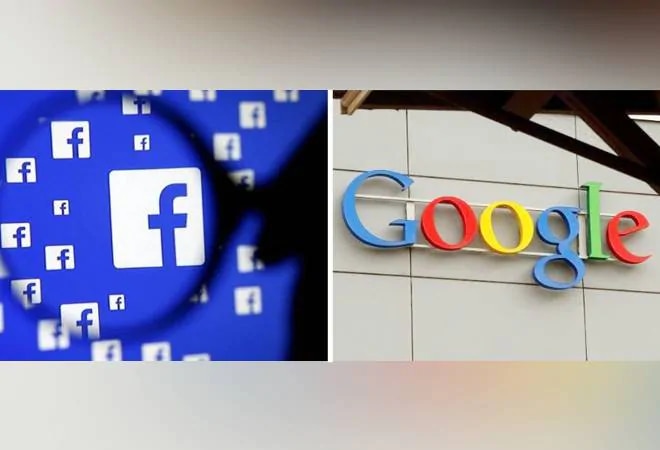 Global tech behemoths such as Google, Facebook and Amazon have often come under government scrutiny for not paying enough taxes in India despite having substantial presence in the country. Although these digital companies boast millions of users and generate massive revenues, they manage to slash their corporate tax bills by booking profits in low-tax countries regardless of the location of the end customer.

In fact, Modi government is working on making "significant economic presence" the benchmark for calculating the tax dues of the global digital firms. The plan, announced in the Union Budget 2018-19, is to tax businesses in terms of their customer base in India or revenue, even if they have little physical presence.

These plans to make digital firms more tax accountable have recently got a boost from the France-based global policy forum, the Organisation for Economic Co-operation and Development (OECD). The OECD Secretariat has come out with a consultation document outlining a new "Unified Approach" to global tax rules that is designed to grant new taxing rights to the countries where users of highly digitalised business models are located. "The proposed "Unified Approach" would retain the current rules based on the arm's length principle in cases where they are widely regarded as working as intended, but would introduce formula-based solutions in situations where tensions have increased," read the document.

The proposal envisages a three-tier mechanism for profit allocation. To begin with, it creates a new profit allocation rule applicable to taxpayers within the scope, and irrespective of whether they have an in-country marketing or distribution presence or sell via unrelated distributors. At the same time, the approach largely retains the current transfer pricing rules but complements them with formula based solutions in areas where tensions in the current system are the highest.

Significantly, the OECD's proposal goes beyond covering highly digital business models and broadly focusses on consumer-facing businesses. For instance, businesses that generate revenue from supplying consumer products or providing digital services that have a consumer-facing element. Extractive industries are assumed to be out of the scope, but the document clarifies that further discussion is needed to consider whether some sectors like financial services should be carved out, taking into account the tax policy rationale and other practicalities.

"Such discussion should also include consideration of size limitations, such as, for example, the Euro 750 million revenue threshold used for country-by-country reporting requirements," the document added. In addition, for businesses within the scope, the proposal creates a new nexus, not dependent on physical presence but largely based on sales.

"With the OECD report also supporting the right to tax, one would now have to see if and when the CBDT [Central Board of Direct Taxes] finalises the profit attribution rules. This together with the significant economic presence (SEP) amendment could impact several digital companies operating in India," Ajay Rotti, partner at Dhruva Advisors, told The Economic Times.

The prospect of a higher tax outgo in the near future has reportedly prompted the likes of Facebook, Google, Twitter, LinkedIn and Airbnb to reach out to tax experts, seeking an opinion on the OECD proposals and its impact on their India revenues. According to a source present at one such conference call on Wednesday, the digital players are looking to either create domestic companies or relocate employees outside India. After all, going by recent developments, India may soon be able to tax sales generated domestically, unlike the current situation where tax treaties override any domestic laws.

The OECD will be able to gauge initial political support for its "Unified Approach" at the upcoming G20 finance ministers meet in Washington next week, where the proposals are expected to be discussed. In addition, a public consultation meeting is scheduled to be held next month at the OECD Conference Centre in Paris.