On growth prospects for the current fiscal,  Chief Economic Adviser Arvind Subramanian said that he would take a view once more data was available. 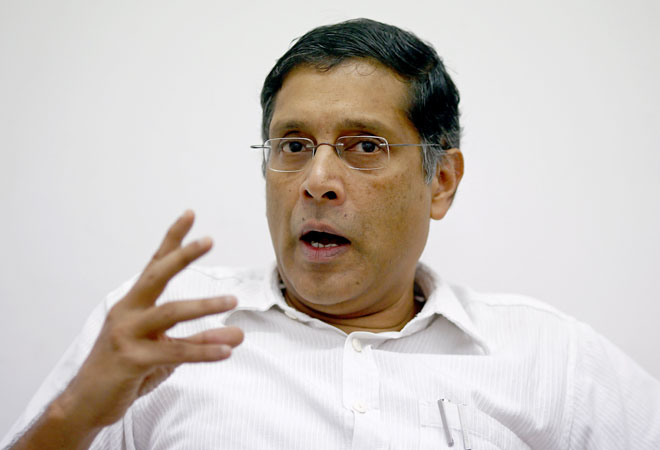 The 0.50 per cent cut in interest rate by RBI is a welcome step and will bring down the cost of funds but action on multiple fronts would be needed to promote economic growth, Chief Economic Adviser Arvind Subramanian said in the national capital on Wednesday.

"The rate cut is only "one lever" and reforms on different fronts were required to push the economy to higher growth trajectory", he said.

"To be fair to them (RBI), they had done three 25 basis points cuts this year. I think that the latest decision to cut rate is a very welcome and right decision for a number of reasons", he told PTI in an interview.

RBI on Tuesday surprised the markets by reducing the benchmark lending rate by 0.50 per cent to 6.75 per cent.

Experts were expecting only 0.25 per cent rate cut.

The central bank has so far reduced the lending (repo) rate by a total of 1.25 per cent since January.

"In all these things one should remember that economy is not driven by any one lever or institution. The economy needs multiple number of reforms, actions. All of us have to work hard, work together," he said.

The central bank, Subramanian said, "is finally comfortable with where the inflation is".

Subdued inflation and declining interest rate, he added, "will have a positive impact on the economy especially if it (rate cut benefit) is passed through by the banks...it will reduce cost of borrowings.

"Other important thing is that G-Sec rates will come down. Balance sheets, financial positions of banks will be strengthened" he said.

On growth prospects for the current fiscal, Subramanian said that he would take a view once more data was available.

The Finance Ministry in February had projected a growth rate of 8.1-8.5 per cent for the current fiscal, which might be difficult to achieve as the economy clocked only 7 per cent GDP growth in first quarter (April-June).