Meanwhile, the CM said the "Mahatma Jyotirao Phule Jan Aarogya Scheme" of the state government will now cover all the people, provided they seek treatment in the registered hospitals 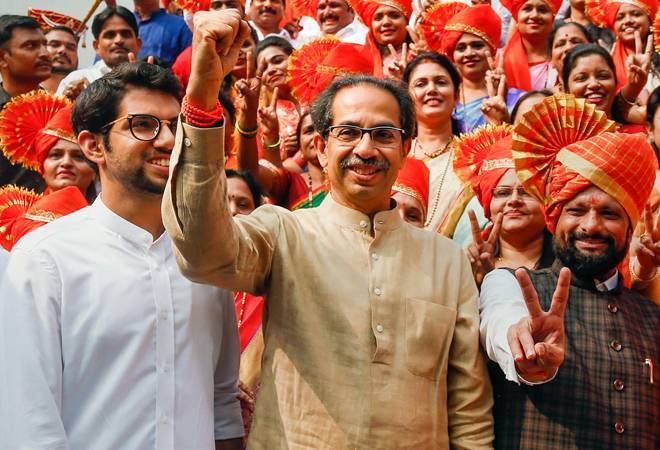 Maharashtra Chief Minister Uddhav Thackeray on Sunday dismissed the opposition BJP's demand for a package from the state government to tide over the COVID-19 crisis, saying that previous such measures had failed to give any tangible benefits. During an online briefing earlier in the day, the CM stressed the need to create additional healthcare facilities and offer treatment to people along with the distribution of food grains.

"Earlier, packages worth lakhs of crores of rupees were given, but very little impact was see on the ground," he said.

Meanwhile, the CM said the "Mahatma Jyotirao Phule Jan Aarogya Scheme" of the state government will now cover all the people, provided they seek treatment in the registered hospitals. Commenting on the state government's efforts to help stranded migrant workers, Mr Thackeray said, "We are taking good care of these workers and their ticket fare is also borne by the government. We are even giving meals at just Rs 5 per plate under the state's Shiv Bhojan scheme".

He said about 5 to 6 lakh labourers from other states are being provided breakfast and two meals at shelter homes. "The state government never felt any burden of these labourers but they wanted to go back to their home states, and after getting due sanctions almost seven lakh labourers have been sent back on 481 Shramik trains," he said.

Mr Thackeray said whether the Union government pays 85 per cent of the cost of tickets for these labourers or delays it, the Maharashtra government has paid 100 per cent of the fare for tickets worth more than Rs 85 crore. "Despite our demand for operating 80 (Shramik Special) trains a day, we are getting only 30 to 40 trains for sending labourers back to their states," he said.

A total of 3.80 lakh migrant labourers have been ferried up to the borders of their states or to railway stations in more than 32,000 ST buses, which has cost Rs 75 crore, the CM said. He said a total of 70,000 industries have been allowed to resume operations amidst the lockdown and 50,000 of them have actually started operations with six lakh people.