Delhi temperature: Flights are operating at the airport under CAT III B conditions, which means the runway visual range (RVR) is between 50 metres and 175 metres 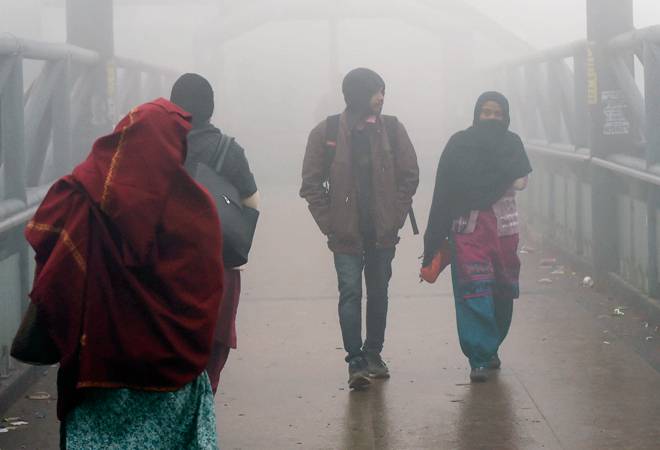 Delhi weather updates: 20 flights have been diverted due to fog

Heavy fog disrupted flight operations at the Delhi airport on Monday with 20 flights diverted, four cancelled, and around 530 delayed till 12.52 pm, an official said.

Flights are operating at the airport under CAT III B conditions, which means the runway visual range (RVR) is between 50 metres and 175 metres.

Giving an update on flight operations at 12.52 pm, the official said 16 flights have been diverted and four cancelled as of now.

"Around 530 flights - which includes 320 departures as well as 210 arrivals approximately - have been delayed on Monday till 12.52 pm," the official added.

In a statement, IndiGo airline said,"Owing to dense fog in north India our flights have been impacted across India. We will continue to review the situation and provide real time updates on our social platforms."

The airline also requested passengers to check flight status before leaving home and reach out to its customer care.

Vistara airline said on Twitter that its Delhi-Mumbai flight UK933 as well as Mumbai-Delhi flight UK996 stands cancelled due to poor visibility in Delhi.

Vistara along with GoAir, SpiceJet, AirAsia India stated on Twitter that due to dense fog and poor visibility in Delhi, their flight operations might be impacted, and advised passengers to check flight status before leaving for the airport.