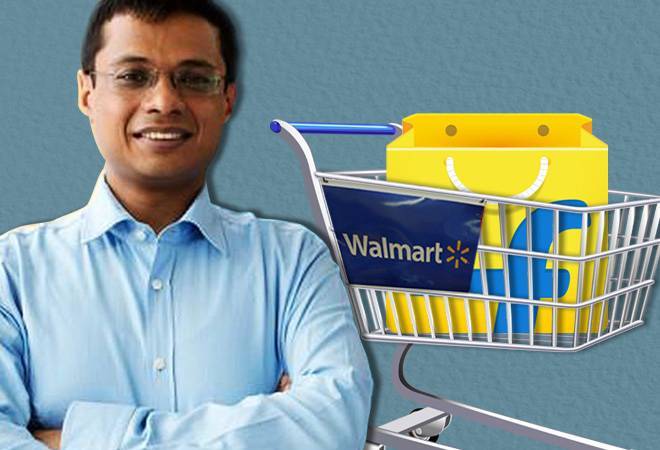 News of Flipkart co-founder Sachin Bansal's exit from the company had surfaced even before the Walmart deal was finalised. Now, with the Walmart-Flipkart deal following through, Sachin Bansal has put up an emotional post on Facebook, bidding adieu to the company he started a decade ago in a 2BHK-flat in Bengaluru's Koramangala with Binny Bansal.

"Sadly my work here is done and after 10 years, it's time to hand over the baton and move on from Flipkart. But I'll be watching and cheering from the outside - Flipsters, you better continue to do a good job!" Bansal wrote in the post with equal measures of nostalgia and encouragement.

Talking about what he would be doing in his time off, Bansal said, "I'll be taking some long time off and focus on finishing a few personal projects which I haven't been able to find time for. Will catch up on gaming (and see what kids are playing these days) and brush up on my coding skills."

He also added that Flipkart upheld customer centricity and that he got to work with the best people in these years, took on some of the biggest challenges and solved many complex problems.

On Wednesday, US retailer giant Walmart Inc acquired 77% stake in home-grown Flipkart for $16 billion making it the biggest acquisition till date. The value of Flipkart now stands at $20.8 billion.

Sachin Bansal would sell his entire 5.5% stake in the company for $1 billion, reports suggest. However, co-founder and Group CEO Binny Bansal along with Chinese investment giant Tencent Holdings, US hedge fund Tiger Global and Microsoft will continue to hold their stake in the new entity.

Reports had suggested earlier that Sachin Bansal was planning to leave the company due to disagreements on strategies drawn up by Walmart.

Sachin and Binny Bansal - who are not related - met each other in IIT Delhi as students. From there, they went on to Amazon to work as interns before starting their own company. In the beginning, Flipkart sold only books. The duo would stand outside Gangaram Book Stores on Bengaluru's Church Street to distribute free bookmarks and target the right audience. Three years later in 2010, Flipkart expanded its catalogue to include electronics, mobiles, games, music and movies before further expanding to include personal care products, large appliances, laptops, cameras and stationery in 2011. They eventually acquired Myntra in 2014, Jabong in 2016, and finally eBay became a part of the group in 2017.