The present government, Panagariya said, has made a huge progress in implementing reforms including some difficult structural ones such as the GST and IBC that previous governments had difficulty in introducing. 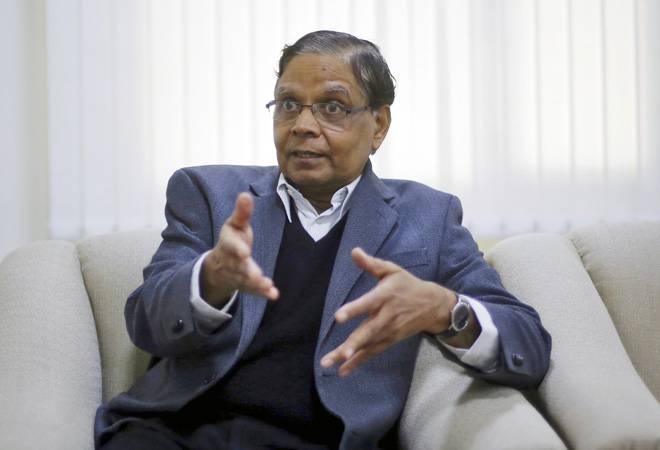 The Centre should stick to the fiscal deficit target for 2018-19 and continue with the reforms undertaken during the over four years of the Narendra Modi-led government, former Niti Aayog Vice Chairman Arvind Panagariya said Sunday.

The present government, Panagariya said, has made a huge progress in implementing reforms including some difficult structural ones such as the Goods and Services Tax (GST) and Insolvency and Bankruptcy Code (IBC) that previous governments had difficulty in introducing.

"Government should not shift its goal posts as far as fiscal deficit target is concerned. Fiscal consolidation has been a key achievement of the government and it has played a central role in macroeconomic stability that has characterised the economy during the last four years," the eminent economist told PTI.

The government aims to strictly maintain 3.3 per cent fiscal deficit target for 2018-19 fiscal.

The NDA government came to power in May 2014 and the next general elections will be held before May 15, 2019.

"At this stage any reforms that require legislative change such as the Higher Education Commission Bill will have to wait till the elections. But reforms that can be done through changes in rules and regulations can still progress. Lateral entry into civil service is one such reform. Privatisation of listed PSUs and closure of sick PSUs are other such reforms," Panagariya noted.

Panagariya, who is currently a professor of Indian Political Economy at Columbia University pointed out that in the last four years, growth has averaged 7.3 per cent compared with 5.9 per cent during the last two years under the UPA.

The former Niti Aayog vice chairman also opined that under the previous UPA government, Congress President Sonia Gandhi effectively led the government and she had no interest in implementing structural reforms.

Replying to a query on government's move to raise import duties on a host of products with an aim to contain current account deficit (CAD), Panagariya said, "Sadly, bureaucrats in the Department of Revenue and Ministry of Commerce have not understood the importance of openness to trade. If they had, they would also be better able to explain it to politicians they serve."

Stating that "we have forgotten the lessons of our own experience and returned to the road we had left many years ago", he said "let us hope we will soon do course correction".

GST performance under CAG lens, report to be tabled at Winter Session

Petrol price cut by 20 paise; rates back at mid-August levels