Vohra has been a Professor at IIM, Ahmedabad since the last two decades and was the Chairperson of its 'Centre for Innovation, Incubation and Entrepreneurship' 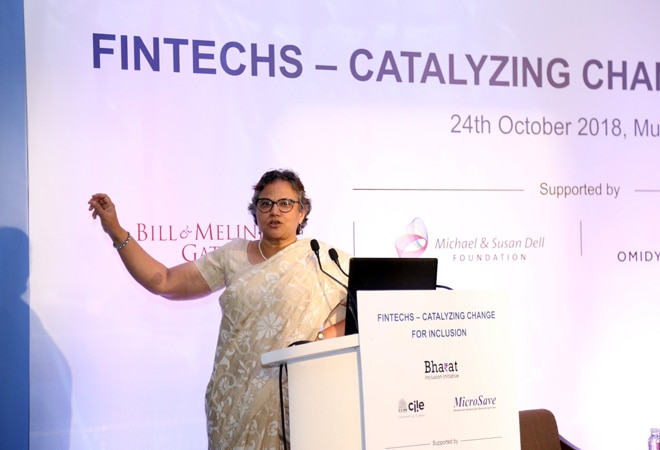 Delhi government's new Skill and Entrepreneurship University gets a new Vice Chancellor. Within a month of passing the order to set up the university, the state government has appointed Neharika Vohra, Professor of Organisational Behaviour at Indian Institute of Management, Ahmedabad (IIMA) as its first Vice Chancellor.

Vohra has been a Professor at IIMA since the last two decades. She was also heading IIMA's 'Centre for Innovation, Incubation and Entrepreneurship' (CIIE) as its Chairperson which was set up in association with the Government of India and the Gujarat Government to fund and promote the start-up ecosystem in the country.

On her appointment, Vohra said from her temporary office in Dwarka-based state university Netaji Subhas University of Technology, "I am excited about the new role because there is hope to impact the market and the youth of the country."

"We would like to congratulate Neharika ji on her appointment as the Vice Chancellor of the Delhi Skills and Entrepreneurship University. She is uniquely qualified for this role not just because she has been a Professor at IIMA, India's premier management institution but also because she was also heading its innovation and entrepreneurship cell," says Atishi Marlena, former advisor to Delhi's Education Minister Manish Sisodia who is known for fixing Delhi's public school system.

Marlena adds, "Research across the world has shown that the country has to educate its women if it wants the society to progress and prosper. The fact that we have a women VC will be an added advantage because she will be more sensitive to the gender disparity that exists in the country with respect to skills, pay and employment."

Currently, everything is in the ideation phase and after the Vice Chancellor's appointment, budgets will start flowing into the university.

"For the next one year, we will be focusing on getting the infrastructure in place, getting faculty and developing the courses," says Vohra.

Since it is a state-funded university, the fees will be nominal so the university is accessible to students from all spectrum of society.

"The aim of the university will be to transcend across all socio-economic status and professions. It will be about three key areas: learning the skills, providing dignity of labour and filling a gap in the market related to employability," she says. "We want the university to become an aspirational university for youth where they see the courses as a precursor to get a great job."

The preference, she says, will be for students from disadvantaged backgrounds and the university might offer cross-subsidisation to students.

The courses will be designed for students who have cleared Class 10th in a stack-like fashion with multiple entry and exit points. So, a student will have the freedom to finish one year, earn a certificate, then go and get work experience and then come back for another year to get a diploma or continue the programme to get the full degree. Post-graduate courses will be included later.

"The common thread across all programmes will be that no course will be purely theoretical but they will be oriented to the market, from both quantity (large number of students) and also quality (good quality of training) perspectives," says Vohra.

There will be the usual skill-related courses on coding, welding, retail, baking. "My hope is also to do some unusual courses such as a degree in counselling, naturalist tour guide, language courses," she adds. Industry-partnerships for courses and internships are also a possibility.

"We might even do a degree in entrepreneurship but as of now there is no clarity," she says.

"To kickstart the university, we will adopt some of the ITIs that are already there in Delhi and leverage their faculty, curriculum and placement systems," she says.

On August 15, 2020, the Lieutenant Governor had passed the order to set up a new state university in Delhi. The proposal for a skill-focused university was cleared by the Delhi Cabinet last year in October.