NITI Aayog member (Health) V K Paul said, 'COVID-19 situation is turning from bad to worse. In the last few weeks, especially in some states, it is a huge cause for worry. No state, no part of the country should be complacent' 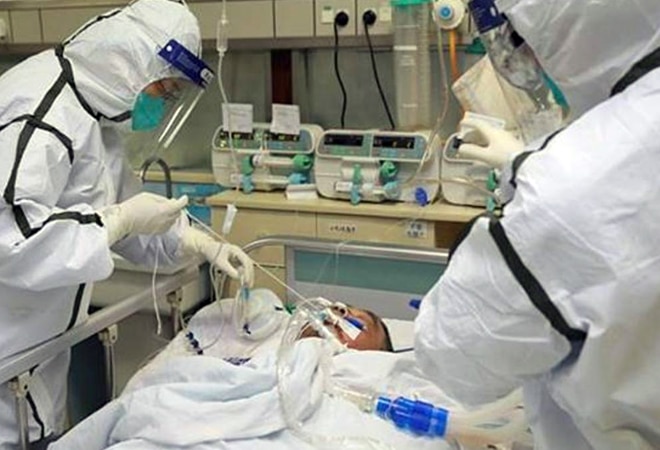 The coronavirus situation is 'turning from bad to worse' and is a huge cause of worry especially for some states, the Centre said on Tuesday while stressing that the whole country is at risk and nobody should be complacent. It said that eight of the top 10 COVID-19 high-burden districts of the country are from Maharashtra and that Delhi, taken as one district, is also on the list.

Though technically speaking, Delhi has many districts, but it has been taken as one district, he said. NITI Aayog member (Health) V K Paul said, 'COVID-19 situation is turning from bad to worse. In the last few weeks, especially in some states, it is a huge cause for worry. No state, no part of the country should be complacent.'

'We are facing an increasingly severe and intense situation, more so surely in some districts. But the whole country is potentially at risk and therefore all efforts to contain and save lives should be taken.' Hospitals and ICUs have to be readied. If cases increase rapidly, the healthcare system would be overwhelmed, Paul warned.

At 48.39 per cent, Telangana tops the list of states with the highest COVID-19 vaccine doses given in private facilities. Delhi came second with 43.11 per cent vaccinations in private facilities, he said. From April 1, people above the age of 45 years would be eligible for vaccination. They can register themselves in the CoWIN platform, the Aarogya Setu app or go for on-site registrations which would start after 3 pm, the health ministry said.

The states and Union Territories that are reporting a surge in cases need to exponentially increase the number of COVID-19 tests. The proportion of RT-PCR tests need to be increased too, Bhushan said. He wrote to all states and UTs, seeking district-wise focus on surge in cases.

Bhushan asked them to adopt a district-focussed approach to contain the surge of cases and outlined the steps that need to be taken. The steps include tracing 25 to 30 contacts for each COVID-19 positive case, isolate them and create larger containment zones. The daily rise in COVID-19 cases in Maharashtra has increased from 5,493 on February 17 to 34,456 on March 24. The average daily deaths have also increased from 32 on February 10 to 118 on March 24.

This means, simple public health response activities are not being followed, Bhushan said. To a question on door-to-door vaccination in Maharashtra, Bhushan said till date, the Centre has not received any particular request from the state government about such an exercise.

About the coronavirus situation in Punjab, Bhushan said in the second week of February 332 daily new cases were recorded which increased to 2,742. The average daily deaths were eight in February which has risen to 52. 'This signifies that neither are you doing an adequate number of tests nor are you able to promptly isolate (COVID-19) positive people,' the health secretary said.

Also read: You can get COVID-19 vaccination without registration in Delhi from 3-6pm

Karnataka currently has 23,800 active cases. In the second week of February, 399 new cases were being reported which rose to 2,594 in March. The average daily deaths rose from four in February to 11 on March 24. 'There is a need to increase tests, identify and isolate close contacts of the infected in Karnataka,' Bhushan said A meeting was held with these states on Saturday.

'We also spoke to 47 districts. We requested them to increase the number of tests with a special focus on RT-PCR tests. Rapid antigen tests must be used for screening and in densely populated areas from where cases are being reported in clusters,' he said. 'In most states, people are not being properly isolated. Their close contacts must be traced within three days. Close contact does not just the family but all those an infected person came in contact with,' Bhushan said.

He said the states have been advised to strengthen their healthcare resources. 'Those hospitals which were made non-COVID facilities must be converted to dedicated COVID facilities. There should be no delay in strengthening private as well as public health facilities,' he said.

They have also been asked to enforce COVID-appropriate behaviour, Bhushan said while asserting that in districts where the surge in cases have been observed, 'saturation coverage' of vaccination for age-specific priority groups must be done.