The government announced S. Jaishankar, a former foreign secretary, would take over the portfolio from Sushma Swaraj, the ruling party's veteran leader, who has had health issues. 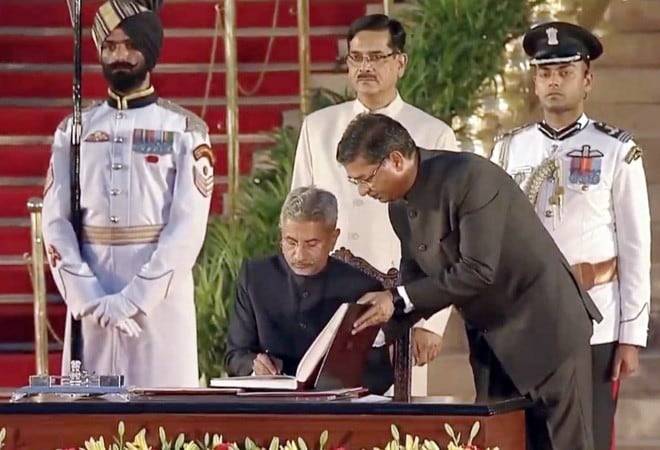 "He is a trusted aide to the prime minister," said a source with close knowledge of the matter, who declined to be identified as he was not authorized to speak to the media.

It is time to get talking. That seemed to be Prime Minister Narendra Modi's message to both the United States and China on Friday when he named a highly rated career diplomat with expertise in dealing with both countries as India's new foreign minister, diplomatic affairs experts said.

The government announced S. Jaishankar, a former foreign secretary, would take over the portfolio from Sushma Swaraj, the ruling party's veteran leader, who has had health issues.

The handing of the ministry to the veteran diplomat, who has been ambassador to both the United States and China, could be Modi's most astute move as he seeks to pursue a stronger U.S. relationship and to intensify efforts to strengthen Chinese ties.

Jaishankar was a key negotiator during a tense border dispute with China in 2017, the most serious and prolonged standoff in decades along the disputed Himalayan frontier.

"He is a trusted aide to the prime minister," said a source with close knowledge of the matter, who declined to be identified as he was not authorized to speak to the media.

He could also prove to be a calming influence in efforts to repair India's problematic relationship with Pakistan that almost spiralled out of control this year, a second source with close knowledge of the situation said.

"He has a good feel for the relationship. He visited Pakistan in the Modi regime, and will be a positive force in managing this equation," the second source said.

Jaishankar worked on a landmark 2008 deal with the United States that ended a three-decade ban on U.S. nuclear trade with India. He later took up the post of ambassador in Washington.

"It's a perfect choice for the job, and somebody with hands-on experience who can assist the prime minister in pursuing his initiatives," said Lalit Mansingh, a former foreign secretary.

Modi may hold his first bilateral meeting with U.S. President Donald Trump in more than two years on the sidelines of a G20 summit in June in Japan, with ties possibly getting tetchy over trade.

India and the United States have developed a close political and security relationship but Trump has repeatedly criticised India for its high tariffs.

On Thursday, a senior U.S. State Department official in Washington said the suspension of a U.S. trade preference programme with India was all but certain.

U.S. sanctions against any country that buys oil from Iran will also be an immediate challenge for India, which used to be Iran's top oil buyer after China.

Modi has had several meetings with Xi over the past year and the two countries are seeking to increase market access to each other's economies, though trade officials say India's attempts to make inroads in Chinese market have been slow.

"The Indo-US relationship has become the most important relationship for India and, relatively openly, we are speaking about our difficulties with China," said Neelam Deo, director of the Mumbai-based think-tank Gateway House.

"He knows the two poles of India's foreign and strategic policy ... he's been ambassador in both countries, he knows how they work, particularly the United States," Deo said of Jaishankar.