After some improvement on the economic front and the fight against coronavirus, analysts expect the numbers, however, may not be as bad as they were in the first quarter. 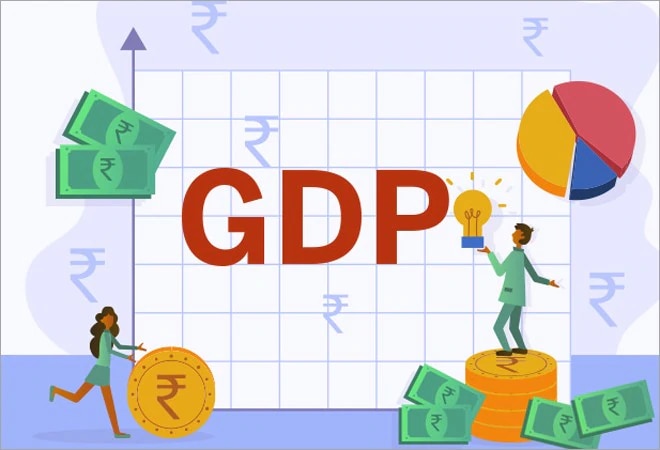 The RBI in a recent note said the GDP is likely to contract 8.6 per cent for the July-September period

India may officially enter a technical recession today as the economy is set to shrink for the second consecutive quarter. The Centre is scheduled to release the July-September quarter gross domestic product (GDP) data by today evening. After some improvement on the economic front and the fight against coronavirus, analysts expect the numbers, however, may not be as bad as they were in the first quarter.

India's GDP shrank a record 23.9 per cent to Rs 26.90 lakh crore YoY in Q1, compared to Rs 35.35 lakh crore in the corresponding period last year. The economy reported its worst quarterly performance as the coronavirus-led nationwide lockdown disrupted activities across manufacturing, construction and service sectors. This was the worst quarterly GDP numbers ever recorded since India started compiling GDP data on a quarterly basis in 1996. The GDP projection for the second quarter, however, has improved with a slight pick up in economic activity, the de-growth is inevitable.

The RBI in a recent note said the GDP is likely to contract 8.6 per cent for the July-September period. The RBI researchers used the 'nowcasting' method to arrive at the estimates ahead of the official release of data and their views do not constitute the RBI's views. A Bloomberg poll comprising 30 economists estimated the GDP to shrink 8.2 per cent in the quarter ending September. Economists in a Reuters poll forecast GDP in Asia's third-largest economy to shrink 8.8% in the September quarter.

Even though India will enter the 'technical recession' for the first time since liberalisation, it's the 'fifth' time the country will see recession since independence. Before this, India faced four different recessions, with the first one in FY 1957-58. India started giving out quarterly numbers in 1996.

Moreover, economists would be more interested in seeing the backward GDP data to see if there was any improvement in the economic activity in the first quarter and between Q1 and Q2. SBI group chief economic advisor Soumya Kanti Ghosh says a steeper 10.7% fall in Q2 GDP was likely. Rahul Bajoria, chief India economist at Barclays, opines the GDP to shrink 8.5%.

Among the components of GDP, agriculture, forestry and fishing may see a growth of around 3 per cent, as per the ratings agency ICRA. Manufacturing and construction could also see a slight uptick, while trade and commerce may see a major decline due to longer curbs over coronavirus.