Along with cafes and a food plaza, the Habibganj railway station will also have a plush waiting lounge for passengers. 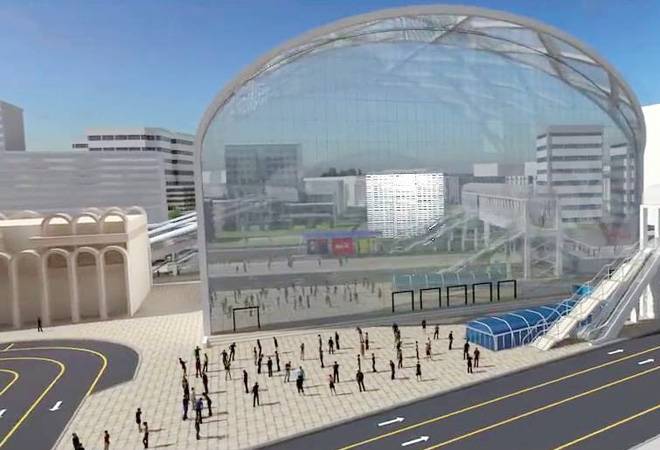 Built on the lines of Germany's Heidelberg railway station, Madhya Pradesh's Habibganj is going to be India's first world class station. The redevelopment of Indian Railways' stations are going on full swing and the first one to open would be Habibganj. Railway Minister Piyush Goyal recently reviewed the work at the Habibganj railway station and appeared satisfied with the progress. The redevelopment of stations is undergoing to transform the concourse areas into airport-like swanky retail spaces where passengers can await their trains.

Along with cafes and a food plaza, the Habibganj railway station will also have a plush waiting lounge for passengers. There will be 'holding areas' for passengers at every platform. Also to keep the platforms from getting congested, railways is making an exit underpass for passengers deboarding the trains. The transit hub is said to be designed in such a manner that, in case of an emergency, passengers can evacuate the area within four minutes.

There will be commercial establishments, a bus terminal, office lobbies as well as service apartments outside the station on the western side. Outside on the eastern side will be hotels, hospitals, spas and a convention centre.

Habibganj is the first railway station in the country to be redeveloped under the public-private partnership (PPP) model. The station is redeveloped by Indian Railway Stations Development Corporation (IRSDC) along with private firm, the Bansal Group. Bansal Group will maintain and operate the station as well for eight years.

The station has been redeveloped at a cost of Rs 100 crore, while Rs 350 crore is being spent on its commercial development, leading to an overall cost of Rs 450 crore. According to the railways, the station is expected to earn around Rs 6.5-7 crore initially, which could increase to Rs 10 crore per annum.

Anand Vihar, Brijwasan, Chandigarh, Gandhinagar and Shivaji Nagar station in Pune are other Railway stations that are set to be revamped by the IRSDC.

UPI transactions up by over 30% to 405.8 million in September