The images showing a slimmer Kim Jong Un sparked rumours that his weight loss might be a sign of worsening health.

In the photographs published by KCNA last weekend, the North Korean supreme leader was seen addressing a ruling party politburo meeting, his first public appearance after a gap of over a month.

Seoul-based NK news conducted a detailed analysis of Kim Jong-un's latest pictures. It compared the images of the North Korean dictator from November-December 2020 to April 2021, and June 2021. 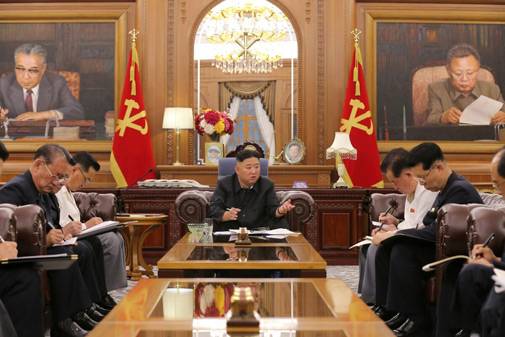 In one of the photos, he was seen wearing an IWC Schaffhausen Portofino watch, reportedly worth $12,000.

The images also appeared to show that Kim Jong-un's left wrist is markedly thinner in similar photos taken in November 2020 and March this year.

Also Read: Kim Jong Un's sister asks US to cease war games if it wants to 'sleep in peace'

This isn't the first time his health has been speculated about. Last year, the North Korean leader remained out of the spotlight for 20 days, during which, he missed the birthday celebrations of his late grandfather and the country's founder Kim Il Sung.

Experts previously assessed that Kim Jong-un was at a high risk of cardiovascular disease as his family also has a history of heart issues.