News
Magazine
Back of the Book
Many faces of ex-RBI Governor Bimal Jalan: Movie-buff, foodie, the polite killer of mega bank strikes

From picking a particular seat in the movie theatre every time to keeping a folder of excuses to decline invitations, Tamal Bandyopadhyay brings you unknown facets of the former RBI governor in his latest book

Even today, people in the Reserve Bank of India (RBI) have been trying to figure out the real Bimal Jalan. A politician? A diplomat who can keep everybody happy? A statesman?

He was a pragmatic governor, liberal at heart—a general physician who would decide what to do with a patient by feeling their pulse. Y.V. Reddy, in contrast, was a specialist who would first recommend a diagnostic study to see what was wrong with the patient.

All in the RBI swear by Jalan’s ability to get to the core of an issue, cutting the flab. He would come to the office at 9.30 am and leave at 5 pm, come what may. He would watch good movies at theatres and eat at restaurants across Mumbai. Booking an advance ticket.

For him, for the evening show of a movie on its first day (after rave reviews) was not easy as he had a very special seat preference—down to the row and the seat number. Why? Not for the vantage point for watching the film but for creating the least inconvenience to others. Jalan would walk into the dark auditorium when the film was about to begin and leave a minute before it ended without disturbing others. During the interval, he would stay put, but he would pick such a seat that there would not be much public glare on him.

Among the many new practices that he introduced in the Indian central bank is a bimonthly lunch with a select group of journalists where great non-vegetarian food, ranging from stuffed pomfret to prawn balchao and badami murgh would be served, all from the RBI kitchen run by chef Brian Pais. Jalan, a foodie, is a strict vegetarian. While out of Mumbai, be it Lucknow or Patna, Jalan would take his car out in the morning and stop at roadside stalls to have hot sweet tea in a kulhad and jalebi, kachori, samosa, or litti-chokha. Yes, the RBI governor at a roadside stall. Reddy continued with this but changed the menu, introducing Hyderabadi biryani. Reddy’s passion for non-vegetarian food and sweets is well known.

My former colleague Niranjan Rajadhyaksha got a taste of this. Once, he met Reddy at the RBI’s regional office in Hyderabad. Another RBI governor, D. Subbarao, was also there. By that time, both had retired.

While leaving for the airport to fly back to Mumbai, Rajadhyaksha told Reddy that he would pick up some biryani from a particular restaurant. Reddy advised him to avoid that restaurant and recommended another. At that point, Subbarao stepped in and suggested a third, as Reddy was not familiar with the new restaurants that had come up. Two past RBI governors arguing over which restaurant in Hyderabad serves the best biryani was quite a sight. Reddy even offered to take Rajadhyaksha to Nizam Club for biryani and double ka meetha dessert, another name for shahi-tukda, made with fried bread soaked in hot milk and sugar syrup with some dry fruits.

Jalan’s doors were always open for bankers who wanted to see him. Typically, he would meet them after lunch, between 2.30 pm and 4 pm. The serious meetings happened before lunch, between 11 am and noon. Talking about his meetings, I must mention one. I was not a witness to it, but there are people who can vouch for it.

The AIBEA, the most powerful bank employees’ union, which was linked to the Communist Party of India, had given a call for an indefinite nationwide bank strike. Tarakeswar Chakraborty, the king of bank unions, wanted to meet Jalan before the strike. Samir Ghosh, the general secretary of the RBI Employees’ Union, coordinated the meeting but was not present. At the appointed hour, a day before the strike, Chakraborty walked into the meeting room with two regional leaders in tow. A posse of union members waited outside the RBI main gate, shouting slogans occasionally. 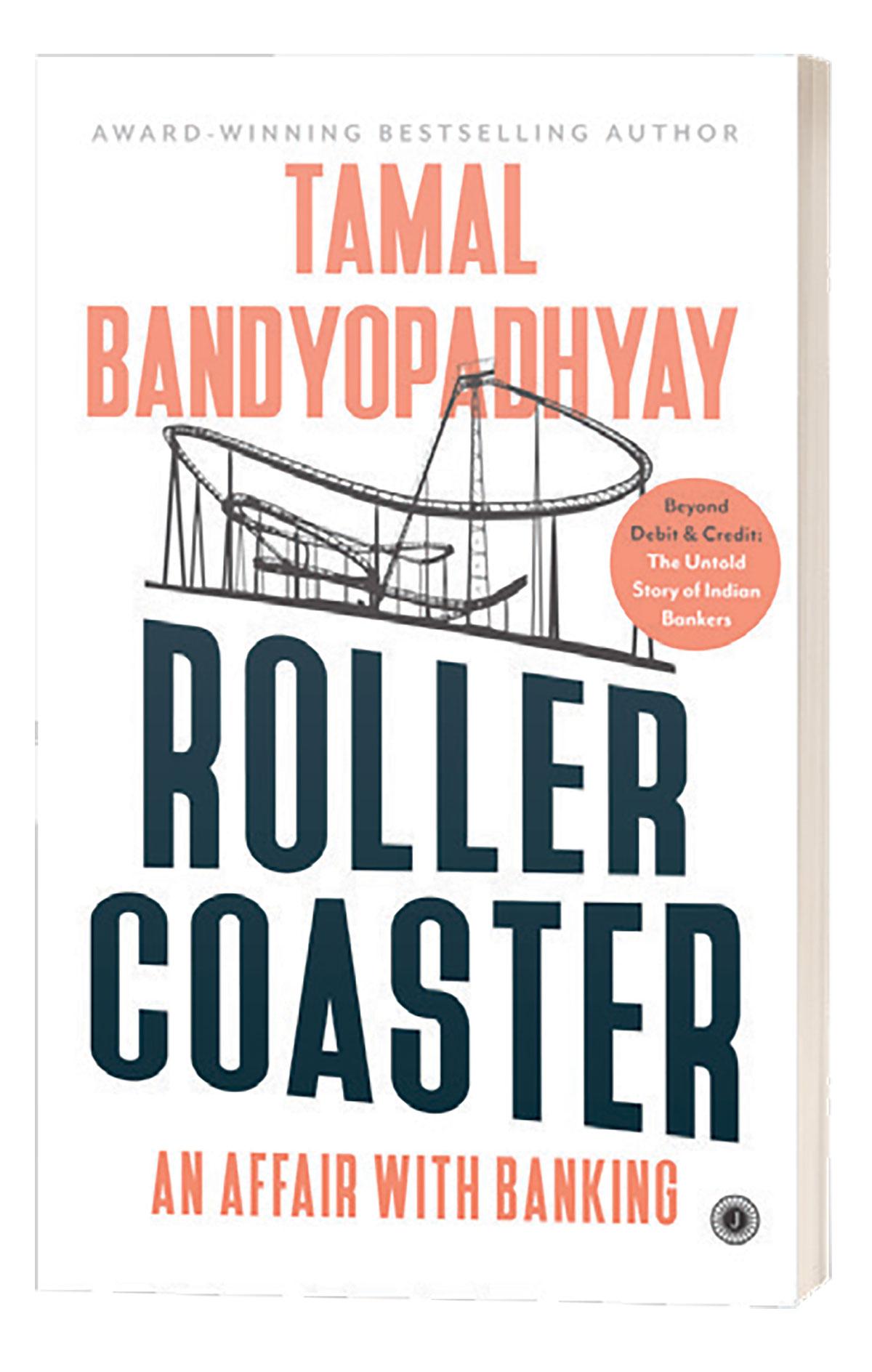 A smiling Jalan asked tea to be served to them. As they settled down, Jalan called [Alpana] Killawala, the RBI’s communications chief, and asked her to get the press release. It was prepared even before the meeting took place! The three AIBEA office-bearers looked at each other.

Jalan gave a cursory glance at the release that Killawala had brought and then passed that on to Chakraborty, seeking his nod, “Is this okay?” Chakraborty couldn’t believe his eyes. The release said the RBI governor had a constructive discussion with the AIBEA leader, who had agreed to withdraw the strike on assurance from the governor that the central bank would look into their demands! Chakraborty passed on the release to his comrades.

Jalan was straightforward in his approach. “I must say I will look into your demands. Otherwise, you cannot withdraw the strike call. What will you tell your colleagues waiting outside the RBI gate? You’re not going ahead with the strike. I must assure you that we will look into the issues. Where’s the confusion?” The message was clear. Chakraborty got up, shook hands, and left.

One of the contributing factors to Jalan’s superb handling of Chakraborty was probably his relationship with West Bengal Chief Minister Jyoti Basu. Jalan introduced the clean note policy. It began with a hugely successful “coin mela” introduced by Jaganmohan Rao, a deputy general manager at Chandigarh.

Jalan also introduced the Currency Verification and Processing System in the central bank for faster and more secure processing of soiled currency notes. Weeding out soiled currency notes and replacing them with fresh ones was part of the clean note policy he championed. Until then, thousands of RBI employees were stapling fresh notes and counting soiled notes before destroying them. One morning, Jalan and the team led by Deputy Governor Vepa Kamesan checked whether banks counted those notes before sending them to the RBI. They were. Had there been any discrepancy in counting between the RBI and the banks? No. So, why do the same job twice?

Jalan told the people to sit at home and earn their salary, doing nothing. They would get their increments. They could even drop by for lunch at the RBI canteen if they wished. That’s how he changed the ratio of clerks and officers. Officially, it was done through an early retirement scheme, the first of its kind at the RBI. Till such time, sub-staff and clerks dominated the RBI, and the percentage of officers was meagre. Among 40,000 employees, 34,000 belonged to the first two categories, and they were all unionised.

In many ways, Jalan demystified the 18th floor of the RBI, the governor’s domain. He was the first governor to walk into any deputy governor’s cabin (housed on the 18th floor, then) unannounced. Anytime.

Such visits made Reddy quit smoking! In a closed air-conditioned room, however large it is, the smell won’t go away. Reddy preferred to quit smoking rather than get caught by Jalan. Of course, he did not give up without a fight! Reddy did try to take smoking breaks in the stairwell landing before calling it quits.

Jalan also did not like heaps of files piling up on his table. From about 80 files a day, he cut the number to five—only those the governor must go through. In addition, the files already cleared by deputy governors and sent to him “for information” were stopped at his executive assistant’s table. The same process followed for books. There was a never-ending flow of books into the governor’s room. Jalan would send them back to his office with three tags—D (for destruction), L (for library), and TiH (take it home).

He would take a close look at all and read some of them. He would keep notes on a card for each important book he had read and would like to refer to in the future. All the cards were alphabetically arranged in a row of 5”x4” wooden boxes on his table. Jalan was not very fond of giving speeches. On very few occasions when he did, he would prepare meticulously but might not necessarily stick to the script already printed and distributed. Besides, there were a few commitments that he could not dodge. Those speeches were all extempore.

He replicated the book policy for the speeches. He had different reasons for declining to give a speech. They were listed and kept for his office under some 20 heads—from A to T. A would say how grateful he was for the opportunity to address such an august audience, but unfortunately, he could not accept it because of a commitment already made. B would wish great success to the event, adding it would be his loss for not being able to make it. So on. Jalan would direct his office to use A, B, C, or some other letter for declining the invitation, depending on who was organising it.