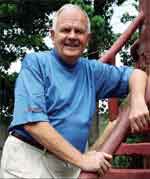 Twelve years ago, the late Parvinder Singh invited BRIAN TEMPEST for a cup of tea in Geneva and ended up selling him a dream. And it’s one that Tempest, 60, has pursued passionately over the years, first with Singh, then his successor D. S. Brar and finally now with Singh’s son, Malvinder. So, it’s with a tinge of sadness that Tempest hangs up his boots at a company that went from a little-known drug maker to one of the top generic giants globally. “Parvinder was a visionary,” says Tempest thrice over with more than a bit of nostalgia. So, come Christmas, Tempest will be back home in the UK, but he has no plans of severing his India links. He will continue to advise Ranbaxy. But mostly, it will be golf. He’s just bought a new set of golf clubs.

Aiming for a Plum Job 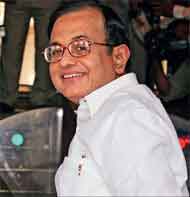 Finance Minister P. Chidambaram’s name was doing the rounds in world capitals last fortnight as a likely candidate to head the International Monetary Fund’s Monetary and Financial Committee. Not without reason. India after all is poised to be one of the powerful growth drivers for the world economy in the coming times. The success of Chidambaram’s candidature would reflect India’s growing clout at the high tables of world finance. At the North Block for the second time as finance minister, he has by design and default presided over one of the most prosperous times that India has seen in recent times. A trained lawyer, Chidambaram, 62, is being his usual meticulous-with-details self this time around. Though there are plenty of supporters for him, but to probably make sure that the remaining votes also walk over to his side, Chidambaram was in Europe and the US last fortnight.

Life for the gentle professor is turning full circle. BAKUL DHOLAKIA’S FIVE-YEAR STINT AS director of the country’S best B-school, IIM-Ahmedabad, comes to an end on October 10, 2007. The ebullient 60-year-old teacher of economics and strategy is credited with taking the IIM-A global; and reducing faculty attrition to almost zero. Ask the man himself about the past five years, and he says: “Most of the goals we had set five years ago have been accomplished or are in the process of being implemented.” Any regrets? “The biggest regret is the lack of autonomy to fix faculty and officer payscales. As a result, we have not been able to ramp up faculty strength to ideal levels,” says Dholakia. He now plans to take “a two-month vacation to relax and recuperate” before returning to the institute as a full-time teacher.

Not many in India would have cared for Alan Greenspan’s wise words when he was the chairman of the Federal Reserve for 18 years presiding over arguably one of the most prosperous periods America has seen. That is no longer true. Greenspan, 81, retired from office in January 2006 and is now probably making up for years of watching his words. He recently authored The Age of Turbulence where he has struck a discordant note with his criticism of India’s romance with socialism. Greenspan concludes that India’s divisive politics holds up progress on the economic front. “India has great potential if it can end its embrace of the Fabian socialism that it inherited from Britain,” he notes. While he rustled up vehement reactions in India, at the very least his comments will push up the sales of his book in India.

Experience counts and that probably explains Future Group CEO Kishore Biyani’s choice for a non-executive chairman for his insurance venture, Future Generali—former SEBI and LIC chairman, G.N. BAJPAI. Bajpai, who retired as SEBI chief in 2005 after a three-year stint, has taken over the reins at the joint venture between Future Group and Italy’s Assicurazioni Generali, which collected m64 billion (Rs 3,61,460 crore) in premia in 2006 and has operations in 40 countries. Bajpai, 65, is credited with restoring the credibility of the markets in the aftermath of the 2001 Ketan Parekh securities scam. He also brings with him 37 years of experience as top honcho of LIC, which is what Biyani says he wants to leverage. “While he will not be involved in operations, he will certainly be planning the company’s growth strategy,” says Biyani. A perfect cover for future, perhaps.

Four years after Air Deccan took to the skies and Gorur Ramaswamy Gopinath introduced Indians to the concept of low-cost aviation, the sericulturist-turned-aviation-entrepreneur is training his guns on low-cost airport terminals. Gopinath, 55, has tied up with GVK Group, the company behind the modernisation of the Mumbai airport, Raheja Developers and IDFC to get his latest business venture airborne. He has also spoken to several state governments in the South and says there are several administrations interested in this novel concept. “Each of these terminals will have a basic terminal building and instrument landing facilities and little else…and will cost around Rs 16-17 crore,” Gopinath says. He believes this could be a critical step in extending India’s low-cost aviation revolution. A flying start already for the tireless cost warrior, should we say?