News
Magazine
Back of the Book
Watch that diet: Do you really need these dieting options to reduce weight?

Watch that diet: Do you really need these dieting options to reduce weight?

Turning to fad diets may be tempting to those looking for a dramatic drop in weight. But do they work?

It’s been nearly two years since the pandemic started. Two years with most of us glued to our computer screens, binge watching Netflix and stress eating with hardly any exercise. Little wonder, there has been an increase in the number of obese people in the country. As per the National Family Health Survey (NFHS) findings in November last year, the percentage of overweight women rose from 20.6 per cent to 24 per cent while in men the number increased from 18.9 per cent to 22.9 per cent over the last five years.

Turning to dieting may be tempting for those looking for a quick fix. Now more than ever before one is spoilt for choice with a variety of dieting options—think Keto, or the splendidly-named Caveman Diet. But do they work? While fad diets focus on reducing calories, the results can be actually counter-intuitive. According to research, eating fewer calories can lead to hormonal changes that may increase appetite and make people crave higher-calorie foods. Some fads even cut out entire food groups, such as gluten, wheat or dairy, which contain nutrients needed for good health. “Any diet that asks you to completely remove any one food group, be it proteins, fats or carbohydrates, is unhealthy. We need all important food groups. We just have to figure out their proportions right. It doesn’t mean that any one of them is dispensable. If they are asking you to remove it, that’s a red flag,” says Delhi-based nutritionist Kavita Devgan, author of The Don’t-Diet Plan. 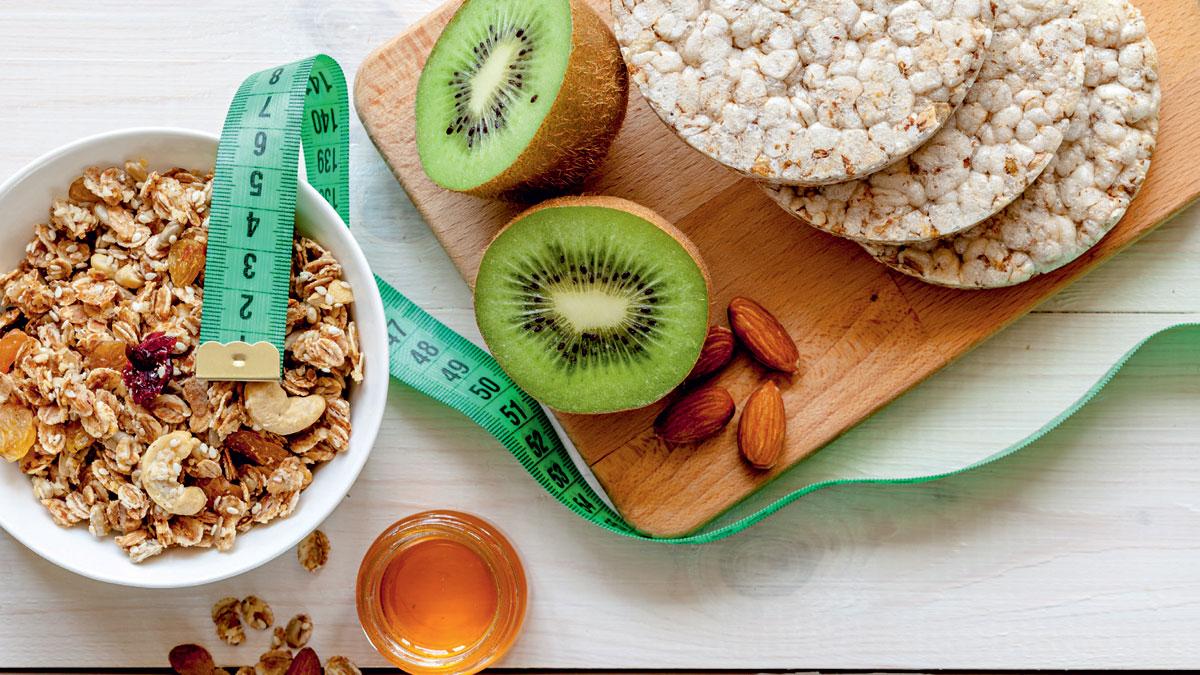 She also warns against diets that encourage miracle pills, weight loss supplements or metabolism boosters. “They do not work. In fact they may cause a lot of damage. So [they ’ re] not even worth trying,” she warns.

Of course, with everyone looking for a quick fix, weight loss products have a huge market globally. According to the analysis firm Research and Markets, the global market for weight loss products and services was valued at $254.9 billion in 2021 and is expected to hit $377.3 billion by 2026.

So what works and what doesn’t?

The U.S. News & World Report ranked the Mediterranean diet—which is rich in whole vegetables, fresh fruit, whole grains, fatty fish, olive oil, nuts, legumes, and dairy, its No. 1 overall diet in 2022, out of 40 diets. “It’s not a fad diet. It’s a way of life, just like the Indian way of diet. It’s a very balanced way of eating and takes care of every single food group,” says Devgan who recommends you follow it if you are looking at overhauling your way of eating.

“By default, if you eat more of healthier foods rich in fibre and protein, the bad foods with saturated fats and sugar will automatically get crowded out. After all, there is only this much you can eat in a day. So don’t try and remove foods from your diet, just keep adding the good stuff.”

The Mediterranean diet also has other health benefits. A study published in the US of nearly 26,000 women, found that those who followed the Mediterranean diet closely had up to a 28 per cent lower risk of heart disease compared with those who didn’t follow the diet, primarily because the diet helped lower inflammation, improve insulin function, and reduce body mass index (BMI).

Intermittent fasting or time-restrictive eating is an eating pattern that swings between periods of eating nothing (fasting) and eating regular meals. “We didn’t call it intermittent fasting but we have been recommending it for a long time. Ayurveda says don’t eat after sunset. Give the body a break to recover, rejuvenate and boost metabolism. Intermittent fasting success principles are based on Ayurveda,” says Delhi-based preventive health practitioner, Dr Shikha Sharma, Founder of Nutri Health. 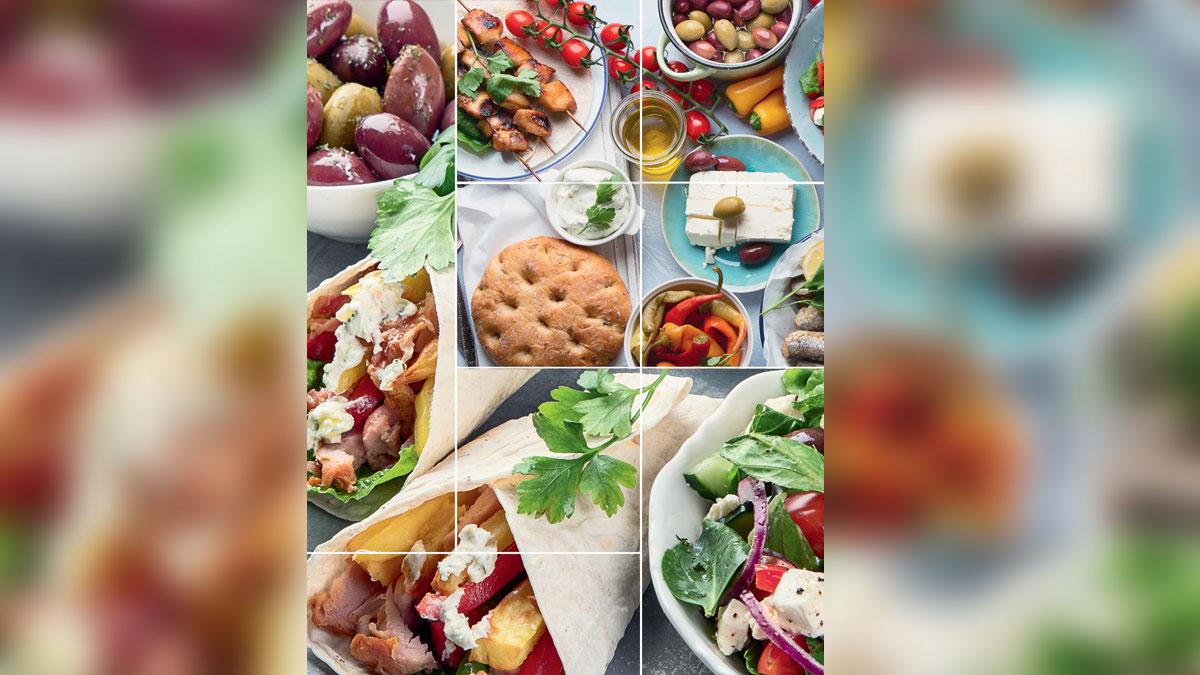 Under intermittent fasting you ideally fast for 16 hours a day and eat all your meals in an eight hour period. “You can start with 12-12, then 14-10 and then eventually 16-8. Not everything works for everyone. So you must try it out first,” says Devgan. She says you don’t need to do it every day. “Even if you do it for three days back-to-back and then stick to your normal schedule for the remaining four days, that will still get you benefits.” However, she advises against diets where it’s recommended that you eat all your calories in just one meal a day.

Sharma says that while intermittent fasting tells you when to eat, it doesn’t tell you what to eat. “What you eat is 50 per cent of the success, 25 per cent is when you eat and balance is how you eat, the process, and of course exercise.” Sharma recommends having a lot of fibre in the diet and also mixed grains. “We consume too much wheat and rice in our diet. We need to have other grains such as ragi, jowar, bajra.” For intermittent fasting, she recommends not eating after 7:30 pm.

The high-fat, low-carb diet that took the world by storm a few years ago with Halle Berry and Kim Kardashian swearing by it, is not recommended by most nutritionists. Keto or the Ketogenic diet is based on the premise that by significantly reducing your carbohydrate intake, you will force the body into a state of ketosis, where it will burn fat instead of carbohydrates for energy. If you follow Keto strictly, nearly 80 per cent of your calories will come from fat. “There is not enough research on the long-term impact of eating such a fat diet, especially on Indian bodies where we are already prone to lifestyle diseases,” says Devgan, warning against Keto. Agrees Sharma, “In Keto you are over-stressing your liver and kidney. It was never meant to be a weight loss diet.” 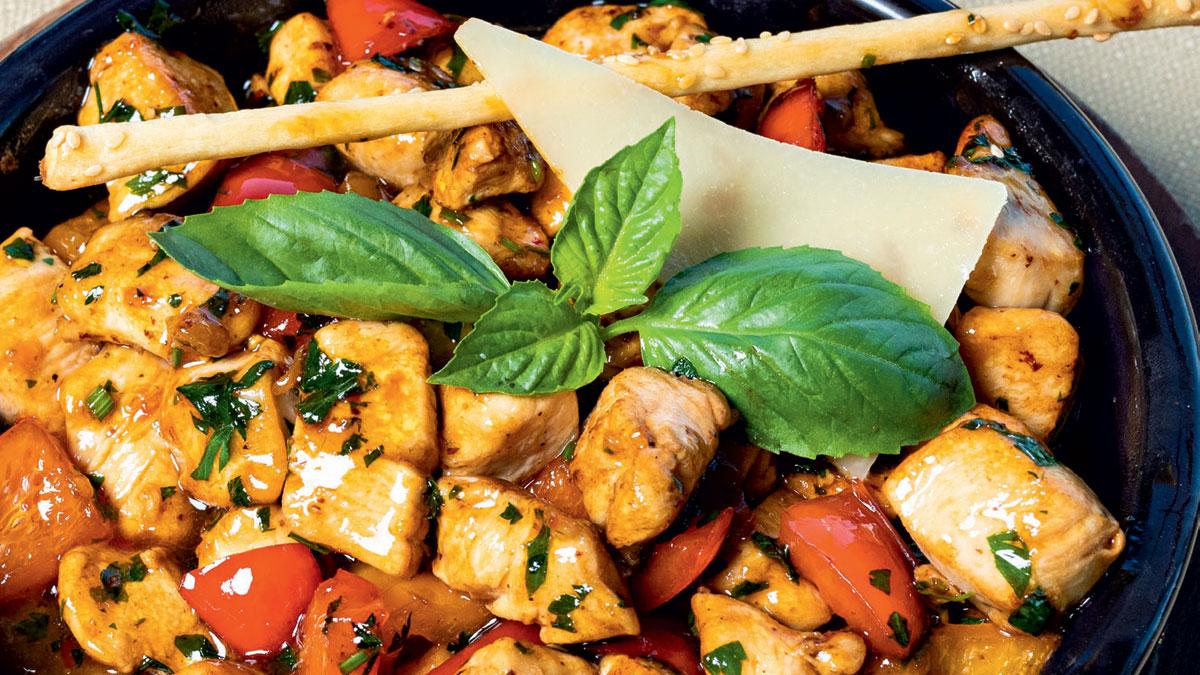 Keto is also extremely difficult to follow because it involves cutting out almost all carbohydrates. That means giving up or limiting conventionally healthy foods like fruits, whole grains and vegetables.

The Paleo or the Caveman Diet typically includes lean meats, fish, fruits, vegetables, nuts and seeds—foods that in the past could be obtained by hunting and gathering. It does not include dairy, grains and legumes. Popular with Hollywood stars such as Uma Thurman and Megan Fox, the Paleo diet has now been fused with vegan principles and is called Pegan. So no meats or animal products, just fruits, vegetables, nuts and seeds. Though Devgan is not in favour of any fad diet, she says since Paleo has a lot of high fibre, if you have to try out a fad diet, then “may be Paleo is not too bad”.