News
Magazine
Back of the Book
Watch That Wrist: The Most Exciting Watches Launched till date in 2022

Watch That Wrist: The Most Exciting Watches Launched till date in 2022

Post the pandemic-related disruption, the luxury watch market is back with a bang.

Post the pandemic-related disruption, the luxury watch market is back with a bang. In 2021, the Swiss watchmaking industry generated over $24 billion in exports, 2.7 per cent over 2019, according to the Federation of the Swiss Watch Industry. While players like Omega launched their collection in early March this year, it was at the recent Watches & Wonders trade show in Geneva that the latest horological trends and spectacular timepieces were introduced. Most of these are limited edition with a waiting list to boot. Their exclusivity also means that prices are on request. With a nearly 29 per cent share of Switzerland’s watchmaking industry, Rolex can afford to change the rules of the game every now and then. And so it is that it has launched the latest GMT-Master II watch for left-handers. For the first time the watch has a green-and-black ceramic bezel and its crown along with the date window has shifted to the left side. Definitely for collectors, the watch will be available at Indian retailers soon. Patek Philippe’s collectors love the brand for its complications—the kind of watches that do more than just tell the time. The latest Reference 5326G will not disappoint as it is responsible for eight new patents. The watch monitors two time zones simultaneously—your home time and the local time. Surprisingly for a brand that has done some amazing things in its 180-year history, this is the first watch that unites annual calendar and travel time complications, making it a collector’s dream. Panerai, known for its diver watches made in the 1930s for the Italian navy, continues to explore the deep. Its new midsize line, the Submersible QuarantaQuattro, at 44mm, comes in its patented CarboTech material which is a composite based on carbon fibre, making it extremely light. It is water-resistant up to 300 metres and its rotating bezel helps measure submersion time. The P.900 caliber features a seconds sub-dial at 9 o’clock and supplies a three-day power reserve. The watch will be available in Panerai boutiques in India in May. 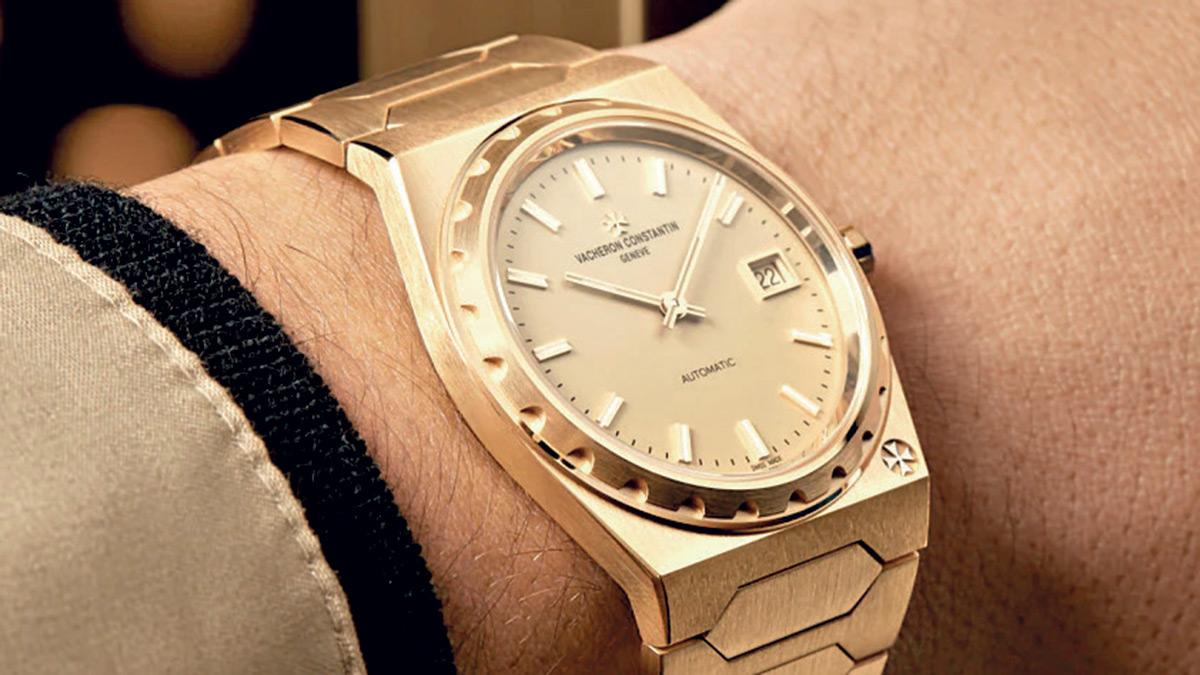 In 1977, Vacheron Constantin, the world’s oldest watchmaker in continuous production was 222 years old and to mark that milestone, it launched a bracelet watch in 18k gold with a sophisticated mechanism. The ‘222’—as it was called—has been reimagined 45 years later. The 37mm 18k yellow gold dress watch now comes with some key modernising touches including an updated movement for greater accuracy. The watch will soon be available at Vacheron Constantin boutiques globally. The world’s thinnest-ever wristwatch—the 110-faceted Bvlgari Octo Finissimo Ultra— is just 1.8mm thick and has eight patents. In keeping with the times, it has a laser-etched QR code on the winding barrel—your ticket to the watch’s unique NFT video artwork. There are only 10 such watches being made. Omega’s Speedmaster is best known as the NASA-approved watch that accompanied Neal Armstrong’s maiden voyage to the moon. Over the years, the brand has introduced several versions of it. But with its latest launch of two new Speedmasters in the brand’s proprietary metal called Moonshine Gold—a mix of gold, silver, copper, and palladium—Omega has one-upped itself. Omega is offering a luxury version of what is at its core a sports watch. The watch will be available at Omega boutiqes in India by November. Tag Heuer has added a bit of bling to its sporty Carrera chronograph. But unlike other watch brands, it has decided to go with lab-grown diamonds, which are directly incorporated in the body and dial of the watch itself. Lab-grown diamonds, besides being ecologically sound, can also be made in shapes that would otherwise be difficult. This limited-edition watch comes with a polycrystalline diamond dial, diamond indexes and a winding crown made of a single piece of lab-grown diamond. Schaffhausen-based independent watchmaker H Moser & Cie has launched the world’s blackest watch. Part of its Streamliner collection, the watch is covered in Vantablack, an innovative material used in astrophysics which is capable of absorbing 99.965 per cent of light. The watch is almost invisible, except for its white and red hands. This concept piece is not for sale as Vantablack is too fragile for wearing. 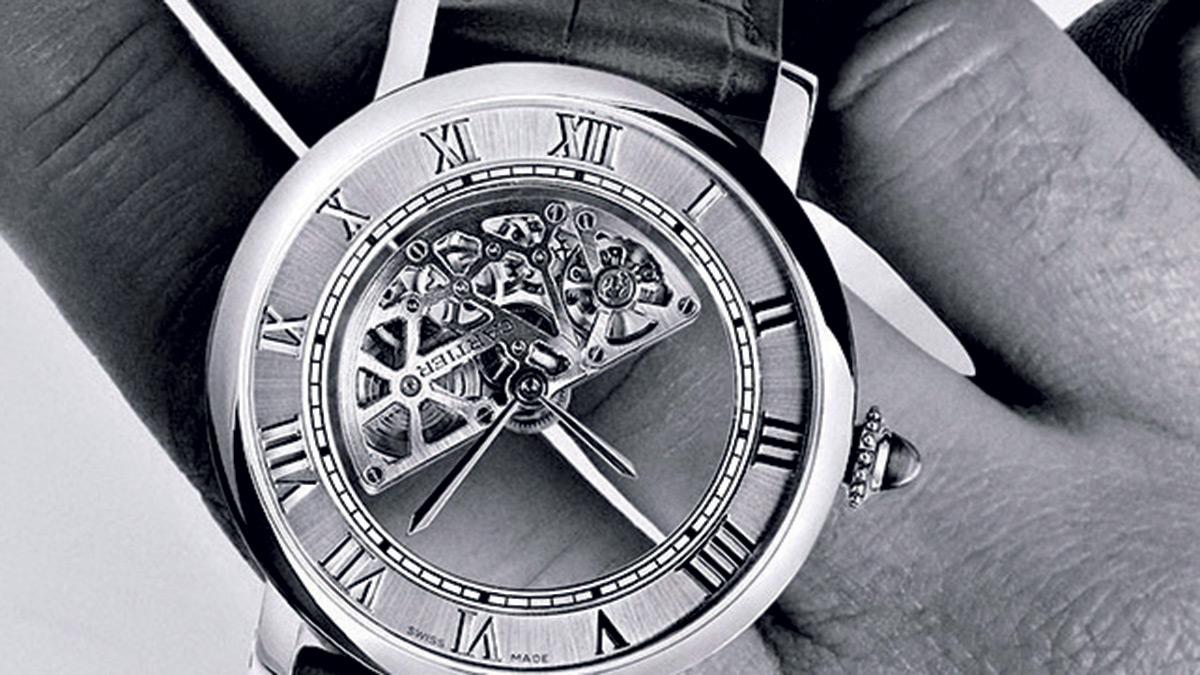 Cartier is well known for its love of mystery and illusion. Over 100 years ago in 1912, the company launched its ‘mystery’ clocks where the clock face seemed to float in mid-air, leaving you baffled as to how the mechanics actually work. This element of mystery is perfectly captured in its latest watch that has been eight years in the making. With only 30 individually-numbered pieces, the mystery watch is a collector’s delight. 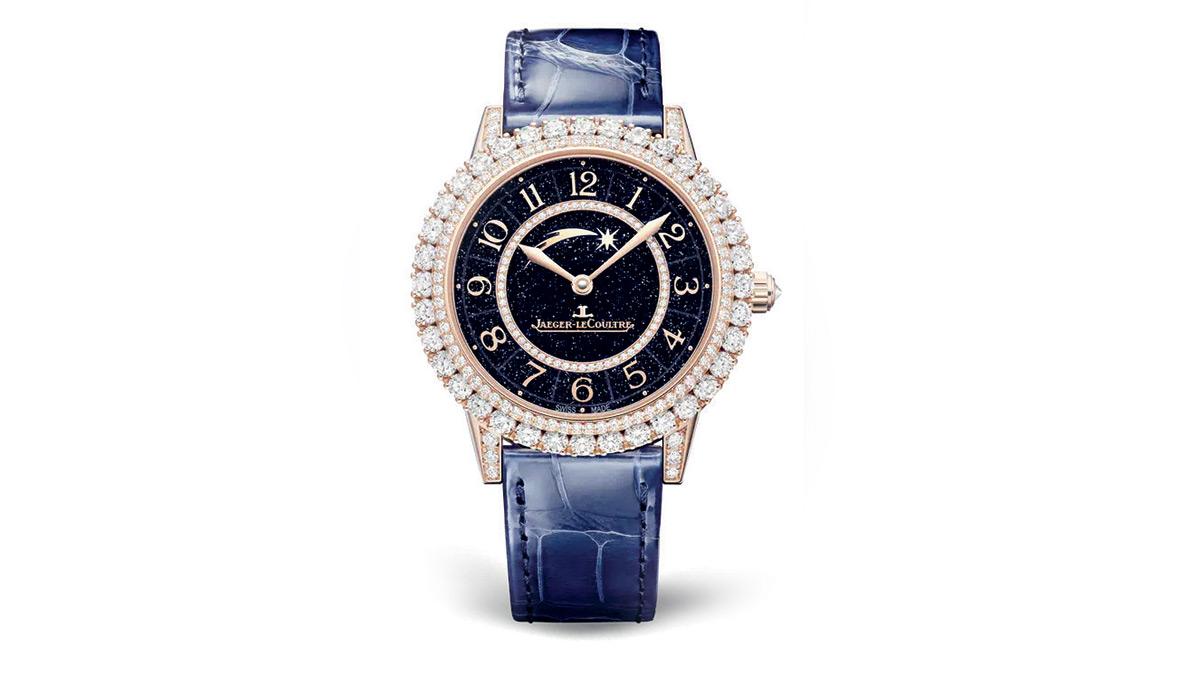 A watch is the epitome of order, but what happens when precise watch mechanics are engineered to behave randomly? Jaeger-LeCoultre’s Rendez-Vous Dazzling Star reflects the unpredictable nature of shooting stars. Depending upon the wearer’s wrist movement, a star arcs across the aventurine dial at arbitrary moments of the day. The Dazzling Star is a modestly sized wristwatch, at 36mm x 9.80mm and will soon be available at the brand's boutiques globally. It has a deep blue aventurine dial and is set with diamonds on the bezel and the top of the lugs. The sudden appearance of the shooting star adds magic to the watch.