Indian companies too can draw lessons from these two books that celebrate frugal innovation.

A vehicle assembled with a water pump as its prime mover
N. Madhavan 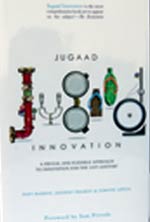 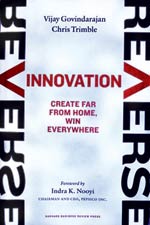 Have you ever wondered why there are not too many Indian multinational companies (MNCS)? Even the few that have acquired this status in recent years, companies within the Tata, Aditya Birla or Mahindra & Mahindra groups, have done so through global acquisitions. One major reason is that Indian companies do not have the wherewithal to develop products that appeal to the developed world.

Innovation has traditionally happened in the developed world and later flowed downhill to the emerging markets. This is not surprising, since rich customers in emerging market countries mostly seek 'modern' or 'latest' products, and can actually afford them. Developing nations, which are basically in the catch-up mode, end up importing these products. So MNCs mostly innovate in the United States, Europe or Japan and then employ the process known as 'glocalisation' - stripping down the products to suit the purses of customers in emerging markets. Indian companies have been busy fighting these products and are thus left with little time, money or opportunities to take on global players abroad.

But that is changing, if the authors of two interesting books on innovation are to be believed. MNCs are increasingly seeing merit in innovating in emerging markets rather than just exporting products to them. They are doing so not just to capture market share in low-cost developing economies but more importantly, to tap new, unexpected values long overlooked in developed markets. The traditional view that a rich man would never want a poor man's product is fast changing and has given birth to the concept of 'reverse innovation' - developing products for emerging markets and then taking them to developed countries where they are seen as a value proposition and wholeheartedly accepted. In other words, innovation now also flows uphill.

In their book Reverse Innovation, Vijay Govindarajan (currently ranked third in the Thinkers 50 list of the greatest management thinkers in the world) and Chris Trimble - both on the faculty at Tuck School of Business - say "ignoring reverse innovation can cost MNCs much more than just a lost opportunity." Their argument is simple: companies in countries like India and China know their markets very well and nothing prevents them from innovating in their home markets, taking the products to developed countries and pulling the rug from under the feet of MNCs. Changing dynamics of global innovation have levelled the playing field for companies in the emerging markets. "It (reverse innovation) can open the door for the so-called emerging giants, the rising generation of multinationals headquartered in the developing world, to inflict pain or severe damage in well-established home markets,'' they warn.

The book, which focuses on what MNCs should do to leverage reverse innovation, also holds valuable lessons for Indian corporate houses. Replete with examples and case studies, it helps readers understand what reverse innovation is, its benefits, and lists rules that should ideally guide the efforts towards employing it.

The most interesting aspect are the eight case studies that detail how companies such as Logitech, Procter & Gamble, Deere & Company, GE and PepsiCo embraced reverse innovation, the challenges they faced in making it a part of their game plan and how they succeeded. Jugaad Innovation by Navi Radjou, Jaideep Prabhu and Simone Ahuja explores the science and the art of improvised solutions, that are born out of the ingenuity of doing more with less - something that is commonly practised in emerging economies. The authors say MNCs can leverage it to achieve breakthrough growth strategies globally. In their view the costly, resource consuming structured approach to research and development has killed the jugaad spirit among American companies. "Money can't buy innovation," they point out.

The book includes many success stories and lists six guiding principles of jugaad. "For too long the western model of innovation has been like an orchestra: topdown, rigid, and driven by upper level employees….it needs an alternative approach, one more akin to a jazz band: bottom-up, improvisational, fluid and collaborative," they say. Jugaad, they add, should not replace the structured approach but complement it. They also offer tips on how to integrate jugaad into the organisation, using GE as a case study.

With the focus on innovation shifting, the two books emphasise, desi companies have the best opportunity to leverage this change and turn into global corporations on the strength of their products. Will they?