Taking up a brand new job in an unfamiliar field can be scary. It can also pay off handsomely, as some people have found after a successful swap.

The difference between a rut and a grave lies in its depth. This seems to be the slogan for the postliberalisation workforce. No longer do people start their careers with one company or employer and end their working days in the same place, sometimes on the same desk. Today’s employees are not afraid to take risks and are more than willing to acknowledge that there’s room for change— even if it is 10 years or more after they begin working. They are prepared to change horses mid-stream, and often end up being richer for having done so. They know that one doesn’t have to be a serial entrepreneur or an IIT-IIM grad to make it big. They also know that the availability of a wide range of opportunities means they don’t have to compromise when it comes to pay, professional life, job satisfaction or personal life. 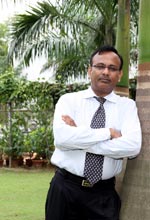 Shirish Pardeshi
Take Shirish Pardeshi. After 17 years with Colgate-Palmolive, Pardeshi decided that he’d had enough of whizzing across the country to sustain sales growth and wanted a job that would keep him in Mumbai. “It took me almost one year to analyse my skills and figure out the shortcomings,” he says. It was a year well spent. Pardeshi realised that he needed to improve his finance and strategy management skills and decided that a short-term MBA programme would help him. So after 17 years of working in sales, he took 15 months off to study for an MBA at Lancaster University in the UK.

It was at this point that he discovered an interest in all things financial. Even though he found a job with Siemens in the UK, Pardeshi headed back to Mumbai so that he could be closer to home. “I had three options—to return and resume my career in marketing, to start my own business or to join Anand Rathi, with which I had been in touch,” says Pardeshi.

He went for the last option and now is a senior analyst, institutional equities, Anand Rathi.

Karishma Kotwani
Karishma Kotwani underwent a similar transition. A manager, she developed an interest in the financial world, but unlike Pardeshi, who studied for an MBA degree half-way through his career, Kotwani started with it. Fresh out of S.P. Jain Institute of Management & Research, Dubai, she joined the country’s largest software services company, TCS, in Mumbai. In about a year, she rose to become the alliance manager and was given the charge of a set of Silicon Valley start-ups. Her job was to augment revenues for the start-ups and TCS by leveraging the latter’s strengths.

“The job was very high-profile, but I felt it was too technical and I was not adding much value,” she says. She began looking for opportunities elsewhere, and when she was given a chance to start as an associate at Motilal Oswal, she jumped at it. “It was not a cakewalk. I had to slog for more than a year to get used to the new line of work. Here you need to develop the acumen to read balance sheets. You are surrounded by people with banking backgrounds who instinctively spot anomalies,” says Kotwani.

Theja Cherukuru
While Pardeshi and Kotwani switched careers looking for the elusive job satisfaction, 28-year-old Theja Cherukuru had a far more pragmatic reason to do so. He wanted more money. Cherukuru earned a post-graduate diploma in business management in 2005, specialising in human resources, and armed with it, he walked into a job with the Hyderabad-based Navayuga group. As an HR executive, he was paid Rs 6,000 a month, and soon realised that he needed more money. A year later, he moved to Lanco, again as an HR executive, but at Rs 15,000 a month. A year or so in this job, Cherukuru found that he could do better in another field—IT. This was because he was part of the team at Lanco that was trained in SAP to help implement an enterprise resource planning (ERP) package. He assisted in the successful implementation of Lanco’s ERP package even as he continued to study SAP modules out of interest. In about a year, he felt confident enough to consider moving to IT services.

He managed to land a job with Mumbai-based L&T Infotech as a software engineer. “I left my HR job to earn more money. The software industry offers good opportunities if you are willing to update your skills regularly,” says Cherukuru, who is earning Rs 24,000 per month now. R. Purushottam
R. Purushotham started as an office boy and typist for a civil engineer at Nellore, Andhra Pradesh, in 2001, for which he earned the princely sum of Rs 900 a month. He used the money to help fund his B. Com degree, after which he was promoted as office assistant. He continued to clean the office and type, but wanted to do much more—and earn better. He moved around, and after seven years, ended up as a secretary to top management.

In 2007, Purushotham was earning Rs 14,500 at KSK Energy Ventures, but even though he was satisfied with the money, the job left him cold. He took a pay cut and joined IL&FS Cluster Development Initiative as a personal assistant, with the promise of being moved to a different line of work. “Although I took a salary cut, I saw a better future here as I was assured that I would be deployed in a new line of work sooner or later,” he says.

The company did not let him down, and by 2008, Purushotham was asked to work as a coordinator for the training centre of the cluster development initiative. His job involves setting up training centres in rural areas, ensuring enough people get trained and finally placing them in industrial units. “The major challenge is adjustment to the outside atmosphere after working for seven years in air-conditioned rooms,” he says.

The shift was a major one for Purushotham, but his struggle to adjust to the changes in the work atmosphere and job description paid off. After working as a consultant coordinator for one year, Purushotham was made coordinator, institutional linkages, this year. “I took a pay cut of Rs 4,000 when I joined the company. Recently, I was promoted and am now getting a package, which is almost four times the salary in the previous company,” says Purushotham.

Identify Opportunity
Merely wanting more money or a different job isn’t going to help you get it. It’s important that you keep your eyes and ears open. For instance, when Cherukuru was put in charge of Lanco’s ERP package, he could have merely acted as a liaison between the IT and HR teams. Instead, he went out of his way to study the SAP modules and discovered an interest in the far more lucrative area of information technology. Similarly, Purushotham could have refused to join IL&FS, where he started off earning less. Kotwani too took a risk by moving to an untested field. But, she avers, she enjoys her new job far more. “It is better to be able to enjoy all 30 days of the month than being happy only on the 30th day,” she says.

Most importantly, know that it’s never too late to make the switch. Pardeshi knew that it would be difficult to adjust to a new job after 17 years, but he also knew that he wanted the change, and so worked towards it. Instead of complaining about the drawbacks in their jobs, Pardeshi says the employees should critically analyse their skill sets and overcome any shortcomings. “It is more important to find out what you can do,” he says.

Managing the transition, especially mid-career, is no cakewalk. But as these four cases, and several others, have proved, it can be a rewarding move as long as you are prepared for an initial period of adjustment. And a lot of hard work, needed to upgrade your skills. Once you weather these, you can look forward to a new and satisfying career. Or look around for another change.