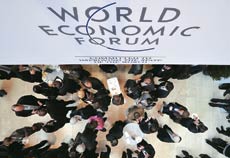 Feeling the Chill: The Swiss resort town of Davos once again hosted its annual shindig in the last week of January. This year, the World Economic Forum attracted over 2,500 businessmen, economists and policy makers from around the world , including a sizeable group from India. With the European debt crisis hanging over it, the mood was gloomy. The crisis was the subject of a special session called "Remodelling Europe". Creating jobs in a world where growth is slowing was another hot topic. 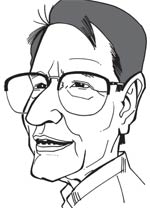 In a setback for Essar Oil, the Supreme Court ruled on January 17 that the company could no longer defer payment of Rs 6,300 crore in sales tax to the Gujarat government. It overturned a lower-court ruling allowing the company to defer the tax payments. The news hit both Essar Oil and parent Essar Energy's stocks hard. The London Stock Exchange-listed Essar Energy lost nearly a quarter of its value - »540 million - after the news broke.

US camera pioneer Eastman Kodak has filed for bankruptcy. Founded in the 1880s, the company has been struggling to keep pace with the digital age. Since 2003, it has handed out pink slips to 47,000 employees and shut 13 manufacturing plants. Jerry Yang
Yahoo announced on January 17 that Jerry Yang, its co-founder, had stepped down from the company's board.

Maruti Suzuki reported a sharper than expected fall in quarterly net profit on account of the workers' strike at its Manesar plant, as well as rising fuel costs and high interest rates. Net profit fell 63.6 per cent to Rs 205.6 crore in the December quarter while net sales declined 17 per cent to Rs 7,663.6 crore from the corresponding quarter a year ago. The company lost 40,000 units in production due to the industrial unrest at Manesar.

Tobacco and FMCG major ITC's net profit jumped 22 per cent to Rs 1,700 crore for the quarter ending December. Net sales grew 14 per cent on good growth in cigarettes, branded packaged foods, personal care and agri business. Price hikes of the past couple of months also helped ITC drive its bottomline this quarter. The hotel business, however, reported a one per cent fall in revenues, with the company blaming a weak economic environment in the US and Europe, and a slowdown in India.

Apple posted record quarterly revenue and profits during its financial year's first quarter, ended December 31, 2011, which included the holiday season. Revenue rose to $46.33 billion from $26.74 billion in the corresponding quarter a year ago on the back of surging iPad and iPod sales. Net profit was at $13.06 billion, having more than doubled from $6 billion in the yearago period. While iPhone sales shot up 128 per cent to 37.04 million, iPad sales rose 111% to 15.43 million units.

6th India's rank in GE's Global Innovation Barometer. The report is based on a survey of 2,800 senior executives in 22 countries, including 200 respondents in India. The top innovation champions ahead of India are the US, Germany, Japan, China and Korea. Around 88 per cent of respondents said innovators found increased challenges in accessing venture capital, private investment and government funding.

1.7% The US economy's GDP growth rate in 2011, according to its Commerce Department. The country's economy grew 2.8 per cent in the fourth quarter of 2011, the fastest in one and a half years. However, its outlook for the coming quarters is hazy.

Headline inflation slowed to a two-year low in December 2011. The Wholesale Price Index rose 7.47 per cent from a year earlier, compared to a 9.11 per cent rise in November. The decline was mainly due to the sharp correction in food inflation, which fell to 0.74 per cent in December from 8.54 per cent in November. Inflation had been above 9 per cent for a year despite consecutive rate hikes by the Reserve Bank of India.

Despite the gloomy global economic climate, the Finance Ministry is optimistic about India's growth prospects for financial year 2012/13. Officials expect the gross domestic product to grow 7.3 per cent over the year. The forecast is in line with RBI's expectation of a modest recovery next year, outlined in its latest quarterly monetary policy review.

The 11th OECD Global Forum on Competition will take place in Paris on February 16 and 17. This year, it will focus on price volatility in commodities as well as on international co-operation in cartel investigations.