Events of the fortnight that you may have missed

Events of the fortnight that you may have missed. Featuring: Infosys third quarter results, SC on natural gas pricing dispute, Facebook's first acquisition in India and more.

If you think North India is in the grip of a cold wave, consider the effects of the recent 'Polar Vortex' in North America
Events of the fortnight that you may have missed -

POLAR DISORDER:
If you think North India is in the grip of a cold wave, consider the effects of the recent 'Polar Vortex' in North America. As temperatures shattered decadesold records, the Niagara Falls partially froze, a polar bear in a Chicago zoo was moved indoors, an escaped convict turned himself in. Businesses and schools shut down, and thousands of flights were cancelled.

- Demand for IT seems to be back on track. India's third-largest IT exporter Infosys met expectations on dollar revenue growth in the three months to December, and revised its full-year growth guidance upwards. Top management exits put the limelight back on Executive Chairman N.R. Narayana Murthy.

- On March 4, the Supreme Court will hear petitions against the decision to allow Reliance Industries to raise natural gas prices. Last year, the Cabinet okayed higher gas prices, as per the Rangarajan formula, from April 2014. The government laid the condition that RIL would furnish bank guarantees, to be encashed if the company is later found guilty of inflating costs and hoarding gas.

- Mercedes-Benz has launched its latest S-Class luxury sedan in India, priced at Rs 1.57 crore. The car has the first all-LED lighting system. Other frills include a rear cabin that can be converted into a mobile office with folding tables, individual entertainment system and a built-in wireless hotspot.

- India has taken another step forward in its ambitious space programme by launching its first rocket using domestically-produced booster technology. The Indian-made rocket deployed a two-tonne advanced communications satellite from Sriharikota. The technology has been successfully developed by a handful of nations including the US, Russia, France, Japan and China, as well as the European Space Agency.

- JPMorgan Chase & Co will pay $1.7 billion to settle US charges that it violated laws requiring banks to monitor customer activity for money-laundering in its handling of accounts of convicted Ponzi-schemer Bernard Madoff. The deal includes a two-year deferred prosecution agreement and settles outstanding probes by two bank regulators.

- Janet Yellen has been confirmed by the Senate to lead the US Federal Reserve. She succeeds Ben Bernanke, whose term expires on January 31, to become the first woman Fed chief. She has been a key force behind the Fed's unprecedented and controversial efforts to boost the US economy. The bank has begun to wind down its stimulus programme.

- The services sector, the largest contributor to India's GDP, contracted for the sixth consecutive month in December, as orders dipped. However, hiring has risen. The HSBC PMI Index slipped to 46.7 in December from 47.2 in November.  A reading above 50 indicates growth.

- The government has decided to retain 100 per cent foreign direct investment in both greenfield (new) and brownfield (existing) pharmaceutical companies, despite concerns over generic drugs going out of production if multinational companies take over domestic ones. In M&A deals, a non-compete clause would not be allowed, except in special circumstances.

- The Department of Industrial Policy and Promotion plans to release the next edition of its consolidated foreign direct investment policy document on March 31, incorporating changes made in the past year. DIPP compiles all policies related to India's FDI regime into a single document to make it easy for investors to understand.

- A Reserve Bank of India committee has recommended setting up a special category of lenders who would cater to small businesses and households, to expand the number of customers with access to banking services. These banks would focus on providing payment services and deposit products.

- Indian banks want the free use of automated teller machines to be capped at five transactions a month, including that of the bank in which the account is active. This follows state governments' order to banks to install security guards at ATM booths after a woman banker was assaulted in Bangalore.

- The government is likely to present a Vote on Account in mid-February. The annual Economic Survey will be tabled later in Parliament along with the full Budget. A full Budget for 2014/15 is likely to be presented in July by the new government formed after the General Election.

- The government will soon launch an Internet spy system, called Netra, to detect malafide messages. Security agencies will deploy the system to capture dubious voice traffic on applications such as Skype and Google Talk, as well as tweets. 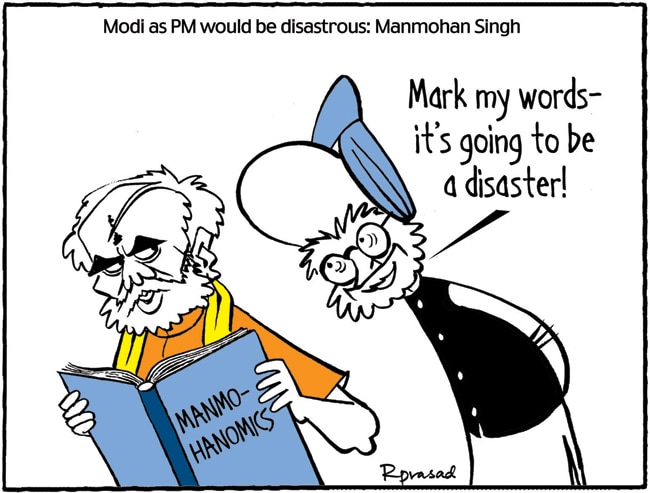