The Budget has failed on not just the economy, but also on India's federal ethos.
Capt. Amarindar Singh | Print Edition: February 25, 2018 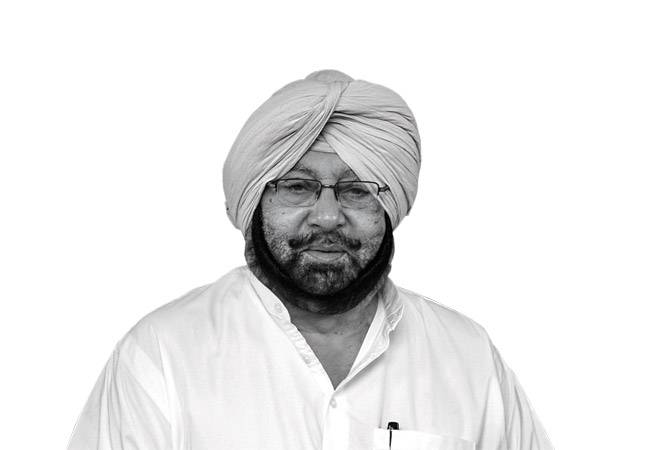 To expect the Opposition party to praise any government policy, especially the Union Budget, is quite unthinkable. In fact, political expediency necessitates open and hard-hitting criticism by the opposition every time the budget is unveiled. And this, I admit to be a universal fact of Indian politics.

But what if the facts completely endorse such criticism? Should criticism, in such circumstances, be negated as mere public posturing only because it has come from the opposition? Would that not amount to a rejection of the ethos and principles of democratic polity? It is from this perspective that I would like the people of India to consider the budget presented by Finance Minister Arun Jaitley.

On the face of it, I found the budget to be anti-people, particularly anti-farmer. There were enough indications to this effect, the most significant being the absence of any initiatives to uplift the farmer community. Coupled with this was the complete disregard by the central government of various concerns raised by states at the pre-budget meeting convened by the FM, which made me wonder what was the point of calling such a meeting if the issues raised were to be ignored so absolutely and shamelessly.

These, as mentioned, were just my initial conclusions, based on a perfunctory reading of the budgetary provisions. Actually, as I went deeper with my examination and analysis of the budget, I found my initial opinion strengthened to the point of conviction. There were enough facts and data to validate my views in the matter. So let me share with you some of the reasons which give credence to my deductions with regard to the budget and its impact on the fiscal condition of the country, as well as on the welfare of its citizens.

Before going into the specifics of the budget, let us take a quick look at the country's overall economic situation. Since the BJP-led NDA government took over the reins of the country, GDP growth has shown a marked decline, as has the growth in core sectors. At the same time, inflation, fiscal deficit and current account deficit are on the rise, with the state of employment a sorry spectacle, underlining the total mess in the economy. What made matters worse is the central government's refusal to concede the demand of states - which are cash starved and depend on borrowings to raise their borrowing limit under Fiscal Responsibility and Budget Management (FRBM) Act 2003 - to allow them to enhance the limit. On the contrary, it has simply gone ahead and increased its own limit. Quite clearly, we have a government at the Centre which believes not in delivering but in talking.

There were, naturally, a lot of expectations from this budget, which many hoped would be a harbinger of economic stability, especially since it was the last full budget of the current government. That, unfortunately, did not happen. The budget, which is totally lacking in vision, has turned out to be a non-starter as far as hopes of economic recovery are concerned. The government has failed to address the concerns of the states and their citizens, and simply indulged in some number-juggling in a bid to project a positive picture.

The biggest concern relates to the distressed farming community. While several states, including Punjab, have come up with their own debt waiver schemes to alleviate woes of farmers, it was widely expected that the central government would do its bit. But the budget failed to address this problem, rendering farmers as virtual orphans, leaving them to fend for themselves. Even economic and agriculture experts have come out openly to say that the budget has nothing in it to end farmer distress.

The ruling coalition has taken refuge in the much-hyped MSP hike to support its claim of coming out with a pro-farmer budget. Even this step is nothing but a propaganda tool, considering that there is no mention of any formula for calculation of production cost, which, as anyone familiar with agricultural nuances could tell, does not end with the cultivation of crops. And in any case, as we all know, farmers have not been getting even the current MSP, so one can well imagine the fate of the revised MSP, even if the arithmetic calculations were somehow made to favour the famers.

As for the middle class, I simply cannot figure out on what basis the central government claims to be concerned about their welfare. The so-called relief in the form of increase in standard deduction is offset by inflation and the inclusion of previously tax-free benefits of transport and medical allowances in total income. This will be further offset by the across-the-board increase in customs duties due to the imposition of a Social Welfare Cess of 10 per cent which is bound to trigger an increase in inflation. The conclusion - this relief is a mere gimmick, aimed at befooling innocent people.

Then there's the issue of the share of central taxes, under which the central taxes are distributed in the ratio of 42 per cent for states with Centre retaining the balance. However, all cess and surcharges are retained entirely by the Centre. And the Centre has very cleverly reduced basic excise on petroleum products and increased, by an equal amount under the garb of name sake change, the cess on these products. Likewise, Social Welfare

Cess imposed on customs duty at 10 per cent will be entirely retained by the Centre, as will be the increase in Education Cess on incomes from 3 to 4 per cent. As a result, states will get reduced share of taxes while the Centre will retain higher surcharges. The central government has broken the federal trust, having changed the character of the non-GST taxes after getting the states to accept GST and making a constitutional commitment of assured compensation.

The evidence showing the central government's total failure to address concerns of any section of society is almost endless. The so-called populist schemes like health cover are nothing but a farce, considering the absence of any mention in the budget of increasing hospitals or doctors, or strengthening the supply of medicines for the poor and needy. Even the youth are feeling cheated by the budget, which provides no provisions for employment generation. The much-hyped Digital India movement, of which youth are a major part, has taken a severe hit in the budget as a result of increase in duty on mobile phones to 20 per cent despite the fact that it was hiked from 10 per cent to 15 per cent just two months ago.

Coming to the issues relating to Punjab, there are reasons galore for us to feel cheated by the budget. The state is seriously impacted by the non-redressal of concerns of farmers, including failure to implement the Swaminathan Committee report. On top of it, the budget has completely failed to address various other issues raised by us at the pre-budget meeting. The Centre has not taken cognizance of our demands for new railways lines, nor has it provided any outlay for enhancing Punjab's security network, despite the fact that it shares its borders with hostile neighbours. What is really disappointing is that in spite of the poor fiscal situation in many states, including Punjab, they failed to accede to our request to change the funding pattern of the Centrally Sponsored Schemes to 90:10 from the present 60:40 in any of the sectors.

I am sure other states too are feeling the pinch of this manifestly anti-people and anti-farmer budget, which, though high on hype, is completely lacking in substance, when it comes to strong and impactful measures to bring the nation's growth trajectory back on track. The federal structure of our polity requires the Centre and the states to work in close coordination in the interest of the people, but, unfortunately, the BJP-led government has failed miserably on this count, as far as this budget goes. This is a matter of grave concern, as any erosion of the federal ethos ingrained in our Constitution comes with a heavy price, which generations of Indians will probably have to pay for decades to come.