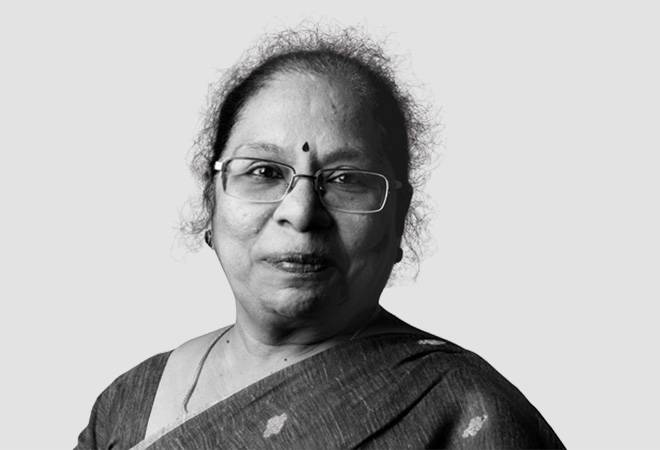 Public sector banks (PSBs) in India have been playing an important role in the banking system and the economy since 1970. They have earned the trust and goodwill across customer segments and have also been driving the social and financial inclusion agenda through their rural presence, sponsorship of Regional Rural Banks (RRBs), support to MSMEs and fostering microfinance.

The Indian banking landscape has changed dramatically over the past decade with PSBs steadily losing market share to private sector banks. As per the RBI Report on Trends and Progress of Banking 2018/19, from a high of 74 per cent in 2010, PSBs' share of banking assets has steadily declined to 61 per cent in 2019. There have been several reasons for, primary being the NPA crisis, which has plagued PSBs since 2015. Given the magnitude of the issue, the RBI imposed curbs on lending and put 11 PSBs that had greater than 10 per cent net NPA and lower than 9 per cent Capital to Risk Weighted Assets Ratio (CRAR) under Prompt Corrective Action (PCA) in order to reduce further deterioration in asset quality and conservation of risk capital. These restrictions have created a significant gap in the banking industry.

Well-governed private banks, which have significantly leveraged technology, have taken big strides, particularly in retail and SME finance, considering the restrictions that PSBs faced. This is substantiated by the fact that credit growth for PSBs has been 2 per cent CAGR between 2015 and 2019, whereas it has been 20 per cent for private banks. As per KPMG in India's estimates, private banks are poised to overtake PSBs in terms of asset share by 2025, assuming they continue to grow at a similar rate.

However, PSBs remain a vital cog in the overall banking system given their scale.

It has been widely acknowledged that the strength of the banking sector is critical to achieving $5 trillion economy for India. In the current situation, credit growth has been stymied by curbs on lending to specific sectors, pendency of cases under the Insolvency and Bankruptcy Code (IBC), limited capital, etc. To revive credit, we need banks with stronger balance sheets and better lending practices. As per the Narasimham Committee report, 1991, India needs to have three large banks with global presence and 10 banks with national presence. The latest round of bank consolidation has brought down the total PSBs to 12 with the objective of creating larger, stronger banks with enhanced capacity for credit. Currently, the State Bank of India (SBI) with assets of $0.6 trillion is the only Indian bank in the top 50 banks globally. Its asset size is about a sixth of the world's largest bank, Industrial and Commercial Bank of China (S&P Global). Bank consolidation is a definite move towards creating banks of global scale.

Merger of 10 PSBs (accounting for 25-30 per cent of banking assets) is expected to slow down growth in the short term but result in higher operating efficiency in the long run. Empirical evidence from past bank mergers suggests that it takes 2-3 years for the merged entity to start realising synergies. The four newly announced mergers are likely to follow this trend. Based on past growth rates for merged PSBs and the growth rates for PCA banks, the PSB sector is estimated to grow at a CAGR of 6.15 per cent and reach `212 lakh crore by FY2025. This implies a market share of 52 per cent for PSBs (current market share is 61 per cent), 46 per cent for private banks (higher than the current 32 per cent) by FY25, based on our estimates.

Larger banks are likely to drive credit growth among PSBs in the short term. Six other PSBs were kept out of this round of consolidation, of which three continue to be in PCA. 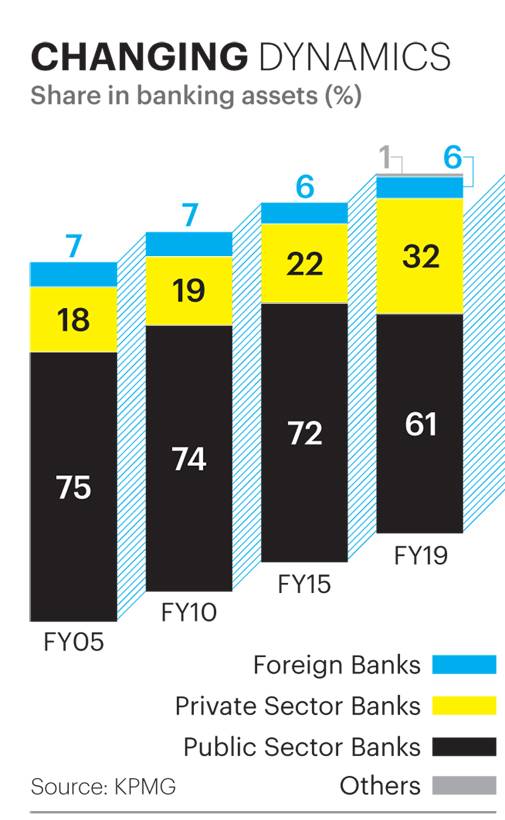 These may require significant capitalisation to move out of PCA and resume regular lending. Given the fiscal constraints of the central government and recent Budget announcement of privatising a bank where the government has significant shareholding, it is likely that the government will look to merge some of these banks with larger PSBs or take the privatisation route if feasible.

As far as PSB mergers are concerned, most synergies are likely to come through optimisation of branch network, streamlining technology, revamped product portfolio being accessible to a wider customer base and integrated operations capacity. However, the benefits of the mergers would be determined by the extent of people and culture integration among the banks.

One of the key aspects in these mergers is to ensure that the knowledge base and strong operations experience of the senior resources are percolated smoothly to the next generation. The importance of change management across the organisation cannot be emphasised more - particularly in the merger context. From a risk management standpoint, there have been conscious attempts over the past few years to improve the quality of Tier 1 capital. Through balance sheet clean-up, improved recovery practices and recapitalisation by the government, it is likely that lending capacity of PSBs will get enhanced.

While the priority would be seamless integration in the short term, PSBs also need to define a transformation agenda to unlock benefits beyond mergers. The focus areas need to be around improving the retail and SME share of business, enhancing customer lifetime value, increasing share of fee income, reducing cost of operations, proactive risk management and improving collection efficiency. PSBs may aim to improve their products per customer from 1.5 to three, enhance share of fee income to 20 per cent, cost to income ratio to be brought down to 50 per cent, and NPA levels to be brought down below 5 per cent over the next five years.

This should result in better Return on Assets (RoA) and Return on Equity (RoE).

Digital and analytics need to be embedded into the transformation agenda. There are several use cases for analytics around customer acquisition, enhancing customer lifetime value, optimising risks through data-based decision making (credit and operations), optimising cost of service. Many private banks have taken the lead on this and have demonstrated reasonable success. Apart from technology enablement, it calls for organisation structural changes, enhanced sales orientation and large scale up-skilling to realise the objectives.

While the process of having limited PSBs of scale and size has been set in motion, the important part is for them to transform and follow through on the aforementioned reforms to improve their market share. The Enhanced Access and Service Excellence (EASE) reform (Source: Responsive and Responsible PSBs: Banking Reforms Roadmap for a New India, published by Ministry of Finance, January 2018) is another action item initiated in November 2017 by whole-time directors and senior executives of PSBs that would help them increase their market share. These reforms are built around six themes - customer responsiveness, responsible banking, credit off-take, Udyamimitra for MSMEs, deepening financial inclusion and digitalisation and developing personnel for brand PSB. While a handful of large PSBs have been working towards these metrics, there is still a lot of room for improvement at other banks.

Overall, bank consolidation is a positive move, but is likely to take about 2-3 years to stabilise. It is critical that banks follow through with the transformation and the EASE reforms agenda to reap the benefits of having larger balance sheets and operational footprint. We are hopeful that PSBs will emerge stronger from this exercise and repay the trust and confidence reposed by customers and shareholders alike.

Six Ways to Be the Best Company