What French president and British PM visits mean for India

What the recent visits, in quick succession, of the French president and the British prime minister, mean for India. 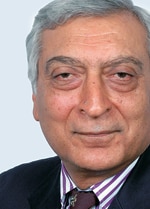 Kanwal Sibal
The successive visits of French President Francois Hollande and UK Prime Minister David Cameron to India this month can be viewed from different angles. Both countries clearly attach increasing importance to the India relationship. Opportunities in India are considerable even now despite the current economic slowdown, and will grow vastly as India continues to rise. Interest in India is also part of the wider reality of economic power shifting steadily towards Asia, with France and the UK, therefore, needing to retain and expand their share of a market that is fostering linkages eastwards. The fact that Europe is in crisis and the French and British economies are in trouble explains also the enhanced attention to India.

For India too, relations with France and the UK are of major importance bilaterally and within the framework of our relations with Europe, which remains India's largest trade and investment partner. The Eurozone crisis has impacted more on the Indian economy than the US financial crisis. France and the UK as the fifth- and sixth-largest economies in the world with advanced technologies to offer are very valuable partners for India. We are appealing to both to ensure a "fair, balanced and forward-looking" India-European Union Trade and Investment free trade agreement.

Both leaders were accompanied by large business delegations, 45 with Hollande and over 100 with Cameron - the largest delegation to leave UK's shores.

David Cameron, British Prime Minister
On the investment side, the UK is well ahead of France, with Cameron pointing out that 50 per cent of Indian investment in Europe was in the UK and his country was the biggest European investor in India. He promised to remove barriers to Indian investment in the UK further, asking in return that India remove its barriers too, especially for British legal, accountancy, architecture and other services.

The target of doubling bilateral trade with France set in 2008 (Euro 12 billion by 2012) has not been met. And that set with Britain in 2010 (24 billion pound by 2015) is not likely to be met either given present conditions

The UK has shown interest in the Bangalore-Mumbai industrial corridor, but the joint statement on this is couched in very tentative language, with the leaders agreeing "to examine and evolve the modalities and content of a feasibility study of this project concept through mutual discussions and to work out a roadmap for a possible partnership in this area". British participation in India's National Manufacturing and Investment Zones has been mooted. This, it is felt, would attract British small and medium enterprises to India. A lot of focus during Cameron's visit was actually on potential opportunities for them.

Cameron singled out health care and education as highly promising areas. In education, strong India-UK relations have been impacted by changes in the UK visa  regime. However, Cameron has indicated these will be reversed - there will be no limit on visas and graduate jobs. He has promised same-day visa services to Indian businessmen. France is far behind in education, but is keen to expand student exchanges through an ambitious education plan, including twinning of higher education institutions, mutual recognition of degrees, exchange of doctoral students, along with an enabling agreement on "people mobility and migration".

Second, there is the advanced technology angle. France, unlike the UK, is a privileged partner for cooperation in nuclear energy with India. The agreement on the Jaitapur nuclear power project could not be signed during Hollande's visit, but the commitment of both sides to its early implementation "as soon as the commercial and technical negotiations, which have made good progress, are completed" was reiterated. India and the UK have now decided to open talks for a civil nuclear cooperation agreement. In space, cooperation with France has been longstanding and an agreement to launch a jointly developed satellite was announced during Hollande's visit. This area is absent from the gamut of India-UK ties. India's concerns about easier access to hi-technology were addressed by Hollande with the signing of several memorandums of understanding between institutions to broaden the scope and depth of future engagements in science, technology and innovation.

Cameron, too, stated the UK's commitment to make available to India the cutting-edge British technologies, civil and military, that the UK currently shares with its top international partners, but in accordance with "international obligations". Cameron supports greater cooperation between India's Defence Research and Development Organisation and the UK Defence Science and Technology Laboratory.

The recent tendency in India to belittle the importance of Europe in external ties is ill-considered and ill-informed, suggesting a discomforting hubris on the part of some opinion-makers

Third, there is the defence angle. Both France and the UK have been long-standing defence partners of India, but France has a record untainted by participation in sanctions. Cameron has expressed his disappointment publicly at losing the contract for the Medium Multi-role Combat Aircraft (MMRCA) to France. During Hollande's visit, it was noted that "the projects for the Scorpene submarine and upgrade of the Mirage 2000 are moving forward and steps are being taken for early finalisation of the Short Range Surface-toair Missiles project. Both sides noted the progress of ongoing negotiations on the MMRCA programme and looked forward to their conclusion". This should dampen speculation that the Eurofighter might re-enter the fray if negotiations with Dassault run into difficulty. The AgustaWestland controversy cast its inevitable shadow on the Cameron visit.

Afghanistan, Iran and Syria figured in discussions, as well as enhanced counterterrorism and cyber-security cooperation. Both leaders called for an expeditious trial of those responsible for the Mumbai terrorist attacks. Both reiterated support for India's United Nations Security Council permanent membership.

The recent tendency in India to belittle the importance of Europe in our external ties is ill-considered and ill-informed, suggesting a discomforting hubris on the part of some of our opinion-makers.

The writer is a former Foreign Secretary