Despite being armed with statutory and arrest powers, SFIO investigations have led to few convictions. This raises questions about its effectiveness 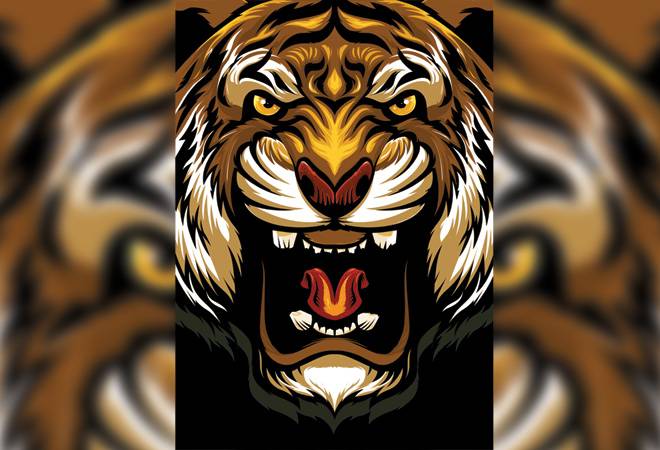 The Serious Fraud Investigation Office (SFIO), the government agency that investigates white-collar crimes in India, made its first arrest on 8 August 2019, almost two years after it was given the powers to do so in 2017. And it was a big catch. SFIO arrested Neeraj Singal, the erstwhile promoter and Managing Director of Bhushan Steel. Singal was found to have used a web of shell companies, owned directly and indirectly by him and his family, to siphon off thousands of crores borrowed from public sector banks, causing wrongful losses to the banks.

Singal's arrest could have been a shot in the arm for the agency, which has been in existence for over a decade and still faces a credibility crisis. Not everyone is convinced about its effectiveness in closing cases of fraud and other crimes committed under the Companies Act. Legal experts and law enforcement personnel say that while the agency has investigated several cases, very few of these investigations have led to conviction.

Shiju P.V., partner at legal firm IndiaLaw LLP, says, "There are no closures in SFIO investigations. You go, they give you a report, (but) you cannot see any conclusion. Investigation is one thing? you don't see conviction."

The criticism holds some truth. Numbers indicate that SFIO has not accomplished much when it comes to getting convictions and collecting fines.

This is the reason that when the agency was given the powers to arrest in 2017, there was hope that it would cease to be a toothless tiger, and the power to arrest would give it the required heft.

However, the power to arrest did not come with clear legal backing, and this was exposed in the Singal case, when the Delhi High Court came down heavily on the agency, calling the arrest an over-reach of its power.

The Delhi High Court contended that SFIO should not have arrested the Bhushan Steel promoter without registering a case or maintaining a case diary as mandated under Section 172 of Code of Criminal Procedure (CrPC). CrPC is the main legislation that governs the maintenance of criminal law in the country. The court also said that the respective provisions of the Companies Act 2013 do not completely exclude the applicability of CrPC. Rejecting SFIO's arguments in this regard, the high court granted interim bail to Singal.

With a stroke of a pen, the high court put many question marks on the procedure and legality of SFIO's arrest power. Mohit Chaudhary, managing partner at law firm Kings and Alliance, says: "While SFIO has the power to arrest, the procedure to file an FIR for arrest and prosecution is not clear."

Born Out of Need

Notwithstanding the legal loopholes that limit the power and scope of SFIO, it has come of age over the years to become a premier agency investigating crimes and frauds committed by corporate India.

The organisation was born out of the need to curb large-scale stock market scams and frauds committed by ever mushrooming non-banking financial institutions and plantation companies in the late 1990s and early 2000s. The agency was set up in 2003 and began working from 1 October that year. At that time, it did not have a formal legal status, and worked under the existing legal framework of the erstwhile Companies Act, 1956.

While it took up investigation of complex matters involving high public interest and had inter-departmental and multi-disciplinary ramifications, without statutory status SFIO had limited scope and power. It received a statutory status in December 2013 under the provisions of the Companies Act, 2013. In 2017, it was also conferred the power to arrest.

Today, SFIO has evolved into a multi-disciplinary organisation consisting of experts from the fields of accountancy, forensic auditing, law, IT, investigation, company law, capital market and taxation. The Companies Act gives it power to search, seize and arrest. The Act also provides that if the government has handed over any investigation to the SFIO, no other agency would be allowed to initiate or do further investigation into the case and has to handover all evidence.

SFIO can start investigating a case at the behest of the Central government, and once the investigation is done, it has to submit its report to the government. The report can then be used by other agencies and courts to frame charges in a particular case.

In its early days, the agency started investigating cases like Daewoo Motors, Morepen Laboratories, Design Auto and DSQ Software. It got its first success in 2014/15 with the conviction of two directors of DSQ Software for the company's involvement in a securities scam in 2003. The case was referred to it in 2005/06.

But major success came in 2014 with the conviction of promoters and directors of Satyam Computers in the 2009 case of accounting fraud to the tune of Rs 7,000 crore.

Another example is of Goldquest International and QNet, a multi-level marketing company that was run by foreign operators and is said to have cost investors over Rs 7,000 crore. An investigation by SFIO led to the arrest and conviction of Goldquest Managing Director Pushpam Appala Naidu in 2014.

While the agency has successes to its name, along the way it has also realised its limitations.

Vijay K. Singh, senior partner at law firm Singh and Associates, says it is not entirely correct to say SFIO investigations are not resulting in convictions. "The number of cases where investigations are getting concluded is increasing with every passing year. In many cases, courts have relied upon investigations done by SFIO. However, every case invites multiple proceedings on various grounds which may be a direct or indirect impediment to SFIO's investigation," he says.

Even if investigations are being completed, albeit at a slow pace, the rate of conviction is low. "Conviction rate is less than 10 per cent. (Even) if they are investigating so much, what is its use? Are they serious about it or are they using it just as a pressure tactic?" rues Shiju of IndiaLaw.

Experts point out that there are many cases where, despite investigations being complete, there have been no arrests and no conviction. Chaudhary of Kings and Alliance refers to the Bush Foods case. He says that the promoters of the company allegedly diverted funds borrowed from banks and settled in the UK. The Delhi High Court requested SFIO to investigate the issue in 2016. The probe was completed and it revealed wrong doing, but since the culprits were settled in a foreign country, no arrests could be made. "If SFIO has the power to arrest, do they also have the power to initiate extradition? If yes then why are those not used? If they have the power to arrest with prosecution, the procedure is not clear," he says.

Legality is where they are lacking, says Ranjana Roy Gawai, managing partner at RRG & Associates. She explains: "Putting many sections together dilutes the cases. Since a corporate fraud case could involve several aspects of the law - corporate, taxation, securities, criminal law, etc - there is lack of clarity on how to proceed with the investigations, sections of law applicable, etc."

Besides, says Gawai, in a case of fraud, too many people are named in the report making it difficult to ascertain the criminality or involvement of each person in the case.

And as was made clear by the Delhi High Court in the case of Bhushan Steel and Singal, SFIO cannot in most cases make arrests without filing a case under CrPC and involving police.

In most fraud cases that are being investigated or are likely to be investigated by SFIO, other agencies like the Central Bureau of Investigation or Enforcement Directorate are already involved. "If an agency like CBI or ED is already doing an investigation and they have the necessary evidence and documents pertaining to the case, it becomes difficult for SFIO to get hold of those documents immediately," says a former SFIO director, who did not wish to be named.

"There are times when some evidence could be of utmost significance on a real-time basis. If they are not immediately handed over to SFIO, the delay could prove very critical for the investigation in the long run," he adds.

An ED official admitted that there are some documents that have live investigation value and which cannot immediately be shared with other agencies. He, however, says: "On a routine basis we share details with other agencies. We come into the picture only when SFIO files a case under Section 447 of the Companies Act 2013."

Procedural issues aside, SFIO also faces a staff crunch. The former SFIO director mentioned earlier, says that unlike other enforcement agencies like CBI or ED, the fraud investigation organisation does not have its own cadre of officers. Most of them are on deputation from other agencies like tax department, police, etc. It runs on a 40-50 per cent staff strength. As against the sanctioned strength of 133 posts, only 59 posts, or 44 per cent of the total number of posts, were filled till last year.

In August this year, SFIO had to put out an advertisement inviting applications for 42 posts for Joint directors (investigation, financial transactions, forensic audits, and capital market), senior directors and senior assistant directors - an indication of the shortfall in staff.

Technology could be of significant help in detecting and curbing corporate frauds but SFIO seems to be falling behind the curve as far as enhancing technological capability is concerned. It had to put on the backburner an early warning system for detection of shell companies, due to paucity of funds. Its computer forensic and data mining lab has not been a great success either. When BT met the current SFIO director Amardeep Singh Bhatia, he refused to elaborate on these topics saying that these were systemic issues and not much could be done.

With its limited success in investigating and convicting culprits in fraud cases, some people have even questioned the need for SFIO given that other investigating agencies like Economic Offence Wing, CBI and ED are already there. Given the large number of complex corporate cases that have come to light, SFIO can still play a big role in detecting and investigating such cases. But to be effective - especially considering that the scale of some cases like IL&FS and DHFL is quite large - it will need more teeth.