All those Men and the Elephant

Online furniture retailers grope their way around as sales boom. 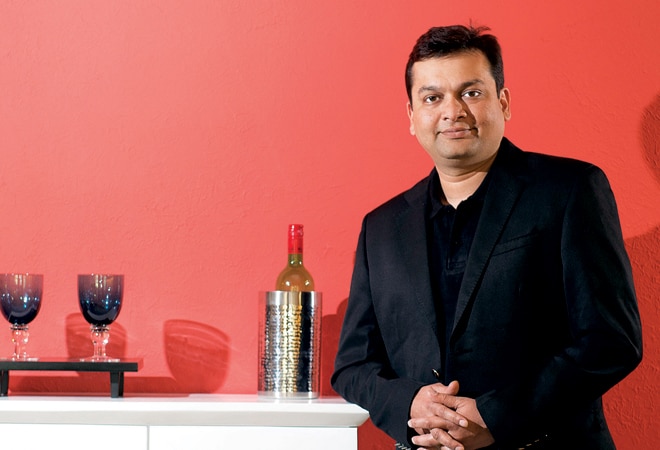 While we outsource majority of our manufacturing, we control the last-mile relationship: Ashish Shah, COO, Pepperfry (Photo: Rachit Goswami)

When Meera Nayak, a software professional with global IT major IBM, started shopping for her new house in Marathalli, Bangalore, the local furniture market did not measure up to her expectations. "Even some branded stores had limited variety," she says. Finally, Nayak took to the Internet. "Urban Ladder was the answer to my requirements. I liked the sleek, modern, straight lines of several of their pieces. The prices were competitive and delivery immaculate," she says.

Consumers like Nayak are making sure that the e-commerce revolution in India is not confined to travel, gadgets, apparel, books and diapers. There is also furniture. Furniture e-tailing is pegged at a mere $200 million compared to the $13 billion e-commerce market in India, but is growing at around 10 per cent annually. And, a lot of that is down to the moves furniture retailers have made.

Pepperfry, Fab Furnish, Urban Ladder and Mebel Kart - the big four of online furniture retail - are on the same page when it comes to the prospects of this new channel, but they are chasing different models for growth. All of them have been monitoring the Indian buyer to devise unique strategies, but have mainly adopted two basic formats - the marketplace and in-house models. Pepperfry and Mebel Kart act as marketplaces aggregating sellers. Urban Ladder and Fab Furnish focus on in-house brands. But again, within the respective framework, each has a different style of functioning. For example, Mebel Kart relies on third-party logistics support, while Pepperfry controls the entire value chain.

A snapshot of the main players in the online furniture market

Says Rajiv Srivatsa, Founder and COO of Urban Ladder: "Furniture is not easy to master. Focused players can offer greater range, price and services. One needs to have in-house expertise in terms of design and quality checking, even if manufacturing is outsourced." Srivatsa dismisses claims of horizontal e-commerce players such as Amazon, Flipkart and eBay on their ability to scale up the furniture vertical. "Unlike other verticals, furniture is a specialised business, given the differences in designs and material that vary across regions. Online players who are focused only on furniture have greater chances of success," he argues.

CLASH OF THE CRAFTSMEN

Furniture, till recently, was largely a local play. Transporting a bed or a dining table, for instance, was expensive and the possibility of breakage during shipping meant people would hire a local carpenter or visit the neighbourhood retailer. But, in 2012 a clutch of online players stormed the local bastions. The immense potential has not gone unnoticed. Venture money worth about $100 million has already been pumped into the segment.

Ashish Shah, Founder and COO, Pepperfry, says India's home decor and furniture market is worth $20 billion (about Rs 120,000 crore), with less than 10 per cent of it being organised play. Shah says furniture makes up two-thirds of the market, with the largest offline player's revenue pegged at less than $100 million. According to industry estimates, Godrej Interio is the biggest player with revenue of about Rs 1,600 crore, but it is present both online as well as offline and also sells products such as mattresses and health-care furniture. In every sector it is the top twothree vendors who will eventually win and furniture is no different. We want to be one among those
Vikram Chopra, Co-founder, FabFurnish, is equally excited: "With the Indian consumer's spending power increasing, people are looking for both convenience and quality. This has resulted in a 10 per cent year-on-year growth of the domestic furniture market."

Srivatsa says there is no reason why India cannot throw up a couple of online furniture vendors with multi-billion dollar revenues, along the lines of US-based Wayfair and Meilele of China. Pepperfry's Shah shares his excitement. "It took us two-and-a-half years (from January 2012 to June 2014) to sell the first 100,000 units, but in the subsequent four months (July-October 2014) we sold an equal number of units," he says. "It indicates greater acceptability for online furniture shopping."

The marketplace model acts as an aggregator. Rahul Agrawal, Co-founder and CEO of the Bangalore-based Mebel Kart, feels furniture is a localised business. "We have tied up with local merchant partners. Some of our designs may be proprietary and we check the quality at every stage, but we work with local vendors in each city. This reduces the need for too much logistics, breakages and, most importantly, we carry almost no inventory. This is a capital-light model that would drive growth."

Mebel Kart delivers furniture across 4,800 locations covering 500 cities in India through logistics partners. Agrawal says they have been able to scale up their business at a fast clip and with far less capital because of the flexibility that the marketplace model offers. The company raised just $3 million from external investors, far less than its competition.

Pepperfry, which also operates on the marketplace model and raised $28 million, says controlling the logistics is key to their business. "We have 11,000 items listed on the site, which we believe is the largest for any player. While we outsource the majority of our manufacturing, we control the last-mile relationship. We are also open to working with other brands, such as Godrej or Evok, or any other player," says Shah.

The company is looking to raise an additional $40 million to $60 million dollars to expand its network of 70 delivery trucks and warehouse hubs, central facilities across 11 metros to feed smaller warehouses across India. It is aiming at a $1 billion turnover by 2018.

Companies that act as marketplaces say they work with several hundred manufacturers, but refuse to divulge the details. "Be it large or small brands, if they meet our quality criteria they can use our platform. We have our own managers to ensure quality," says Shah. Initially, when a furniture maker enrolls with the company, Pepperfry supervisors monitor the quality at every stage. Once a seller establishes his credentials, then usually a quality check is done at the dispatch stage.

Srivatsa of Urban Ladder is equally critical of the marketplace model as he is of the horizontal e-commerce players. "If we are selling others' brands, customers will look for the lowest price. It is important to have a brand identity of our own and sell only under the Urban Ladder brand. We don't believe in third-party logistics. We want to own the value chain end-to-end. Even outsourced manufacturing is done under our close supervision." He says end-to-end monitoring of products results in greater quality checks and helps to position Urban Ladder as a premium product. In the comfort zone: Urban Ladder founders Ashish Goel (left) and Rajiv Srivatsa
Srivatsa's sentiment is echoed by Chopra of FabFurnish. He has developed several in-house brands to cater to the different segments of the market. "Almost 90 per cent of our sales is from our own private labels. Margins are about 10 per cent higher in the in-house model. The marketplace model is a weak one," says Chopra. Even imported furniture is sold under the FabFurnish label.

Unlike brick-and-mortar stores where you can walk in and have the furniture delivered to you within a couple of days, or a few hours, the turnaround time has been the Achilles' heel of online vendors. Those following the marketplace model, however, say their delivery time is half of what the in-house players take. "Our turnaround time is one to three weeks, compared to the two to four weeks for some of our competitors," says Agrawal of Mebel Kart.

For all their differences, the online vendors seem to agree that sooner or later they need to have an offline presence, too. FabFurnish and Pepperfry have already set up brick-and-mortar stores while the others are toying with the idea. Says Chopra of Fabfurnish: "The offline stores are not to push sales, but merely to reassure our availability for installation and warranty services."

Furniture is not easy to master. You need to have in-house expertise in terms of design and quality check even if manufacturing is outsourced

Each player is devising its own methods to woo shoppers. Some promise quick delivery and a no-questions-asked-30-day-return policy, others ensure speedy assembly and carpenter services. Niche is another wish. Urban Ladder is positioning itself in the "mass affluent" category. FabFurnish says it targets the "affordable, mass market" category. The vendors have also developed apps on major mobile platforms.

All vendors, however, agree that preferences of furniture types differ from region to region. While shoppers in Bangalore might opt for light, modern furniture with eccentric designs, Delhi shoppers like solid wood, antique and colonial. Mumbai, given the space crunch there, prefers compact furniture. Engineered wood and wrought iron furniture sells well in non-metro cities and towns because they are 10 to 40 per cent cheaper than the premium quality furniture.

With an average ticket size of Rs 15,000 and gross margin of 50-60 per cent, the race is on among the big four players to be the market leader. Says Chopra of FabFurnish: "In every sector it is the top two or three vendors who eventually win, and furniture is no different. We want to be one among the winners."

However, it remains to be seen how they will fare once global brands, such as Ikea, enter the market. The Swedish player is soon expected to announce its Indian plans with a store in Hyderabad, but its foray into the online space might be the real challenge for e-tailers. But for now, it is growth time for the online furniture vendors.