A Million Idlis a Day

How a guy who failed his sixth grade went on to build a Rs 62-crore food company. 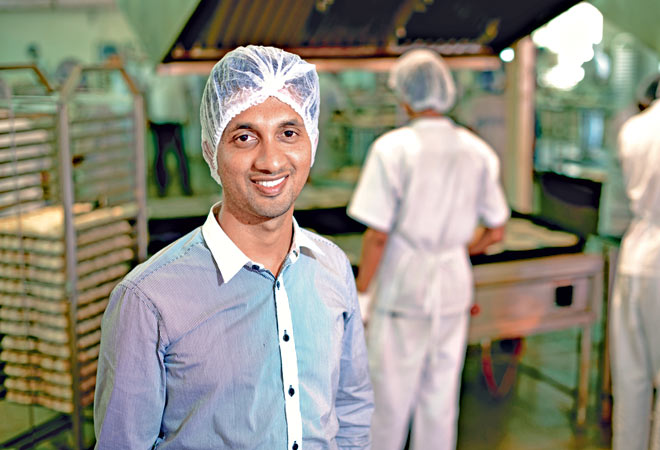 'THIS IS AS MUCH A LOGISTICS BUSINESS AS IT IS A FOOD BUSINESS. ONE REASON OUR ATTEMPT TO CRACK THE CHENNAI MARKET FAILED WAS THE POOR QUALITY OF REFRIGERATION,' says P.C. MUSTAFA, founder, ID Special Foods.

While growing up in an illiterate farmer's family in a remote part of Wayanad, Kerala, P.C. Mustafa did not have a lot of expectations. "I grew up in a remote village. There was lack of basic facilities. I was poor in studies and failed in Class VI." This was just the shock he needed. As the reality of having to work on a farm if he did not study struck him, he decided to take another shot at educating himself. This time, he succeeded, and a few years later managed to join an engineering course at National Institute of Technology, Calicut. His first job was with Motorola in Bangalore. After some time, the company deputed him to the UK on a long-term project. "Maybe it's my background, or whatever, I couldn't live on a diet of potatoes there," he says.

Homesick, he decided to look for a way out. "I decided to go to the hometown of all Malayalis, the Gulf," he says. He joined Citibank's technology department where he worked for seven years in several cities in the region, including Riyadh and Dubai. Still, his heart was fixated on India, as he wanted to spend time with his parents. Another ambition was pursuing higher studies.

After returning to India, Mustafa pursued the executive MBA programme at Indian Institute of Management, Bangalore. It was during this course that he decided to take a plunge into entrepreneurship. Mustafa's cousins - Sanshudeen T.K., Abdul Nazer, Jafar T.K. and Noushad T.A. - ran a kirana shop in Thipassandra, a Bangalore suburb. "I would sit in the shop on weekends and holidays. After IIM, I could have got a job anywhere, but I decided to be on my own," says Mustafa. Sitting in the shop Mustafa would notice women buying batter for idlis and dosas. In spite of the poor quality of the batter and irregular supply, it used to fly off the shelves. This gave him the idea to enter the packaged food business for which he dipped into his Rs 14 lakh savings.

Mustafa says a lesser-known secret of retail in South India is the sheer number of kirana stores run by Malayalis. And, among sub-communities, the high level of specialisation. So, one community could be running just vegetable shops while another could be focused on bakery products. This helped Mustafa when he started the business with his cousins. "Most of these people have little education and capital. What works for them is hard work. Rents are high, margins thin, but workers usually enjoy the same status as owners. When these stores grow, they have a ready supply of workers, usually friends and relatives. After a time, some workers start their own stores," he says.

The cousins, aware of their humble background, started small. They brought 5,000 kg rice and made 15,000 kg batter, which they distributed as samples. "This is where feedback from our kirana customers was crucial. By the end of the experiment, we knew how to make ideal batter."

Mustafa says with advent of nuclear households, Indian women have enormous demands on their time as they juggle job and house work. "She wants to be seen as taking care of her family by serving them fresh food. Our aim was to complement her efforts, not compete with her, which is why we will never get into the ready-to-eat segment. Our aim was if the idli was fluffy and tasted well, credit should go to her," he says.

In 2008, the cousins rented a 50-square-feet kitchen and a grinder. The batter was delivered on a scooter. Nazer did the grinding while Sanshudeen took care of delivery. And yes, the Malayali kirana network did help, at least in the beginning. Mustafa says initially the idea was he would remain just an investor. "I had to take a call. If we wanted to scale up, we had to put organisational structures in place and run operations professionally. That is when I decided to enter the business full time and the company started operating formally," he says.

What set them apart, he says, was quality. They did not add preservatives or additives to the batter and used low-sodium salt and water purified by the reverse osmosis method. "Our product is 100 per cent natural. We do not use chemicals or preservatives. It is just like the home-made product." While the company was informally known as Best Foods Pvt Ltd, copyright issues forced a change to ID Special Foods Pvt Ltd.

Sadananda Maiya, who built and later sold MTR Foods, and who now runs Maiya Foods, which is into spices, ready mixes and ready-to-eat segments, says the fresh food business is risky because of the short shelf life of the products and the problem of logistics. "It is hard to crack," he says. ID, however, seems to have done it.

By 2010, the brothers were selling 2,000 kg batter a day. The annual revenue had touched Rs 4 crore. The company employed 40 people, though distribution was limited to Bangalore. At this stage, attempts to expand to Chennai failed. "We learnt several lessons. First, this is as much a logistics business due to the product's short shelf life as it is a food business. One reason our attempt to crack the Chennai market failed was the poor quality of refrigeration and air-conditioning facilities." Attempt to diversify by getting into snacks such as rose cookies and diamond cuts didn't take off either due to lack of value proposition and product differentiation. Here, the company did not stick to its core strength - making products with a short shelf life.

Other challenges also kept cropping up. One was wastage. As it is a daily distribution business, inventory means losses. In the early days, wastage was as high as 25 per cent. "We had to get the ideal mean between ensuring availability and minimising unsold inventory." Mustafa says that is where his IT experience helped. They developed an application to capture data on a real-time basis, cutting wastage to 1.6 per cent. Also, the plan to sell Malabar parotas, which have a shelf life of three days, took off. Today, apart from 50,000 kg batter, the company sells 40,000 chapatis, two lakh parotas and 2,000 packets (200 gm each) of tomato and coriander chutney in a day. Parotas accounted for 40 per cent of ID's Rs 62-crore revenue in 2014/15.

ID today sells in eight cities - Bangalore, Mysore, Mangalore, Chennai, Mumbai, Hyderabad, Pune and Sharjah. A total of 200 Tata Ace delivery vehicles go around the seven cities in India. ID now employs 650 people, touching more than 10,000 stores a day. Mustafa says the company has been profitable from day one and the amount of batter it sells in one day can make a million idlis.

Most of the expansion has been done by ploughing back profits. They could have borrowed to grow faster, but Mustafa says religious principles forbid them from taking loans. Six months ago, ID raised Rs 35 crore from Helion Ventures, a venture capital (VC) fund, to modernise its factories, expand its fleet, and for marketing and R&D. Mustafa says mentoring by people such as management consultant Ashok Dhingra, which was enabled by Helion, is what attracted him to Helion "in spite of being wooed by more than 60 VCs".

In the pipeline are fresh sambhar, coconut chutney and dhokla for the Ahmedabad market. ID plans to be present in 30 cities in the next six years, though Mustafa says it will not get into ready-mix spices or categories where there are large players unless they can ensure differentiation.

Harish Bijoor, who runs an eponymous management consultancy, says scaling up the fresh food business is not easy. "Unlike batter, which is a fairly standard product, succeeding in other daily food categories may be harder due to regional variations in taste," he says.

But a gung-ho Mustafa says with a smile: "For a guy who failed his sixth standard, I don't think I have done badly by selling batter."

Family businesses seek mentors from outside