India’s low-cost carrier (LCC) segment seems to have hit an air pocket. This phase started with reports of large-scale cancellations of several IndiGo flights due to a large number of the company’s cabin crew taking leave to ostensibly appear for Air India interviews.

While the reason may sound plausible, it is not accurate. It is believed that a sizeable chunk of the crew had called in sick as part of a go-slow action to demand a roll-back of pay cuts announced at the onset of the pandemic. Its impact was so profound that on July 2 and 3, 55 and 29 per cent of the carrier’s flights, respectively, were delayed. The airline had faced similar action by pilots earlier. The airline partially rolled back their pay cuts earlier this month. But its labour troubles aren’t over yet.

Recently, its aircraft maintenance technicians (AMTs) in New Delhi and Hyderabad went on sick leave to protest against inadequate pay. Taking a cue from their counterparts at IndiGo, several AMTs at Go First, too, did the same.

What is wrong with the LCC segment? Shakti Lumba, former head of operations at IndiGo, attributes it to the cultural shift in India’s aviation landscape with the advent of LCCs. “Since the new entrants were scared of trade unionism, they ended up building contracts that emphasise the obligations of the employees towards the employer and not the other way round.” 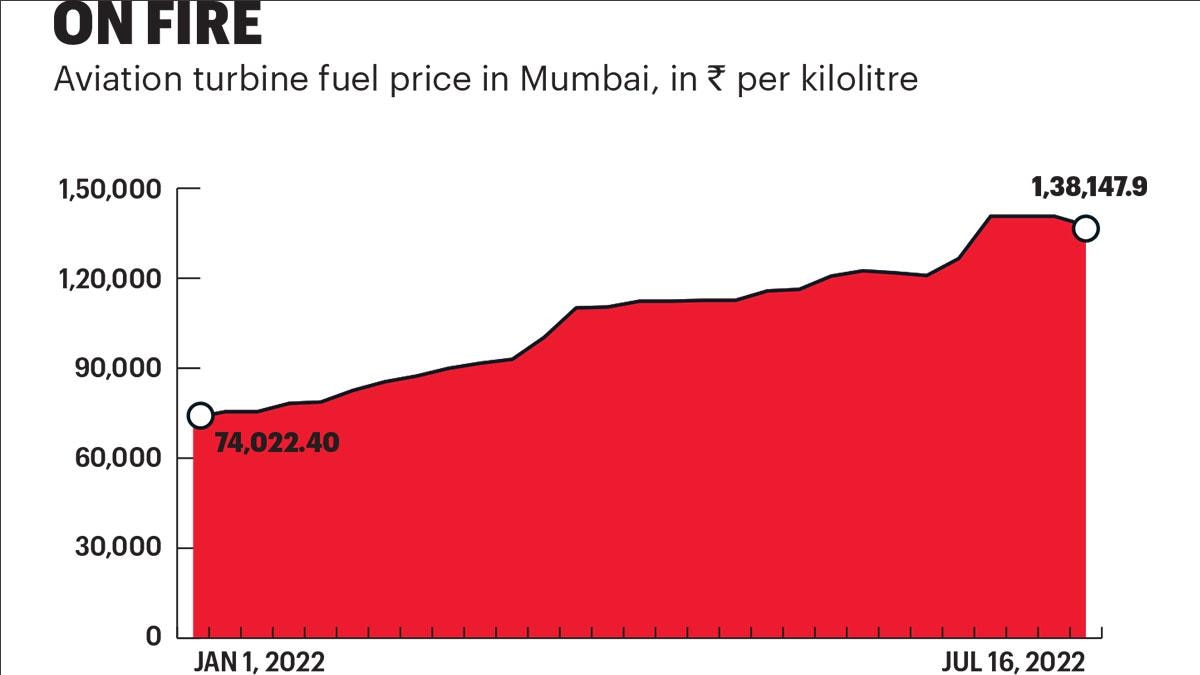 Aviation experts feel the LCCs are unable to manage expectations of different work groups. “These actions are driven by discontent and distortion. The discontent is driven by salary expectations and partial restoration of salaries and allowances. Those are driven by a challenge of perception,” says Satyendra Pandey, Managing Partner at aviation consultancy, AT-TV. After initially threatening to terminate absentee AMTs, IndiGo and Go First are learnt to have agreed to rationalise their compensation as well as remove any anomalies.

In response to a detailed questionnaire from BT, both airlines issued statements. “IndiGo is in constant dialogue with its employees to take care of any issues or grievances. The aviation industry has undergone a difficult phase... As business recovers, we are in the process of addressing some of the issues related to employee remuneration,” the statement reads.

Denying any protest by its technicians, Go First claims, a few “were absent for two-three days”. “We are in constant discussions... and explaining the present situation and addressing all concerns, if any. It is also clarified that unlike as perceived or as in some other cases, we have reinstated employees from leave without pay to normal working conditions and restored salaries to pre-Covid-19 levels since August-September 2021,” the Mumbai-based airline said.

The demand for the restoration of salaries is also driven by the perception of a strong recovery in the sector. Passenger traffic at airports touched 93 per cent of pre-Covid-19 levels in May. “All too often one hears the chant, ‘the flights are full’ with lazy analysis that concludes that airlines must be doing well,” says Pandey. “[It] fails to factor in the significant increase in input costs and the fragile balance sheets.”

There has been a spate of reports about declining safety standards at SpiceJet, the country’s second-largest carrier by market share. A notice issued by aviation regulator Directorate General of Civil Aviation (DGCA) to the airline states that “poor internal safety oversight and inadequate maintenance” may have compromised safety standards. In response, an airline spokesperson tells BT that they will respond to the DGCA within the specified period. “We have been regularly audited by DGCA. All flights of SpiceJet are conducted in compliance with the applicable regulations of the DGCA on the subject,” says the spokesperson, adding that its 57-aircraft fleet is among the youngest in India. Following similar reports at other Indian carriers, DGCA has asked all the airlines to ensure compliance of the mandated safety protocols.

In the post-Covid-19 period, balance sheets of all carriers are bleeding. The industry has a high cost structure, with most carriers operating on thin margins. Even a slight disruption ends up stressing their balance sheets. “While some airlines may have a cash cushion, not all LCCs are that fortunate. Airlines with low reserves will struggle even in the long run or may not survive. Although Indian civil aviation has huge untapped potential, the impact of the current crisis will be felt for at least two-three years if not more,” says Ajay Kumar, Managing Partner at law firm KLA Legal.

Moreover, due to the uncertainty and ever-rising fuel prices coupled with a decline in the value of the rupee, airlines are struggling to pay lease rentals and maintenance reserves to overseas lessors in US dollars. The price of aviation turbine fuel in Mumbai jumped nearly 84 per cent to `1,10,666 per kilolitre between April 1, 2021 and March 31, 2022. “We have seen many airlines seeking waiver or deferral of lease rental payments with the lessors,” says Kumar. “We will not be surprised if airlines start defaulting in their contractual obligations with OEMs when it comes to accepting deliveries of earlier aircraft orders.”

Under these circumstances, the civil aviation industry could do with a more conducive tax environment. “One of the first things that the government can do is to bring ATF under GST. It can also consider temporarily slashing airport charges and other fees,” suggests Kumar.

The industrial action also speaks volumes about the intensely competitive dynamics of the sector. With the entry of Akasa Air and Jet Airways, this is likely to further amplify.