Spurred by new-age apps and hardware, live video broadcasting has become the new language to communicate.

We often watch live broadcasts of events, concerts and shows. How about broadcasting your views to your followers or even the masses? If you are interested, there are a host of apps and services that allow live streaming of content to interact with the audience in real time - you can not only become popular among your target audience, but may also start generating revenue as you grab more eyeballs.

Live streaming has existed for over a decade with platforms, including Ustream and Twitch, but it is the new-age apps with a mobile-first approach, such as Meerkat and Periscope, that are making video broadcasting the next inflection point in the digital and social media space. While professional live streaming events were aired with broadcast-quality cameras and equipment connecting to real-range satellite uplink transmitters, the new-age apps are enabling smartphone users with a decent bandwidth to stream HD, full HD or 4k content.

However, none of these services worked on 2G and you should not even think of streaming on 2G. While most of them worked on 3G, the upload and video streaming was seamless on high-speed Wi-Fi or 4G connectivity. Of all the video broadcasting apps, Periscope works the best.

Periscope, acquired by Twitter last year, took the world by storm. It allows you to livestream your video even on Twitter and lets you "explore the world through someone else's eyes". It's easy to use - click to start live streaming, share with friends and upload on YouTube. Twitter followers are notified when the content goes live, and lets them post comments and send emoticons. From streaming a fun moment with friends and voicing an opinion, to marching for a cause and citizen journalism, Periscope helps you reach out to a wider audience. Once the live steam ends, it can be replayed for 24 hours. 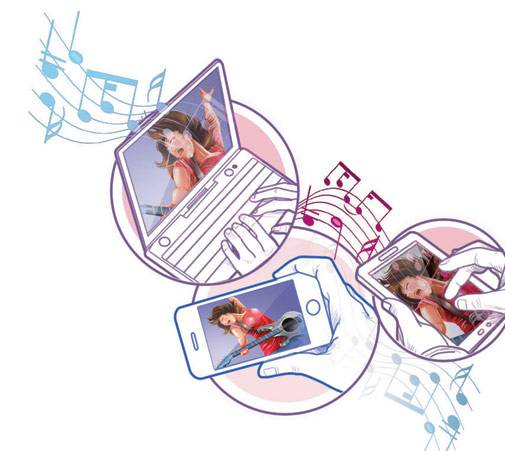 Periscope's biggest rival is Meer-kat. The app lets you livestream videos from your phone. Tweet as soon as you go live to get more followers. Hitting 'Stream' shows the live video on your Twitter feed. People can watch the feed live on the web. This app also allows you to save your own streams to share, connect with Facebook, Twitter or Instagram, and interact with other streamers.

While Periscope and Meerkat are the two most popular video broadcasting apps, YouTube allows you to create a live event under the new Live Streaming update - Stream Now Beta - for private or public streaming. It uses Google Hangout On Air to stream live from your webcam. I could not locate this feature on the YouTube app on my smartphone.

Another simple way to livestream on YouTube is to use the InstaLively - another innovative app that allows one-touch broadcast to YouTube directly. You can either use an existing YouTube channel, or create a new channel to subscribe to the services before going live. The video is published as YouTube broadcast and gets stored on your channel for later use and wider reach. Barely a few months since its launch, InstaLively has over 10,000 registered downloads. It has 5,000 active users, of which 30 per cent are broadcasters. Using InstaLively has its own advantages - YouTube has a wider reach and also lets you generate revenue. Videos can be monetised with ads, letting you earn on the basis of the number of views on your YouTube page. Says InstaLively co-founder and CEO Karthik Vaidyanath: "We have also tied up with ecommerce companies where a video is linked to the site for a purchase. We have activated this feature only on verified profiles as we are testing this in a controlled environment. We plan to roll it out for all our users." The app features live broadcast sessions and plans scheduled telecasts, where you will be able to share the link with your followers and friends on Twitter and Facebook before it is relayed. You can also host a private broadcast session. InstaLively claims to work closely with YouTube's San Francisco team and has successfully hosted broadcasts for Google, NASSCOM for Start-ups, Nritya-Bharati, Mary Kom, GSF, Meraevents and the Belgian Embassy.

Periscope's Indian counterpart is #fame app. With over 2.5 million downloads since it was launched last year and more than 10,000 hours of live programming, including 70,000 live performances, #fame has met fortune. You can broadcast videos live or opt for a scheduled telecast. It is an independent channel and claims a wider instant reach than YouTube. #fame also has social sharing built into the platform for promoting live beams. Says Saket Saurabh, CEO, #fame: "Live streaming is getting big and the real power is about interacting with your followers while beaming video. There are engagement tools that allow your followers to ask questions while the beam is on." Entertainment, astrology, fashion, tips and dating are some of the popular segments on #fame. "Most users are between 15 and 24," says Saurabh.

Wondering why videos are gaining a lot of traction? It's simple. People have smartphones with bigger displays, data consumption has increased manifold and accessing video content on smartphones and tablets has become easy. Above all, people prefer watching videos over reading long write-ups. Average time spent on watching a video is close to 2 minutes and 30 seconds, while people do not spend more than half a minute to browse through print. ~