Hospitals for children are emerging as a big business. After taking several baby steps, the leading players in the segment are now striding ahead.

'For the first 25 years, it was impossible to expand. I tried, but could not get sub-specialists', says Dr Bhupendra Avasthi, CEO and co-founder, Surya Child Care.
E Kumar Sharma

Rainbow Hospitals, a leader in the multi-specialty paediatric hospital segment with 700 beds across six locations, was just a 50-bed entity since its inception in 1999 till 2007. Between 2007 and 2014, however, it added 650 beds. And, over the next three years, it plans to add another 450. Mumbai-based Surya Child Care, which has been around for 30 years and is headed by Dr. Bhupendra Avasthi, has 300 beds, but wants to double this number in the next one year.

Majority of children hospitals aim to be asset light

Most have a hub-and-spoke model

Many are taking the franchise route while expanding to newer geographies

The two are part of a larger trend in the healthcare industry. As private hospitals catering to all age groups are struggling to maintain profitability, hospitals for children are emerging as a big business. After taking several baby steps for over a decade-and-a-half, the leading players in the segment are now striding ahead.

"We have grown from 70 to 300 beds in the past two years. For the first 25 years, it was impossible to expand. I tried but could not get sub-specialists such as paediatric cardiologists, paediatric neurologists and paediatric nephrologists. The doctors had only MBBS or MD degrees," says Dr. Avasthi.

"About 10 years ago, in Mumbai, I could find only two good paediatric cardiologists, but today there are at least 10 good doctors in each sub-specialisation," he says. Funding, too, is more easily available. And most importantly, unlike the main hospital segment, this is not a crowded space yet.

Talk to any healthcare expert on this and he will give a number of compelling reasons why expansion by children's hospitals makes sense. One, there is a big demand-supply gap. According to PricewaterhouseCoopers India (PwC India) estimates, on the basis of data from individual players, right now it is a Rs 1,500-crore market (with over 2,000 paediatric beds), a fraction of the overall Rs 55,000-crore paediatric market (largely paediatric arms of multi-specialty adult hospitals, nursing homes and paediatric clinics). Two, since most top players are concentrated in a few locations, their EBITDA margins are higher (25-30 per cent) than that of multi-location super-specialty hospitals for adults (12-20 per cent). Three, the model is rapidly scalable as most facilities have just 100-150 beds. Four, it costs around 20 per cent less to set up a hospital for children - one reason why operational breakeven is possible in about 30 months. For a comparable multi-specialty hospital for all age groups, the figure is 60 months. "While the average capital spent per bed is similar for both, the difference is due to the fact that a 100-120 bed paediatric facility is capable of housing almost all super-specialties while it takes 1.5-2.5 times more investment to house facilities for super-specialised care in an adult hospital. This translates into a need for more beds or equipment, or both," says Vijay Raaghavan, Principal Consultant, Health-care, PwC India.

"The country needs hospitals for children. Any city with a population of 20 lakh needs at least one 100-bed children hospital," says Dr. Ramesh Kancharla, Chairman and Managing Director of Rainbow Hospitals.

Most hospitals, says Dr. Kancharla, tend to be 100-bed outfits catering to urban India and offer a mix of intensive care, some specialisation and maternity services. Rainbow, he says, is the largest player with focus on multi-specialty services. A typical hospital for children that offers tertiary care, that is, care across specialisations, costs Rs 45 lakh to Rs 50 lakh per bed, which translates into Rs 50 crore for a 100-bed facility, he says, and that too if "it is asset light, that is, does not own the land and building". Most hospitals have been following this model. For the past five years, Rainbow, says Dr. Kancharla, has been growing at 25 per cent every year and hopes to close 2015/16 with a revenue of Rs 250 crore. 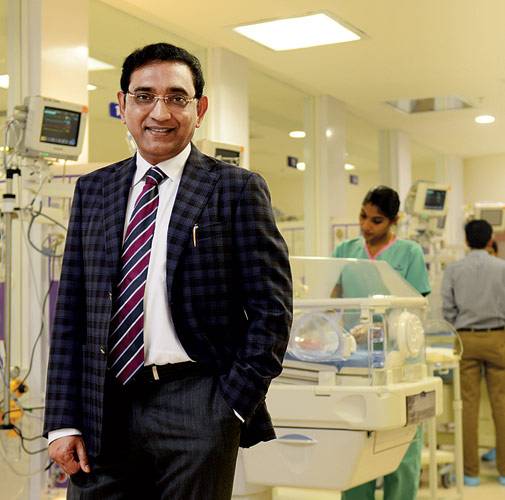 'Any city with a population of 20 lakh needs at least one 100-bed children hospital', says Dr Ramesh Kancharla, CMD and Founder, Rainbow Hospitals. (Photo: Nilotpal Baruah)
Business Today's conversations with Dr. Kancharla and others show that the growth of paediatric hospitals is the result of a fact that most are single-location players in a market that is not crowded. Plus, their mix of facilities includes intensive care, where the revenue per bed is higher. Also, a bulk of their revenue comes from NICU (neonatal intensive care), PICU (paediatric intensive care) and other specialised offerings. They also earn from perinatal (pre-birth) services (see Key Facts).

"There is positive sentiment about children's hospitals. Most lending agencies are seeing growth there," says Dr. Kancharla. He is using a combination of equity and debt for adding 450 beds. "We have almost no debt. We intend to use a combination of debt and equity, in equal measure perhaps, and raise around Rs 150 crore," he says.

Dr. V.S.V. Prasad, Chief Executive, Lotus Childrens Hospital in Hyderabad, is pursuing a different model. Dr. Prasad was, incidentally, Dr. Kancharla's partner when Rainbow was founded, but later split and in 2006 set up Lotus. "By and large, 80 per cent child healthcare is provided by general practitioners," says Dr. Prasad, adding that only one or two out of every 10 children need hospitalisation. So, he is planning a model under which basic services are offered by satellite centres while the complicated cases are referred to the mother hospital. "We have not operationalised this model yet but hope to open two satellite centres in one year," he says. Lotus has 200 beds in two facilities in Hyderabad. Dr. Prasad says the franchise model, too, can work. "For our expansion, we are looking at a franchise model where we will partner with a group of local doctors who know the area well and have been practising there," he says. 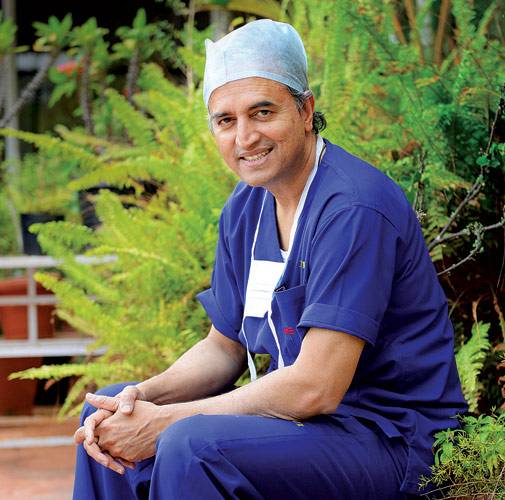 'India needs at least two lakh paediatricians. The current number is just 20,000,' says Dr Devi Shetty Founder and Chairman, Narayana Health.
"Our focus is on paediatric and maternity services, but more on paediatrics. However, our main focus is intensive care," says Dr. Avasthi of Surya, which started offering services in Pune from April 2015. "Typically, out of 125 beds at our units, 50 to 60 are reserved for neonatal or intensive care and that is one reason our returns are better," he says. On revenues, he says: "We were at Rs 15 crore earlier and hope to touch Rs 70 crore this year and Rs 150 crore next year." The focus, he says, is to be asset light. "We enter into long leases (30-40 years) for buildings and partner with good doctors who know the local market and would invest under a profit-sharing arrangement," he says. He is doing this in Jaipur apart from Thane in Mumbai. A third unit is planned either in Kandivali, a suburb of Mumbai, or in Ahmedabad. "After we embarked on this, every third day we have been getting calls from different locations with offers for partnership," he says. To fund growth, two years ago, Surya had raised close to Rs 60 crore from healthcare-focused private equity firm OrbiMed Advisors.

Dr. Devi Shetty, Chairman and Founder of Narayana Health, says, nationally, there is still a huge shortage of manpower to address childern's health issues. "We have one of the highest infant mortality rates in the world. Even 20 per cent Caesarean section births translate into 5.6 million C-section surgeries every year, which require two lakh gynaecologists and an equal number of anaesthesiologists, radiologists and paediatricians. However, the country has just around 20,000 paediatricians."