News
Magazine
Cover Story
How Apple's iPad, a Galaxy smartphone and Dell ultrabook fare against each other

How Apple's iPad, a Galaxy smartphone and Dell ultrabook fare against each other

Gadgets & Gizmos pits Apple's New iPad, Samsung Galaxy S3 and Dell XPS 14 Ultrabook against each other to see how they fare in a faceoff.

Nidhi Singal / Nandagopal Rajan
If we talk about mobile devices, the buck stops at the three strongest categories - smartphones, tablets and Ultrabooks. Here we pit our picks from the three segments against each other to see how they fare in a faceoff.

We have scored each device out of 100 based on 10 parameters which we thought were crucial to all of them. However, in some areas, like cameras, it was not an even playing field. 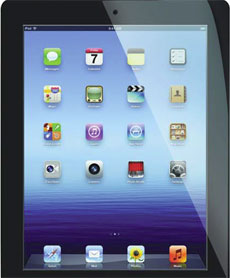 >> Processing Power (9/10)
The tech world is going ga-ga about the new quad-core chips invading smartphones and tablets. But Apple was wise enough to continue with a Dual Core A5 processor. For heavy graphic gaming and graphics, the iPad however uses quad core graphics. The new iPad can easily play full HD videos and passed with the flying colours in the high resolution image test as well. This tablet took less than 32 seconds to start.

>> Web Access (9/10)
Safari is the default browser on the new iPad as well, but we decided to load a few pages on the Chrome Browser for our tests. We had the 4G + Wi-Fi variant of the iPad. So we uploaded and downloaded content and browsed the web on both Wi-Fi as well as cellular networks. While the speeds on the Wi-Fi network were stable and fast, the experience was relatively slow on the 3G network.

>> Camera (9/10)
Just like smartphones, even the new iPad has an impressive 5MP camera. Apple has neatly used advance optics with an f2.4 aperture and five element lens that captures light efficiently as found in the Apple iPhone 4. The only feature missing is the HDR mode that can be added with the help of third party applications. This tablet also captures full HD videos. Plus, the front facing camera can be used for video calling.

>> Gaming (9/10)
Undoubtedly, iPad is counted amongst the few gadgets that offer superb gaming experience and is capable of giving competition to gaming consoles like the PSP. This tablet also has access to a wide variety of free and paid games that can be easily downloaded from the Apple App Store. The heavy graphic games that we tested launched quickly and there wasn't any lag while playing.

>> Portability & Design (9/10)
The new iPad has a rectangular design with a 10.1-inch capacitive touch display dominating the front. A circular button has been placed below the display to minimise and switch between running apps. A 30-pin proprietary charging connector has been placed at the bottom. With 9.4mm thickness, the new iPad is 241.2mm tall and is 185.7mm wide. At 622 grams it doesn't feel very heavy to hold either.

>> Battery (9/10)
The new iPad has got a superb display and quad core graphics that hogs a lot of power. But all this has not affected the battery backup. Apple claims to offer 10 hours of battery backup and we got close to eight hours on continuous usage that included browsing, playing games and watching movies. With just a couple of hours daily use, a single charge was good enough to last a week.

>> Audio Video (8/10)
The 10.1 inch capacitive touch display comes with a 2048x1536 resolution that is just ideal for watching full HD movies or playing heavy graphic games. Here we don't have any complaints about the viewing angle either. However, when under bright light, the screen catches reflections and that was a spoiler. The sound volume is loud but for an amazing experience we prefer to use external speakers or docks.

>> Data Storage & Transfer (6/10)
This is one front where the iPad doesn't score all that well. In terms of connectivity, the iPad is Wi-Fi and 3G enabled, but there aren't any USB ports for plugging in a pen drive. Similarly, the Bluetooth is restricted and cannot be used for transferring images and audio. The iPad has to be connected to the PC to transfer data. No expandable memory card slot either.

>> Productivity (7/10)
The capacitive touch display is very responsive making navigation easy. Typing on the onscreen keypad is also accurate after the initial hiccups. We could also split the keyboard into two. As the iPad operates on iOS, only notes and calendars are a part of the platform. There are many utilities applications available on the App Store for creating documents, reading/annotating PDFs, etc.

>> Processing Power (9/10)
The Samsung Galaxy SIII was among the most awaited smartphones of 2012. This flagship phone has a quad-core 1.4GHz processor paired with 1GB RAM. The speed is noticeable as the SIII powered on in around 19 seconds and was connected to the data services as well. We could easily zoom in and zoom out of hi-resolution images. We could also switch between the apps ithout any lag.

>> Portability & Design (9/10)
Smartphones are getting bigger displays and the SIII packs a 4.8-inch screen. With 136.6mm height and 70.6mm width, the SIII is quite a handful. But Samsung has thankfully restricted the thickness to 8.6mm and weight to 133 grams. However, the size isn't compact enough to slide it inside a jeans pocket. The 4.8 inch capacitive display is smooth and minimalistic controls have been added to the sides.

>> Web Access (9/10)
Though the browsers on Android smartphones haven't changed, the Galaxy SIII's hardware can propel it to great heights. The pages loaded quickly over the Chrome browser thanks to the inbuilt processor. The phone's browser also supports pinch and zoom along with full HD 1080p videos. We uploaded and downloaded content over Wi-Fi and cellular networks and there wasn't any lag.

>> Gaming (8/10)
Not all smartphones can handle heavy graphic games, but the Galaxy SIII is all geared for all such stuff. From launching the game to continuous gaming for hours, the SIII survived everything without any struggle. But the phone did heat up a bit after a some time of series gaming.

>> Camera (10/10)
One of the biggest highlights of the Samsung Galaxy SIII is its 8 megapixel still camera that can capture images of up to 3264x2448 resolution. It has a f/2.6 aperture and zero second shutter lag. There are various settings like touch focus, face and smile detection and digital image stabilisation. Images captured are sharp and do not have a lot of noise. The SIII can also capture full HD 1080p videos.

>> Audio Video (9/10)
The video watching experience over the 4.8 inch Super AMOLED HD resolution display was good. The video player onboard offered settings to adjust brightness, colour tone and enable outdoor visibility. It could easily play WMV, .AVI, .MP4 files without any problem. Even the sound output was loud and extremely clear, without any distortion

>> Battery (9/10)
A 2,100 mAh battery in a smartphone is huge. But then it also has alot more features to consume this power. Unlike tablets and ultrabooks, our smartphone stayed active 24x7. This included calls, messages, push emails, browsing, social networking and multimedia. Despite all this, the Galaxy SIII used to die only by the end of the day. Auto brightness and turning off vibrations helped in saving juice.

>> Productivity (9/10)
Not all smartphones have a good onscreen QWERTY keypad, but typing on the SIII was very smooth. This Android IceCream Sandwich phone doesn't have any dedicated office suite on board, but we could download document apps from the Google Play store. There are plenty of apps one can choose from to perform all tasks.

>> Data Storage & Transfer (10/10)
This is one segment where no one can beat the SIII. Along with the regular 3G, Wi-Fi, GPS and Bluetooth, it has the NFC-powered Android Beam and S-Beam. The model we had had an internal storage of 16GB with an expandable memory card slot that can further add 32GB storage card. We also got access to 50 GB storage on Dropbox for first two years. 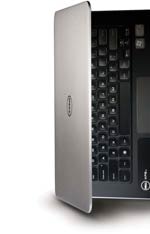 >> Processing Power (9/10)
The XPS 14 is powered by the Intel Core i5-3317U processor (3M cache, up to 2.6GHz), so it was no surprise that the full start up was just 38 seconds while from sleep it took three seconds to wake up . The high-resolution pictures that we tested all loaded without and lag and could be flipped and zoomed as we wished. We also compressed a 30-second 1080p clip into a 3GP format file in under 10 seconds.

>> Web Access (9/10)
From pressing the start button, the time to go online can be under one minute if you don't have to log in for an Internet connection. From sleep this can be under 10 seconds using a fast browser like Chrome. We tested download and upload on a Wi-Fi connection and the speeds were similar to the connected PC. With a Tata Photon dongle, the speeds differed at various time and locations.

>> Camera (8/10)
Like other laptops, the camera isn't one of the strong points of the XPS 14. However, the 1280x1024p option gives decent stills with not much noise. The pictures don't have much quality when blown up beyond 100 per cent and the noise is hard to miss. The video recording is also good at this resolution, but by good we mean in the sense of a video chat.

>> Gaming (8/10)
The Ultrabook didn't take an extra second to load games and the image rendering was good. The lack of a Full HD screen really shone with some of the high-end games we tried, but there was no heating up at any time. During the 3D Mark test we noticed some lines of the screen though.

>> Portability & Design (8/10)
Ultrabooks are thinner and lighter than traditional laptops. But they have been adding a bit of weight recently. So the Dell XPS 14 is 2.1 kg, about 500 grams more that some of the lighter laptops. The XPS 14 is still a thin machine with dimensions of 0.81 inch height, a width of 13.2 inches and depth of 9.2 inches. The slightly larger built and weight of this machine is also because it has a 14 inch screen.

>> Battery (9/10)
Despite the large screen and high processing power the XPS 14 delivered very close to the promised battery life of 10 hours. We got a good eight hours with regular use, including tests and browsing with idle time in between. So the 8-cell Li-Polymer, 69WHr battery is pretty much as good as it gets.

>> Audio Video (8/10)
The XPS 14 has a 14" HD+ WLED display which gives a crystal clear image all the time, but it is not Full HD and has a resolution of 1600x1200p. The viewing angles are okay, though the Corning Glass reflects light in some angles. Like all new Ultrabooks, this one too has great sound thanks to Waves MaxxAudio 4.

>> Data Storage & Transfer (9/10)
Unlike other Ultrabooks, the XPS 14 has a host of connectivity options including Wi-FI, Wi-Di, Bluetooth 4.0 wireless connectivity, two USB 3.0 ports HDMI and even an RJ-45 port. For storage there is a 3-in-1 card reader along with the 500GB 5400rpm hard drive. The Bluetooth 3.0 port ensures that data from external drives are transferred quickly.

>> Productivity (10/10)
With a full-size backlit chiclet keyboard, content creation is not at all an issue with the Ultrabook. The XPS 14 also has a Glass integrated button touchpad with multi-gesture support which gives more precision than regular touchpads. Running Windows 7 Home Premium, this device gives you access to the entire Microsoft ecosystem of software.

In association with Gadgets & Gizmos