IT companies are losing their sheen among employees

Lower growth rates and continued uncertainty in the IT industry's export markets have started reflecting in the industry leading to lower hiring, niggardly promotions and timid salary increments.

<em>Imaging by Santosh</em>
Goutam Das
Dileep Murthy was recruited by India's largest IT services exporter, Tata Consultancy Services (TCS), in 2009 from the Dr Ambedkar Institute of Technology, Bangalore. The mechanical engineering graduate underwent training in software development soon after joining. Eight months ago, he quit TCS to join automobile component manufacturer Meritor Commercial Vehicle Systems where salary levels, he found, were 35 to 40 per cent higher than in the IT services industry at his level. At TCS, "I was doing well and got promoted too. But as a mechanical engineer, I wanted to work in a more productoriented company. My expectations were different," Murthy says.

Manufacturing companies usually struggle to get employees such as Murthy. India's IT industry - one of the country's largest employers with a workforce of nearly three million - often mops up all the good engineering students, much to the dismay of other industries. But this paradigm seems to be changing.

The IT industry's growth rate has halved ever since the global recession battered its primary revenue markets. The industry, which enjoyed growth rates of above 30 per cent in the 2003 to 2008 years, before Lehman Brothers went belly up triggering a global slowdown, is now growing at under 15 per cent. In 2012/13, according to industry lobby NASSCOM, IT-BPO exports and domestic market revenues totalled $108 billion, just seven per cent up from the previous year. In 2011/12, the figure was 15 per cent.

Lower growth rates and continued uncertainty in the IT industry's export markets have started reflecting in the industry leading to lower hiring, niggardly promotions and timid salary increments. The salary differential Murthy discovered at Meritor is not because manufacturing firms have suddenly jacked up pay packets. It is because salaries in the IT industry are growing slowly, if not stagnating.

Not surprisingly, the employer friendly IT industry is losing some of its charm. Last year, Business Today's list of the 25 best companies to work for included 13 IT companies, with eight in the Top 10. This year, there are just eight IT companies in the list of 25, with six in the top 10, and barring Google and Accenture, all have fallen in rank.

"In the era before 2008/09 all companies which did innovation on the supply side grew very fast and became tier one," says Saurabh Govil, head of HR at Wipro, India's fourthlargest IT company. "Companies did large setups for hiring and attracting people. There were crches in companies, fancy campuses with five restaurants. Those were novelties. People grew fast and made money. The industry could afford to pamper people because that was the need."

But over the past five years, the industry has stopped pampering fresh hires. Salaries offered to campus recruits have not changed in this period, while other sectors are offering higher packages. "Entry-level salaries are still between Rs 2.5 lakh and Rs 3.5 lakh. The auto industry offers more to entry-level engineers at Rs 4-5 lakh. If you take inflation into account, salaries have actually come down in the IT industry," says K. Lakshmikanth, Managing Director, Head Hunters India, an executive search firm.

Across-the-board double-digit hikes, common before 2009, are a thing of the past. While the industry's need for hiring people in bulk has dropped because of slower growth and immigration regulations in advanced countries, the country's supply of engineers has been increasing. There is now a glut of engineers, reducing their bargaining power.

According to a report in May this year by Kotak Institutional Equities, the country's technically qualified talent output in 2004 stood at 273,342 annually, while the industry's net employee addition per year was 160,000. By 2013, talent output soared to 1.07 million while the net addition was just 188,000 - in nine years, talent output jumped almost 300 per cent. "We believe excess supply of engineers will moderate wage revisions to mid-to-high single digits from low-to-mid teens earlier. Entrylevel salaries may remain unchanged or even decline for an extended period," Kawaljeet Saluja, analyst with Kotak, wrote in the report.

However, the glut in the industry is not universal, says Srikantan Moorthy, Group Head of HR at Infosys, India's third-largest software exporter. "The supply-demand scenario varies as per skill and experience required across the IT industry.

Currently, there seems to be a greater supply than demand situation at the fresher level given the slump in hiring from campuses. However, demand is higher than supply for niche and emerging skills," he says. 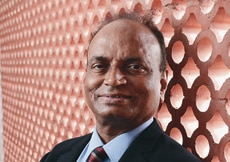 The auto industry is offering better salaries. If you take inflation into account, salaries in IT companies have come down: K. Lakshmikanth
The industry now needs more people in analytics, for instance. And data scientists can command a premium over other engineers - Dell's Director for Analytics Pankaj Rai told Business Today last year that data scientists in his company with five or six years' experience were paid a 22 to 25 per cent premium over other departments.

Even so, opportunities for foreign assignments for engineers with niche skills have dipped because of new regulations and protectionism in the West. The Border Security, Economic Opportunity, and Immigration Modernization Act, introduced in the United States on April 17 this year, will force Indian companies to ramp up their local workforce.

However, there is a silver lining. Dileep Murthy's example shows core engineering companies will be able to hire the best talent for infrastructure projects and product development. And the IT industry will be more selective in its choice of students. "We'll focus on the right campuses. There will be a good balance between quality and quantity," Wipro's Govil says.