Yes, you will be ashamed to go to college without one of these. But which ones are ideal for students without burning a hole in their parents' pockets?

Nokia Lumia 620
Nidhi Singal
A student's life today is incomplete without a smartphone. Students have moved beyond text messages and calling and stay active on messengers such as BBM and Whatsapp. They don't pick newspapers to check the show timings or which restaurant to visit. Instead, they rely on the apps on their smartphone. Be it searching the web or taking notes while attending a lecture, the smartphone today acts as a perfect companion. The best of these can cost a bomb, but we have listed some of them within a reasonable budget.

Samsung Galaxy Core
Price: Rs 15,000
Samsung has a wide range of Android smartphones starting for as low as Rs 5,000 and touching the Rs 45,000 mark on the higher side. While you can aspire to own a Galaxy S4, the Galaxy Core is one that will fit our budget. It has got a 4.3-inch display along with a 1.2GHz dual-core processor and 1GB RAM. Running Android Jelly Bean, it comes with 5MP camera and 8GB of internal storage. While this will let you handle all tasks with ease, you can also consider the Samsung Galaxy Quattro with a quad-core processor for Rs 16,500. 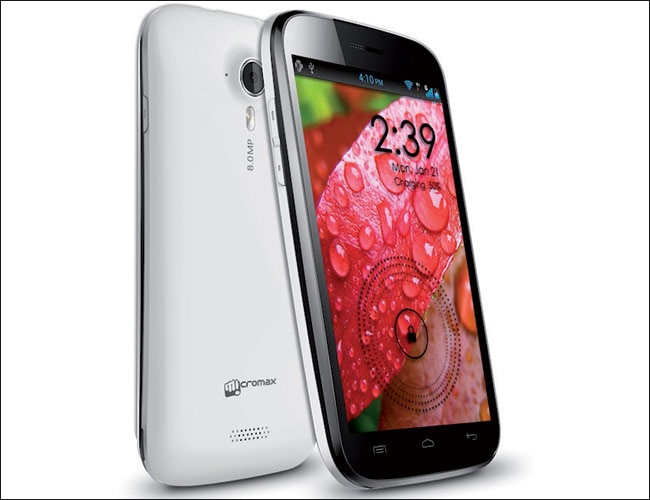 Undoubtedly, the best Canvas smartphone from Micromax, the Canvas HD has got 5-inch IPS panel display with 720p resolution. This smartphone is powered by 1.2GHz quad core MediaTek chipset. It has also got 1GB RAM, an 8MP rear camera, 4GB internal storage and a 2000 mAh battery. Running Android Jelly Bean (v4.1), it has got connectivity features such as Wi-Fi, Bluetooth and micro USB 2.0. While the device performs smoothly, don't expect the performance to be in competition with the high-end quad core smartphones.

Nokia Lumia 620
Price: 14,999
If you think everyone using Android is a good reason for you to be different, then Nokia Lumia is the one for you. The Lumia 620 has got a 3.8-inch screen with Nokia's ClearBlack display technology. It has got a 1GHz dual-core processor coupled with 512MB of RAM. A 5MP camera sits at the back while offering 8GB of internal storage and support for memory cards. With a 1300 mAh battery, aps like Cinemagraph, Smart Shoot, City Lens, Microsoft Office, Nokia Music, OneNote, Lync, Skype and Nokia Maps come pre-loaded.

Gionee E3
Price: Rs 14,999
Chinese phonemaker Gionee's hardware is so good that it can easily compete against the likes of Micromax. The E3 has got a 4.7inch display in a sleek 7.9mm chassis. Even this has got a 1.2Ghz quad-core processor with 1GB RAM. Gionee has loaded a custom skin over the stock Android, which feels good and doesn't spoil the performance. The 8MP camera captures decent images. 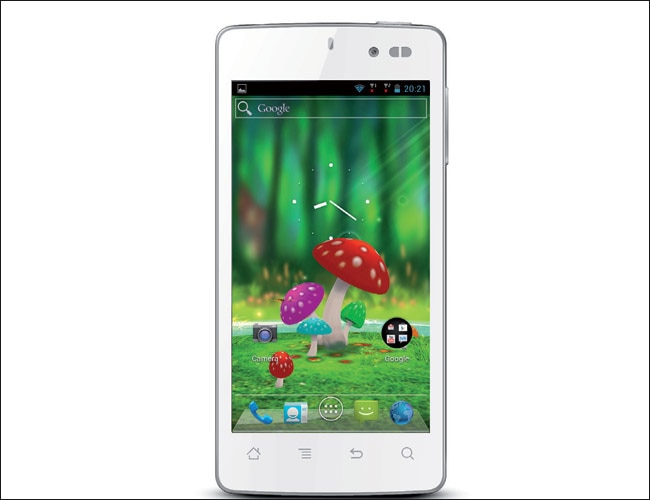 This is a decent budget phone with a 4.5-inch display and a quad-core processor. Running Android v4.1, quad-core is clocked at 1.2GHz and paired with 1GB RAM. There is 4GB of internal storage, which is expandable up to 32GB via a microSD card. The 5MP camera is just average. The only downside of the Titanium S1 is its plastic back and lack of FM Radio.

Samsung Galaxy Star
Price: Rs 5,420
The cheapest Android smartphone from Samsung in its Galaxy range is the Star. It has a 1GHz processor with 512 MB RAM, but the 3-inch capacitive display makes it look small. This is a dual-SIM smartphone running Android v4.1 and comes with 4GB internal storage. This device can only handle basic tasks such as email, browsing, calling, etc. While we keep talking about smartphones, the fact remains that most of India can't afford one. With people aspiring for smartphones, feature phones now give you a lot of smart features. The Asha 501 is one such smart and trendy phone for the Aam Aadmi. This 5-inch phablet comes with a display resolution of 960x540 pixels. It operates on the latest version of Android OS, v4.2 and has got a 1.2GHz quad-core processor with 1GB RAM, 4GB internal storage and 2000mAh battery. Intex is boasting about the 12MP camera with BSI sensor and LED flash.

BlackBerry 9220
Price: Rs 8,999
The BlackBerry Messenger made the BlackBerry 8520 the preferred device for students in the past. Today's 8520 equivalent is the BB 9220. It has got a 2.4-inch display with QWERTY keypad. Running BlackBerry OS 7.1, it has got a 3.2 MP camera, FM Radio and a 1450 mAh battery. The only downside is that it feels plasticky and doesn't support 3G.

BlackBerry
BlackBerry has a clear divide between its smartphones. A large chunk continues to run Black-Berry OS 7/6 while there are three new smartphones operating on the all new BB OS 10. But at this moment, the devices running on the latter are priced at `24,999+.

iOS
Apple's operating system can be only found on its iPhone and iPad. It has got neat looks with no hidden menus. Every app is placed on the running screens on the home that can be added to the folders. This is by far the smoothest operating system and hardly hangs. But unfortunately, the cheapest iPhone at the moment is priced around Rs 20,000, that too if you avail the buyback offer running in the market.

Windows Phone 8
Thanks to Apple, everyone was forced to rework and even innovate their existing operating systems for good. Microsoft was quick enough to completely change the looks of the existing Windows Mobile operating system with big tiles and easy-to-use interface. A year on, it is only Nokia that is actively focusing on this platform and taking it to the masses.

Android
Soon after Apple unveiled the iPhone, Google announced its Android platform. This open source platform was initially restricted to high-end smartphones but gradually trickled down to smaller players with cheaper phones. Android now commands over a third of the smartphone market.