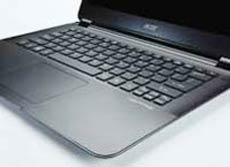 If Acer Aspire S5 Ultrabook was thin, then we will have to look for new words to define the S5. This ultra-slim device has a maximum thickness of 15 mm and weighs less than 1.35 kg despite the 13.3-inch LCD. The Aspire S5 features an Intel Core processor, SSD storage for speed and increased shock resistance, professionally-tuned Dolby Home Theater v4, long battery life.

The latest entrant in the smartphone race is Lenovo with its S2- yes, another S2. The phone tries to do a BlackBerry with advanced security systems and secure networks. However, the phone, despite its dual-core 1.4GHz Qualcomm Snapdragon processor, will run Android v2.3 (Gingerbread), not Android v4.0.

Lenovo has also come up with a new tablet featuring Android v4.0, or the Ice-Cream Sandwich. The 10-inch S2- yes, yet another S2-connects to a detachable keyboard, like the Asus Transformer. With a dual-core 1.7GHz processor, the S2 tablet will have 64GB of storage and weigh 60 gm.