Chinese handset makers make the most of competition in India

Players such as Xiaomi, Gionee and Motorola are winning against Indian and global competitors with better specs and quality hardware.

There was a time when flagship smartphones from global brands were way ahead of the competition in India, both in terms of looks and performance. But the market dynamics have changed thanks to increasing competition from Indian handset manufacturers, top Chinese players stepping into the country, and the return of Motorola.

Global players such as Sony, Samsung and HTC have now been forced to come out with good smartphones at competitive prices. However, it's the Chinese players such as Xiaomi, Gionee and Motorola which are winning the game with better specs and quality hardware.

We talk about a bunch of good brands creating a niche for themselves with some great devices.

Redmi series: At the launch of the Mi3, Xiaomi shared its plan to launch two more smartphones under Rs 10,000 in India. The Redmi Note (in picture) will be priced at Rs 9,999 and the Redmi 1S at Rs 6,999.
Just about four years old, Xiaomi (pronounced as Shao-me) was started by eight co-founders in China. They came up with their first smartphone, Mi1, in 2011 and received around 3,00,000 orders within a few hours. The Mi2 followed the initial success story and sold more than 10 million units. The Mi3 is again a popular phone, launched in India recently.

While all this sounds ordinary, there are many special things about Xiaomi. The company isn't available in any offline retail channel and sells phones online. It doesn't believe in traditional marketing campaigns and instead communicates through social networking sites.

Its flagship smartphones are not expensive. The company believes in offering phones almost at cost and earn money by selling the devices for over a year and a half and also by making and selling accessories. Lastly, it is one company that updates its phone's operating system and features 'Over the Air' update every alternate week.

For a new brand name in India, the Mi3 has received a spectacular response. The company comes up with flash sales on Flipkart and puts up 10,000 to 15,000 units on sale every time. It has received more than 350,000 registrations for the Mi3 - a huge number.

While the first sale finished in 40 minutes, subsequent ones lasted five seconds and then only two seconds. For the last two sales, the company allowed users to add the phone to their cart and make payment before the end of the day. Xiaomi Mi 3: The best-selling smartphone for Xiaomi till date. While the company has announced the launch of Mi4 in China, it hasn't revealed its plan to bring the latest device to India yet.

You couldn't have missed Gionee's advertisement of the world's slimmest smartphone - the S5.5 - taking a dig at the Samsung Galaxy S5 by saying it's 'not made of plastic.' Well, that's Gionee for you, which has been very aggressively advertising its two flagship smartphones - the Elife E7 and the S5.5.

Unlike Xiaomi, this isn't a new company. Founded in China in 2002, Gionee entered India last year to compete against global brands such as Samsung and Nokia as well as Indian players including Micromax and Karbonn. Within a short span of time,

Gionee has rolled out a wide range of handsets. It has received a good response, both for the hardware and software. The company, valued around $2.3 billion, claims to have already reached a turnover of Rs 500 crore within a year of launching its Indian operations last February. It has captured a two per cent market share and sold eight lakh handsets.

The company expects to reach a target of Rs 2,500 crore by the end of this year, with average revenue of Rs 125 crore a month. Gionee is looking at becoming the number six player in India, with local sales of six million smartphones out of the 35 million global sales target by the end of 2014 from 15 models. 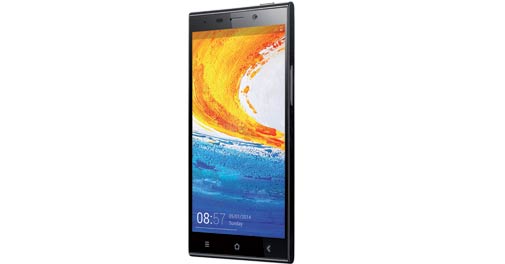 After making its presence felt in China, Oppo Mobile decided to enter the evolving Indian handset market earlier this year. The company has invested heavily by signing actors Hrithik Roshan and Sonam Kapoor to promote its handsets. It believes in laying emphasis on 'experience'. The company plans to have a diverse portfolio of more than 10 mobile phones across categories by December 2014. It ventured into India with the flagship N1 abd now has quite a few offerings in the market. 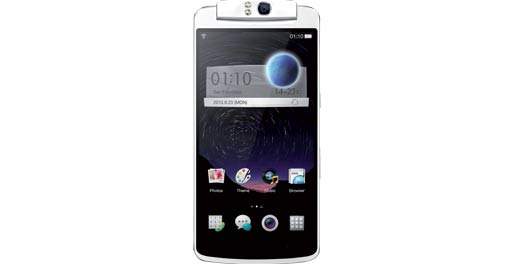 The N1 sports a stunning 5.9-inch Full HD IPS Capacitive Touchscreen. It is powered by a 1.7GHz Qualcomm Snapdragon 600 Quad Core processor and is accompanied by 2GB of RAM and the Adreno 320 GPU. It has a 13MP rotating snapper that comes with a dedicated image signal processor, aperture f/2.0 and dual mode LED along with features such as beautify, high speed, panorama, and slow shutter. It comes with 16GB of internal storage and is priced at Rs 32,990.

The Oppo Joy, retailing for Rs 8,990, runs on Color OS (based on Android 4.2). It has dual-SIM capabilities and a unique feature called Hotknot that not only enables faster transmission of data but secure file sharing as well. The device has a 3-megapixel rear camera plus a 0.3-megapixel front camera. It is a power-packed device with a 1.3GHz dual-core processor, 4GB user memory, a microSD slot that supports up to 32GB storage and a 1700 mAh battery.