Are we ready for converged devices?

A single gadget that can carry out the specialised functions of two or more other devices can be called a converged device.

Nandagopal Rajan
Experts have been talking of device convergence as the next big thing in technology for well over a decade. But it only now that we have started seeing and using devices that share the same resources for synergised functions. This year, we have used cameras that let you browse the Net, share photos and even play games.

We tested televisions that let you do most of the things you would on a personal computer. The tablet now aspires to be a computer as well as a phone. Yes, this is the era of the interlinked, converged gadget. The mobile phone has been a converged device for a long time. It started by incorporating the simple roles of a pager, alarm clock and calculator. Now, it uses its tech resources to be a computer, camera and music player all in itself, while adding new functions every day through the millions of apps available.

A lot of other devices are now harbouring similar dreams. The new breed of Android cameras, for instance, try and add as many functions of a smartphone as physically possible. Both the Nikon S800c and the Samsung Galaxy Camera can let you edit and share photos you have clicked, wherever you are. The Samsung device comes with a SIM slot so that you are not even tethered to a Wi-Fi hotspot like the former.

Epson's Moverio seethrough mobile viewer is now mainly used as an entertainment system allowing customers to enjoy movies and Internet on the go. In the future, we aim to make Moverio even easier to wear and dramatically expand the number of applications by taking advantage of the product's ability to show digital images whenever and wherever customers are.

The big facilitator here is the Android platform, which can be easily added to any device with a screen. So Android now powers devices as diverse as phones and televisions. Having Android on board means these devices - well, most of them - are linked to the app ecosystem and can boost their capabilities.

With smart televisions you can play games, open and edit files that you have on Dropbox or other cloud services, check mail and so on, even as it improves on its core features with Full HD playback and 3D.

The launch of Windows 8 has also ushered in a lot of such hybrid devices, mostly laptops that convert into Ultrabooks and vice-versa. And since you can make a full voice call from such devices, you have smartphone functionality too. With this happening on Windows, we are likely to see mass acceptance of converged gadgets that are good at both content creation and consumption.

Another factor that is aiding convergence is the increasing accessibility to high-speed wireless Internet. You will notice that convergence now means giving connectivity to devices that are traditionally not known to have the same, like a camera or a refrigerator or even a DVD player.

An interesting device that came out this year was the Epson Moverio BT-100, a personal video viewer that looks like over-the-top sunglasses. But the device is Android based and lets you surf the Net or watch videos online in splendid solitude.

Since the device also lets you observe your surroundings even as you are watching a 3D video or reading something on a website, it could be the precursor to devices that use augmented reality to your benefit.

The best example of a seamless tablet and keyboard form factor can be seen in The Eee Pad transformer tablets which started the wave of hybrid tablet designs in the market. Its 10.1-inch Android tablet with a detachable keyboard, extra connectors and a built-in battery helps one to get through the longest of days.

Alex Huang, Managing Director of Asus India's System Business Group, says that convergence is becoming a major business driver as users are finding the multiplicity of gadgets difficult to manage. "An evolved user wants to carry a smartphone, a tablet and maybe a laptop PC or an Ultrabook. With the growing demand, the industry has adopted this trend of confluence of devices."

According to Huang, innovation focused on quality and the development of user-friendly applications and hardware will transform the market, opening the door to a myriad of products.

"Converged devices seamlessly integrate voice and data functionalities, making instant access possible anywhere and anytime," he says. "Companies will need to have expertise in tablets, notebooks and smartphones to succeed in the future marketplace. In the coming days, users will have a single held device with the capability of being used all the times and supporting all features."

Another area where you will likely see a lot of convergence will be the automobile sector where connectivity is already becoming a buzz word. 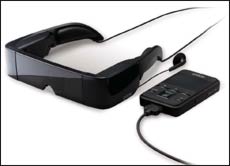 A good example of convergence is Ford's revolutionary SYNC connectivity which maintains the continuity of your phone call even as it is transferred from the handset to Bluetooth when you enter the car.

The technology also allows the driver to make calls or play music via voice commands and a steering wheel-mounted controls. This is becoming a norm even in mid-level cars. Soon, you will see this continuum between other devices too - like music or video on the phone shifting to in-car entertainment systems as you open the door of your vehicle, or users being able to take away their television content on a tablet or phone screen as they walk out of the house.

However, the initial wave of converged devices has shown that it is tough for manufacturers to provide devices that are good at everything they do. For instance, the Android cameras are great converged devices, but not exceptional cameras.

THANKS TO ANDROID, WITH SMART TELEVISIONS YOU CAN NOW PLAY GAMES, OPEN AND EDIT FILES THAT YOU HAVE ON DROPBOX OR OTHER CLOUD SERVICES, CHECK MAIL AND SO ON, EVEN AS IT IMPROVES ON ITS CORE FEATURES WITH FULL HD PLAYBACK AND 3D.

Intelligent features in smart TVs, like motion control and voice control, need fine-tuning before they can be used effectively enough to replace the remote. Another pitfall with these devices is security. Since users will need to give their personal details to use the Android OS on some of these devices there are chances that cyber criminals will target these gadgets for data theft.

While most Android users don't bother to get good protection on their phones, the chances of their adding an anti-virus to a camera or television are even more remote. This is a concern manufacturers will have to address soon.

But there is no denying the fact that devices of the future will have to be converged in one way or the other. A gadget with a sole function will soon become a thing of the past, unless it is an accessory like a headphone or mouse. What do you know, even these devices are now expanding their horizons.
Your favourite tech magazine Gadgets & Gizmos has gone digital! Grab your copy now!