Wireless technology is changing the way we work and live

Almost every gadget in your home can work without wires. In fact, anything that needs wires to connect is old fashioned.

Team G&G
How the world has changed. Till recently, wires used to be an integral part of any technology. But now all gadgets are becoming increasingly wireless, at least when it comes to sharing or taking content from one point to the other. Wireless technology is helping make entertainment more hassle-free and homes more secure. The last frontier or wireless technology is, of course, power. But there have been efforts to breach even that. Read on. Even hi-fi audio can now be streamed wirelessly from a source to multiple speakers. From top-end solutions like Audio Pro Wireless to more common Bluetooth and Apple's very own AirPlay there are many ways to share content all over the house. You no longer need wires to enjoy great music.

LG CM9730
Rs 75,000
A monster of an audio player with sound that can shatter glass metres away. But this mini Hi-Fi can play music from your phone and you wouldn't guess that the source is not even in the same room.

Bose SoundLink
Rs 22,388
This might look small, but it produces stunning music as you would expect from this company. The small audio box is AirPlay enabled and is easy to set up. It can also play music the conventional wired way.

Sony's ZS-BTY52
Rs 8,990
This NFC-enabled speaker lets you stream music from a compatible phone by just tapping the two devices together. In case you don't have an NFC phone, then it can use Bluetooth to play from iOS or Android devices.

DIGITAL PHOTOS WITHOUT COMPUTERS
Till early last year, the digital cameras had been fettered to a computer. Now, there are cameras that can shoot, edit and share pictures without any help from computers or other devices. They do this by linking on to Wi-Fi networks to connect to the Internet. Some even have SIM slots to go beyond limited Wi-Fi ranges. All indicators suggest that by the end of this year, Wi-Fi will become a standard feature.

Galaxy Camera
Rs 26,000
This is the big daddy of connected lenses thanks to SIM slots, Wi-Fi and Bluetooth connectivity options. This Samsung camera also has an Android operating system inside.

Cyber-shot WX300
Rs 19,990
Among the new mid range point-and-shoots to feature Wi-Fi, this Sony camera can be used in tandem with a smartphone which will be like a wireless remote.

Canon IXUS Rs 11,000+
The new IXUS 135, IXUS 255HS, IXUS 140 all have Wi-Fi connectivity, yoked on to midlevel point and shoots with different features and zoom ranges.

SHARE VIDEO ACROSS SCREENS
One of the next big leaps for technology will be with the "continuum" in content. This means you will be able to transfer live content from one screen to the other as you are watching it. While moving content seamless from a phone to a TV to a tablet is still a couple of years away, you can now see the same content over many devices. 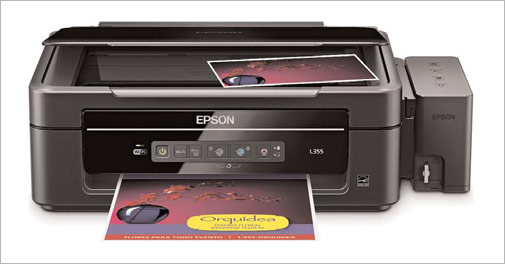 For years, printing documents required us to connect our laptops to the printer through a cable. But connected printers are changing this. The latest wired ones come with eprinting options that let you send a print to the device via email from a remote location. And if you don't want someone else to pick up your prints before you, then they can be password protected to print only after you have keyed in the same on the device. Wi-Fi enabled printers, on the other hand, can take print commands from any computer on the same network. There are also apps that let you print documents from smartphones and tablets as well.

Epson L355 is Wi-Fi enabled and comes with the iPrint feature that allows direct printing from an iOS or Android device. The printer has an all-in-one ink tank system that prints approximately 4,000 black pages per refill. (Price: Rs 14,199)

HP Deskjet Ink Advantage 5525 is an all-in-one printer that comes with built-in Wi-Fi while offering support for eprints as well. It offers a print speed of 11 sheets per minute on monochrome and 8 sheets per minute on colour. It also supports Apple Air Print. (Price: Rs 9,024)

MIRROR LAPTOP TO TV
Mirroring laptop screens earlier meant a VGA cable connecting the computer to the TV. This was tough as televisions hardly ever came with a VGA port. With thenew Ultrabooks, running Intel 2nd or 3rd generation Core processors, you can instantly share the screen with a compatible television. It works well if you want to make a presentation or a flat screen or just watch a YouTube video. In case the TV is not compatible, you will need to buy a router that will catch the signals and send it to the TV over HDMI cable. We are all going increasingly mobile, but our small devices don't have the kind of storage that we would love. But now you can play your entire video library or listen to all your playlists on your phone or tablet without actually storing the files in them. We could call it a personal cloud, but these are actually storage devices that create wireless networks of their own that can be linked to mobile devices. Such files can be accessed using dedicated apps. While the wireless clouds have limited signal fields, you can always carry the storage device wherever you go.

Seagate Wireless Plus (Price: Rs 16,000)
This small box gives you 1TB of storage to boost the capacities of smartphones and tablets as well as other computing devices. Seagate pioneered this technology with the GoFlex Satellite a couple of years back.

PERSONAL ENTERTAINMENT
New wireless products like personal video viewers let you watch what you want wherever you are. They can link up to a wireless network and stream videos and the Internet to small LCD screens in front of your eyes. Then there are many wireless headphones that bring you lossless audio from a television screen or a music system.

Sennheiser RS 220 looks like any top end headphone for audiophiles. But then this is wireless. The headphone comes with a control unit which links to the sources and beams lossless audio wirelessly for the headphone to catch. (Price: Rs 29,990*)

Moverio BT-100 is an innovative Android mobile viewer from Epson that lets you enjoy video right in front of your eyes. While there is a wired controller which also stores content, you can also use the Wi-Fi to stream in online videos. (Price: Rs 42,900) 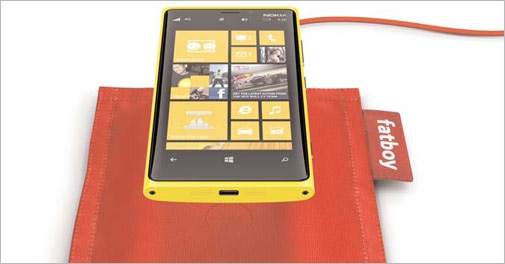 With wireless charging all you have to do is place the smartphone on a wireless charger to initiate charging. Of course, the wireless charger itself must still be plugged into the wall. The technology is based on the principle of electromagnetic induction and will be more visible in devices this year.

Powermat
iPhones and Samsung Galaxy SIII can also be wirelessly charged using the Powermat's wireless charger. Powermat is a proprietary standard that comes from Duracell. Projectors have never been loved outside meeting rooms. Their old box look and clunky size, along with the mess of wires it takes to connect them to your devices have kept it away from many homes. But all that is pass. Now, projectors can connect and effortlessly switch between multiple computer sources and project content real-time. They create wireless networks of their own which can be accessed from the source device.

BenQ W1500 is a DLP wireless projector that is capable of projecting FullHD images. Using WHDI dongles, audio and video signals can be transferred to the beamer. It can also play full HD 3D content wirelessly. The BenQ GP10 is a cheaper and compact option for the home with wireless connectivity. (Rs 1,75,000 & Rs 52,000)

REMOTE ACCESS
In a bid to protect urban homes, companies are coming up with solutions that let you lock and unlock doors wirelessly and remotely. While these smart features add security to the home, they also bring the comfort of not having to walk up to the door to let someone in. As the future of locks are heading towards remote keyless entry, there will be solutions that will allow you to unlock the door with a touch of the smartphone.

MONITOR YOUR HOME FROM ANYWHERE IN THE WORLD
With a wireless security cameras system, you can avoid the complicated drilling, hammering and installation process often associated with hardwired security systems. This new technology offers user-friendly plugn-play features and easy configuration to remote view live footage through a computer or smartphone. It is also easier to change the location of the cameras if they are wireless.

Axis M1054W is a wireless network camera with the 1280x800 p video recording capability. It has got a two-way audio and comes with hosted video service.

D-Link DCS-930L is a home network wireless camera that offers remote video monitoring and recording feature. It has got a CMOS sensor with plastic lens for excellent image quality.

Zicom The company has network wireless cameras that offers remote video monitoring and recording feature. It has got a CMOS sensor with plastic lens for excellent image quality.

THROW CONTENT FROM PHONE TO TV
Now you can effortlessly share your media wirelessly from the multimedia gallery of your handset to a big screen TV. All manufactures are looking at ways to make streaming media much easier. Here are the common standards:

DLNA allows you to share and receive digital content to compatible devices via a common WLAN. Works particularly well with companies like Sony that manufacture both TVs and handsets.

Samsung All-Share lets you search for and play video, photo and music files freely across many supported devices such as PC, TV, mobile phone and digital camera.

Panasonic has a Viera Remote smartphone app with a new ability called Media Flick that lets you start streaming media to your set with just a finger swipe.

*An earlier version of this story had incorrectly given the price of Sennheiser RS 220 headphones as Rs 16,000. The correct price is Rs 29,990.