Ultrabooks to be launched in 2012

The ultrabooks that we have in the market now are just the first lot. The real game changers will actually hit the shelves only by the middle of 2012. Here's what is lined up.

Some call these the "super ultrabooks", maybe because at 1.2kg the Z330 is lighter than the rest of the pack by at least 100 gm. LG hasmanaged to get the 13-inch display into a compact 12-inch chassis and a 1.47 cmthickness all across with no tapered edges. The Z430 will be among the first14-inch Ultrabooks available, but it will be heavier at 1.5 kg. The larger onewill also have both SSD and HDD, meaning storage capacities of up to 500GB andalso a bigger price tag. 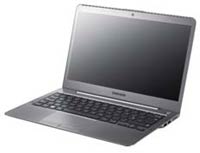 SAMSUNG SERIES 5
In the next wave of Ultrabooks to hit Indian store shelveswill be the Samsung Series 5. While there will be 13.3-inch and 14-inchversions of this thin and lightweight models, the latter will be the first tofeature a DVD drive in the ULtrabook category. The Ultrabooks promise a20-second boot-up and wakes up in just two seconds. Web browsing is twice asfast as the previous generation of notebook PCs. The 14-inch version will alsofeature 500GB storage with the ExpressCache technology.

ACER ASPIRE S5
If you thought the MacBook Air is thin, you haven't seen theAcer S5. The S5 is just 1.5 cm at girth and weighs 1.35 kg. The full-metalmagnesium-aluminum alloy body of the 13.3-inch S5 impressed all those spottedit at CES 2012. In fact, some expressed apprehension that the body was so thinyou could "cut yourself with it". The device is expected to be among the firstdevices to run the Intel Ivy Bridge1.70GHz processor and will have the Intel HD4000 graphics. Along with HDMI, theS5 will have two USB 3.0 ports as well as a ThunderBolt. Reports suggest thatthe S5 will have just 5 hours of battery life and could cost well over $1,000.

HP ENVY 14 SPECTRE
The HP Envy 14 Spectre must be the most awaited Ultrabook atthe moment. Along with its promise of stunning performance, this device hasalso captured attention for its unprecedented use of glass. The Spectre useslightweight, scratch-resistant glass on the lid, display, palmrest andHPImagePad. It also sports a full 14-inch screen inside a 13.3-inch body andthe HD Radiance Display offering top of the range resolution and the richestcolours. The HP Spectre is fast running on the latest Intel Core processors andstill boasts up to nine hours of battery life. The 2-cm-thin HP Spectre weighsjust above 1.5 kg and includes up to 256 GB storage. Despite being an Ultrabook,the HP Spectre has a full array of advanced input and output options, includingGigabit Ethernet, USB 3.0, HDMI and Mini DisplayPort. The HP Envy 14 Spectre isexpected to be available in the USin February with a starting price of $1,399.

SAMSUNG SERIES 9
The Series 9 Ultrabooks will come with an duraluminenclosure with arching curves and remarkable durability. Despite being twice asstrong as aluminum, duralumin is lighter and hence these devices will weighjust 1.3 kg with the battery. The Series 9 also includes backlit keyboard,brilliant LCD display screen and a large multi-touch clickpad. Pushing thelimits of Ultrabooks, the Series 9 promises a 3-second start-up and a batterylife of at least seven hours. 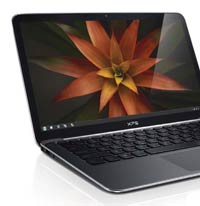 DELL XPS 13
Those who have seen and used it term it the "best deviceDell has made in years", and the chances are they could be right. ThisUltrabook will be the latest in Dell's high-performance XPS segment and willweigh just 1.4 kg with a maximum thickness of 1.8 cm-its thinnest point is just6 mm. The device reportedly gives about eight hours on a single charge andsticks to Intels quick start standards. The starting model is expected to runan Intel Core i3 with a 128GB SSD and cost $999, while the fully loaded versionwith a Core i7 and a 256GB SSD will cost $1,499.